Five-year-old Esteban Estrada spent five days in the hospital after an SUV that was hit by a car plowed through a fence and hit him in his yard. 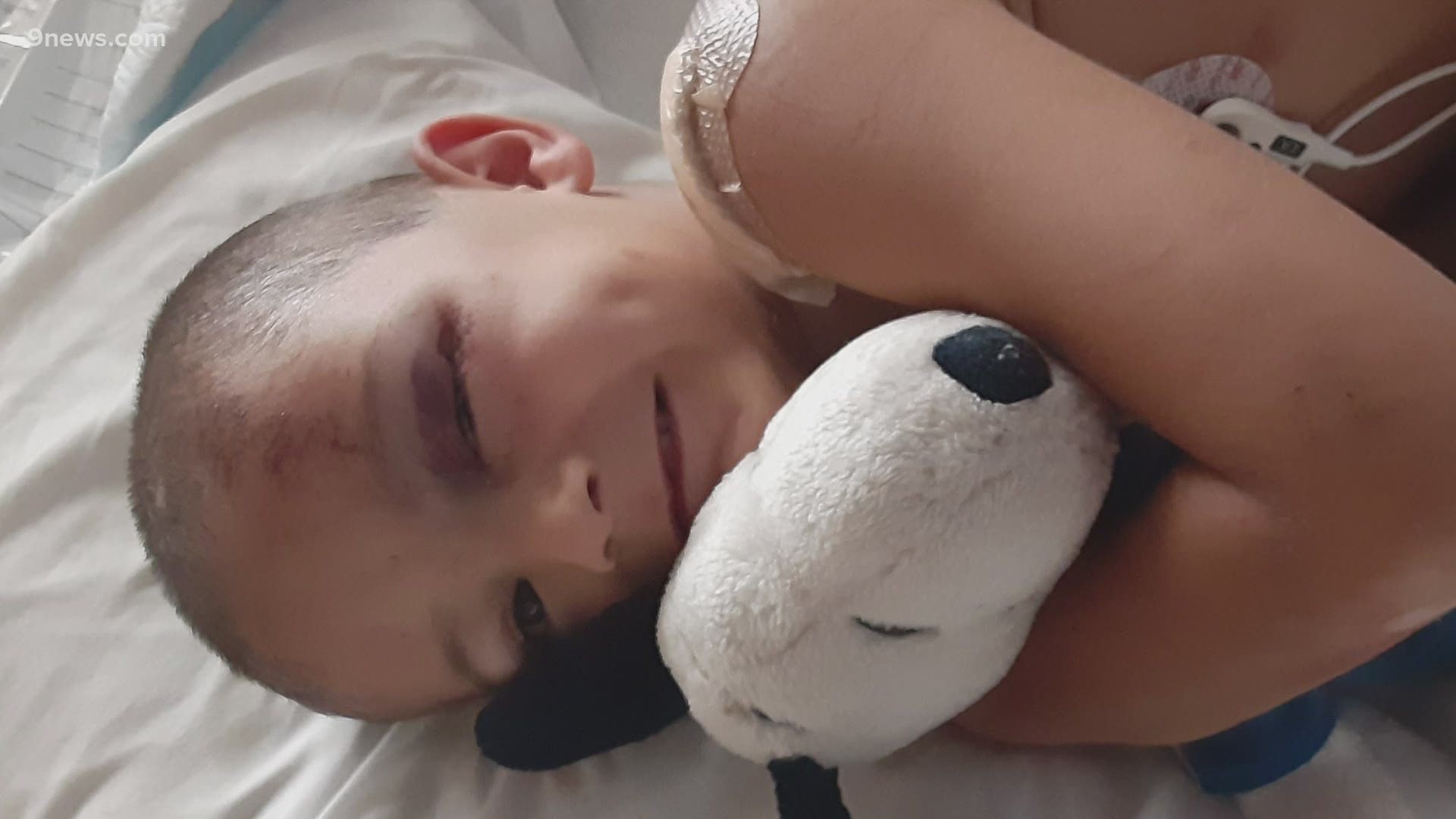 AURORA, Colo. — The boy hit by an SUV that plowed through the fence around his grandmother’s backyard last Thursday will likely need months to recover from a serious head injury.

Esteban Estrada was playing with relatives when police said the driver of a silver sedan rear-ended a Ford Explorer, causing the SUV to veer off the road near East Quincy Avenue and Smoky Hill Road just before 4 p.m. last Thursday.

Police blame the driver of the silver sedan for causing the crash and not stopping to help.

Esteban’s father, Shane Estrada, was at work when he received a phone call telling him he needed to go to the hospital.

“By the time I got there they were running x-rays and CAT scans,” Estrada said. “We were told he was bleeding from inside his head. He had a fractured skull. He had bruises and everything everywhere. They ended up putting anywhere from 26 to 30 staples in his head.”

Aurora police said the driver of the Explorer, who Estrada said helped perform CPR on Esteban after the crash, was also taken to the hospital with minor injuries.

Esteban was released from the hospital Tuesday afternoon. He has trouble with his balance, holding his head up and walking without help. His dad expects he’ll need months of physical therapy and speech therapy. He must also take several medications, including one to prevent seizures.

“He’s really traumatized by this,” his father said. “He keeps telling us that the guy is going to come back and get him. It hurts. We keep telling him that nothing’s going to happen to him and he’s all better. He’s just really scared. He doesn’t want to go in the backyard anymore.”

Esteban’s mother, Selena Mestes, is taking time off work to care for him, which means the family will have to make ends meet with one income, instead of two.

Esteban’s aunt has set up an online fundraiser to help pay for his medical bills.

“For him to continue getting better, that’s my main goal right now,” Esteban’s father said. “But, I just wish this person would step up and take responsibility for what you did. Life’s hard. But, when you make wrong choices, this is what happens - other people’s lives come in jeopardy. And this time it happened to be my son.”

Aurora Police have released dashcam video of the crash and a freeze frame of the silver sedan they said caused it.

Anyone who may have witnessed the crash or who has information that could be helpful for investigators is asked to call the Aurora Police Department’s Traffic Operations Unit at 303-739-6317.

Anonymous tips can be submitted to Metro Denver Crime Stoppers at 720-913-STOP. Information that leads to an arrest could be eligible for an award of up to $2,000.