Coffman said he went home from work early on Thursday after feeling sick, and tested positive for COVID-19 on Sunday. 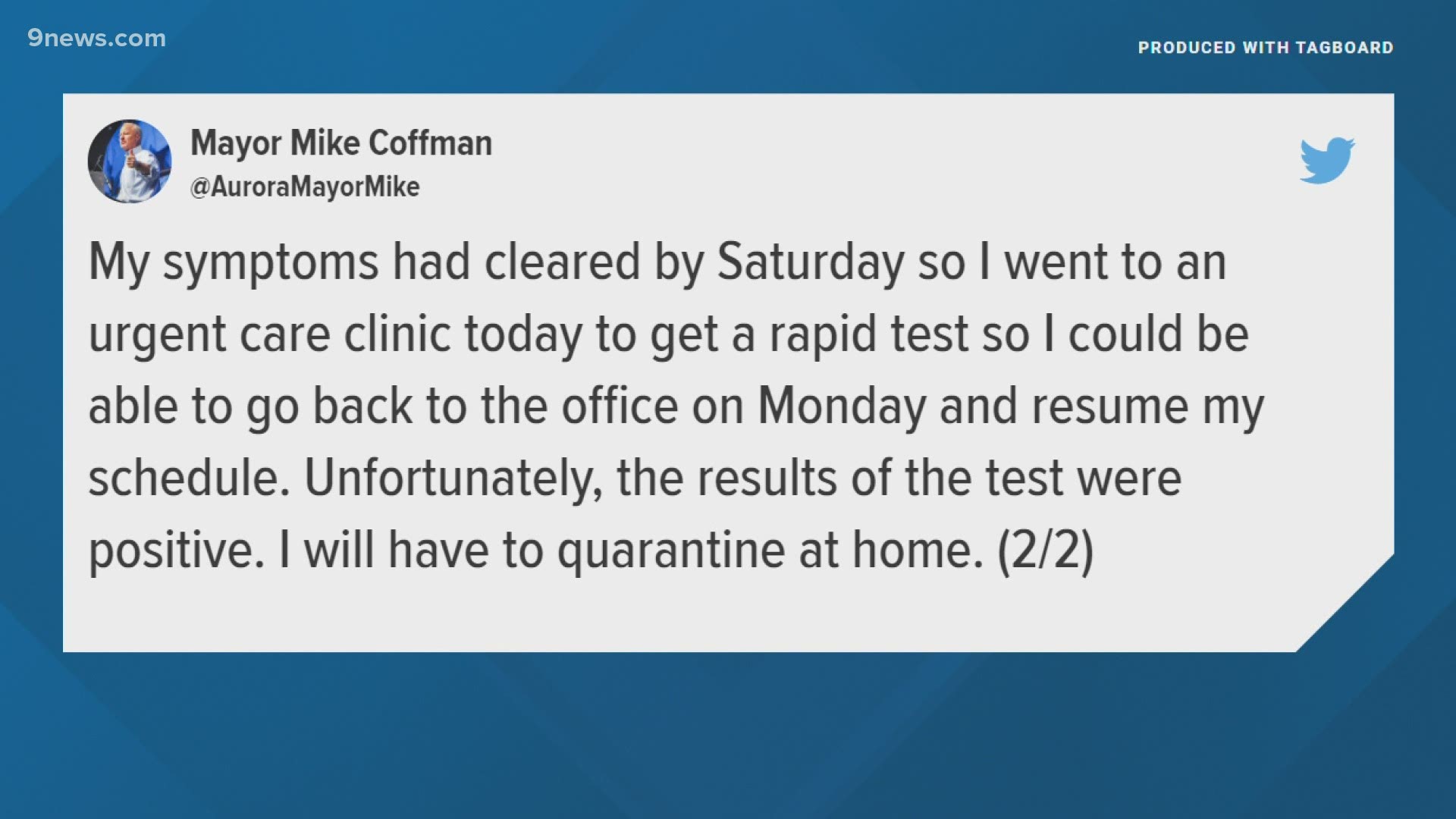 Coffman, 65, said on Twitter that he went home from work late Thursday morning because he was not feeling well, but thought he just had a mild cold with a cough.

After his symptoms cleared by Saturday, Coffman said he went to an urgent care clinic on Sunday to get a rapid COVID-19 test so he could return to work on Monday.

However, Coffman said he tested positive for COVID-19 and will now quarantine at home.

Coffman said he cleared his schedule after leaving work early on Thursday.

"Following a positive COVID-19 test result this weekend, Mayor Coffman said he is feeling better and is currently experiencing mild symptoms while he quarantines at home.  He appreciates the many well wishes that have been expressed and hopes for a speedy recovery."

Coffman was elected mayor of Aurora in November of 2019.

The City of Aurora announced that the Aurora Sports Park COVID-19 community testing site will not open Monday, Oct. 26 due to the forecasted cold temperatures.

The testing site was originally opened on Aug. 10. It was closed on Oct. 4.

City officials announced late last week that the testing site would reopen after a surge of COVID-19 cases across the state.

Four other state-managed testing sites will also be closed Monday because of the cold.

RELATED: Aurora Mayor Mike Coffman on a ride-along during pursuit that ends with 2 injured officers

RELATED: Most Aurora students moving back to remote learning