Aurora Police officer fired for excessive use of force

Officer Robert Rosen punched a trespassing suspect in the ribs and used his Taser five times during the August 2020 incident, according to APD. 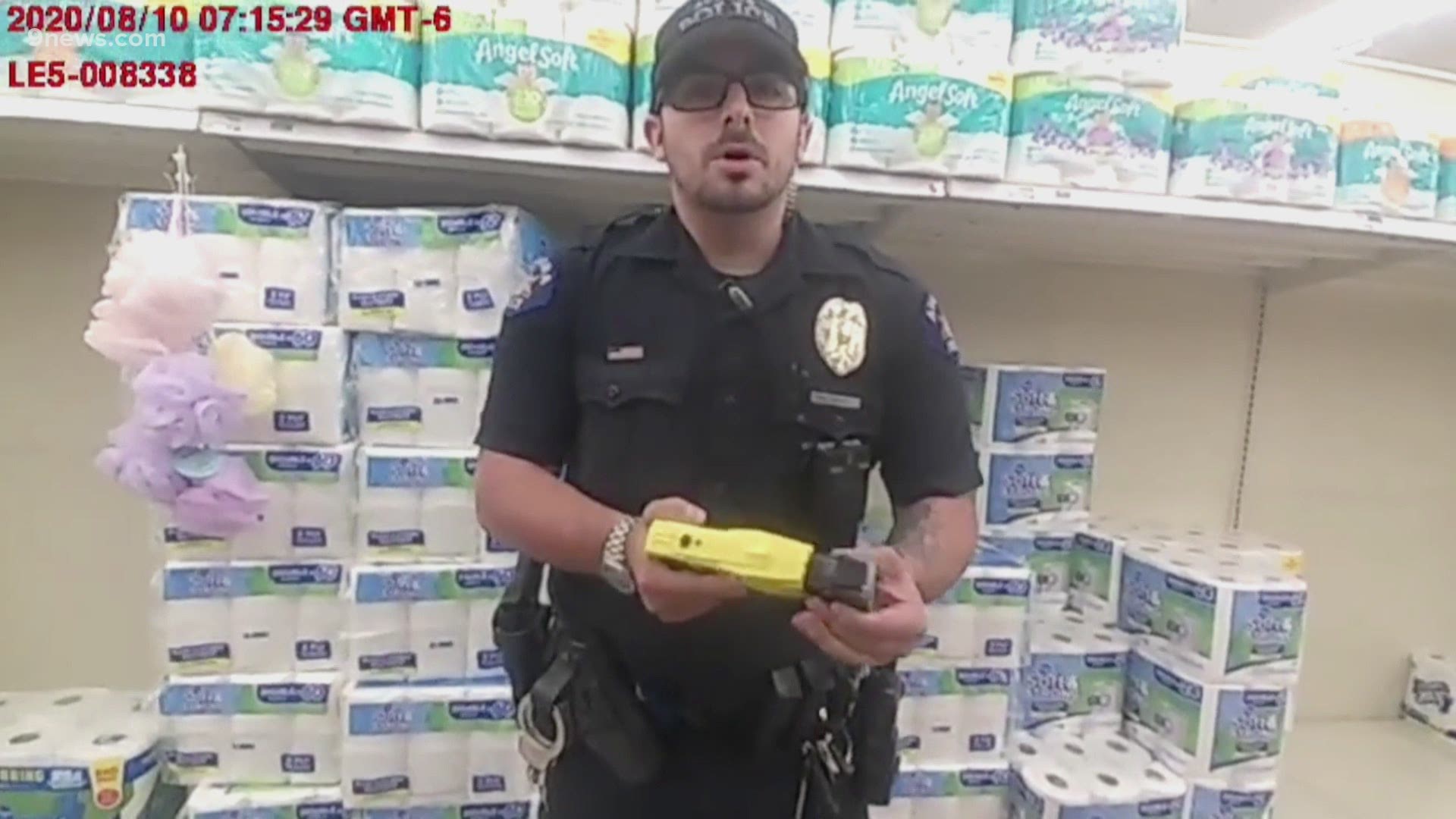 AURORA, Colo. — A police officer who used a Taser to subdue a man during an arrest in an Aurora grocery store has been fired for excessive use of force, according to a release from the Aurora Police Department (APD).

APD said the incident happened on Aug. 10, 2020, when Officer Robert Rosen responded to the King Soopers at 6412 S. Parker Rd. to help a fellow officer who was trying to arrest an uncooperative man for trespassing.

The man the other officer was trying to arrest was passively resisting by lying on his stomach with his arms underneath him, APD said.

When Rosen arrived he tried to get the man's arms out without giving any verbal orders, APD said, and escalated the situation by punching the man multiple times in the ribs.

APD said Rosen then deployed his Taser five times in a two-minute period. He never attempted to use any lesser means of force, according to APD, and did not make any attempts to deescalate the situation in accordance with Aurora Police training.

WATCH: The video below is from the body camera worn by Rosen's fellow officer. Some people may find it disturbing.

The man was taken to the hospital with minor injuries, APD said.

APD said a use of force investigation was immediately initiated by a patrol supervisor, who reported and documented his concerns about Rosen's actions. The incident was then reviewed by the department's Force Review Board, APD said, which recommended that it be investigated by the Internal Affairs Bureau for potential directive violations.

During the Use of Force and Internal Affairs Investigation, APD said, it was discovered that Rosen had failed to activate his body worn camera when he arrived on scene and failed to document his justifications for each use of force that he used during the arrest.

During the discipline review process, Officer Rosen was found to have violated the following department directives, according to APD:

The 18th Judicial District Attorney's Office completed its own criminal review of the incident, according to APD, and decided not to file criminal charges against Rosen.

“Members of the Aurora Police Department have been working tirelessly to rebuild trust in our community and I want to thank those officers who do it right everyday," Chief Vanessa Wilson said in a statement. "The actions of Mr. Rosen were in direct contradiction of those efforts. The poor decisions he made that day do not meet the high standards that the community and I expect from my officers.”

APD said Rosen had been with the department since 2017 and was last assigned to District 3 Patrol. In 2020 he Rosen received a 10 hour suspension for Lawful Orders, according to APD.