After 3 shootings, Aurora residents organize walk to take back community

Police Chief Vanessa Wilson joined those who gathered to advocate for safety after three shootings over the weekend. 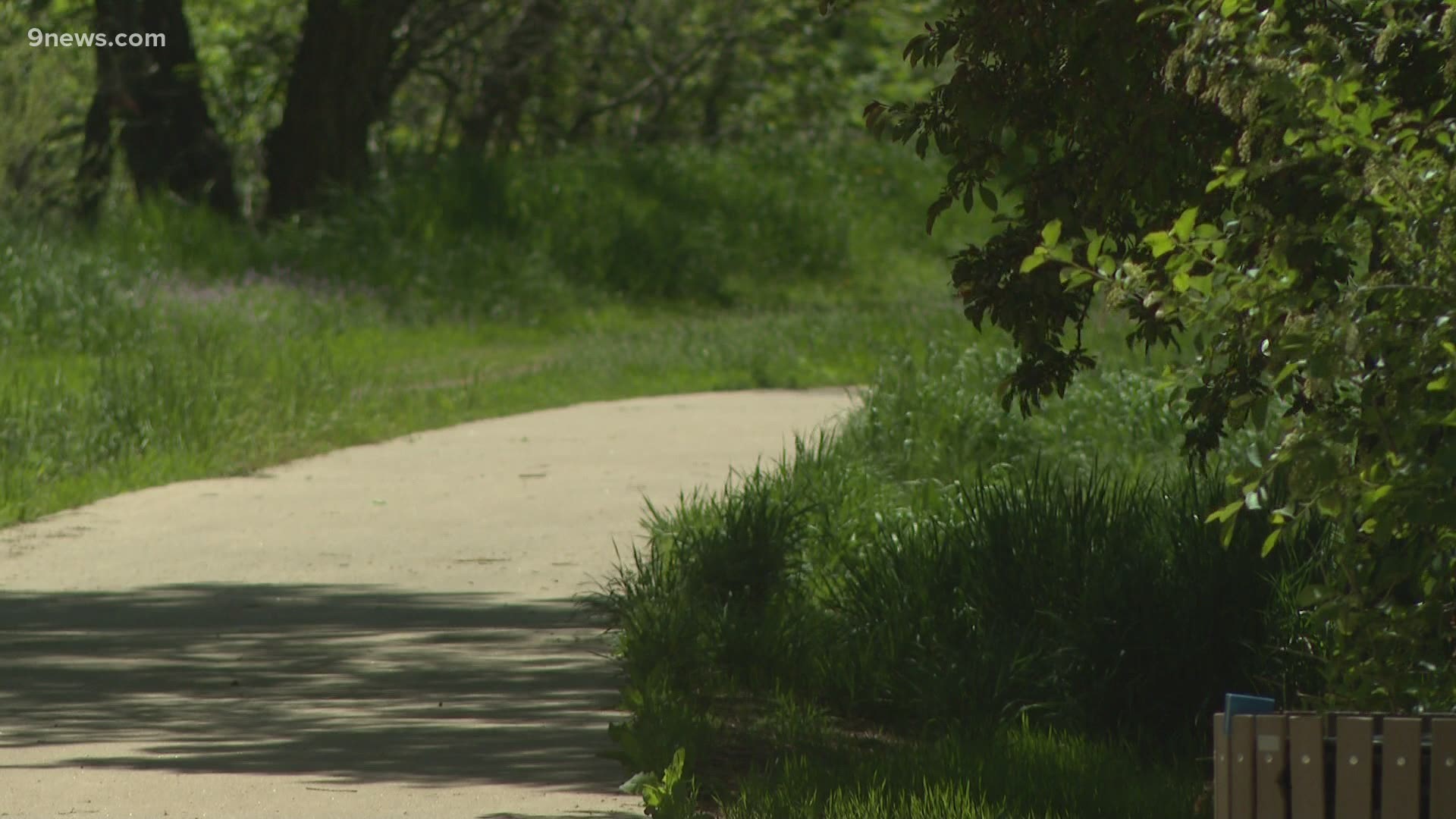 AURORA, Colo. — When Debi Hunter Holen learned about a shooting Sunday night along the High Line Canal, it brought back memories of a random attack a year ago that put her in the hospital for several days.

The former Aurora City Council member was jogging on the canal last July when a man attacked her with a board. On Sunday, after a woman was shot in the arm at another spot along the canal, Holen organized a walk to advocate for safety.

“I want to make sure that people know that it’s OK," she said at the gathering on Monday. "That I’m OK. The canal’s OK. That we’re in a good spot. The canal is a good place to be.”

Aurora Police Department (APD) Chief Vanessa Wilson joined in the walk that started at St. Stephen’s Episcopal Church, next to Del Mar Park, after three shootings in Aurora this past weekend.

The shooting Sunday happened at around 8 p.m. on the High Line Canal near East Highline Drive and Lansing Street, according to APD. No arrests have been made. APD SWAT and detectives were serving a search warrant on Monday at a house they believed was connected to the shooting, an APD spokesperson said. It wasn't known yet what, if anything, was found during the search, he said.

“I had some community members reach out to me and ask me if I would join them in just kind of walking the High Line Canal and...feeling safe in their own community," Wilson said.

She acknowledged a recent uptick in some violent crime and that there was some concern among residents.

“Even though it’s a bad reason we’re coming together, it’s really positive that the community is wanting to be a part of the solution," Wilson said.

She said in the case of this shooting, the people involved knew each other: "It wasn't any sort of random act of violence."

Two other shootings happened over the weekend, as well, according to APD:

No arrests have been made in either shooting, APD said.

Holen said that even after her traumatic experience from a year ago, she views the High Line Canal as peaceful and wants everyone to enjoy it.