The 7/20 Memorial will be dedicated during a ceremony on July 27. 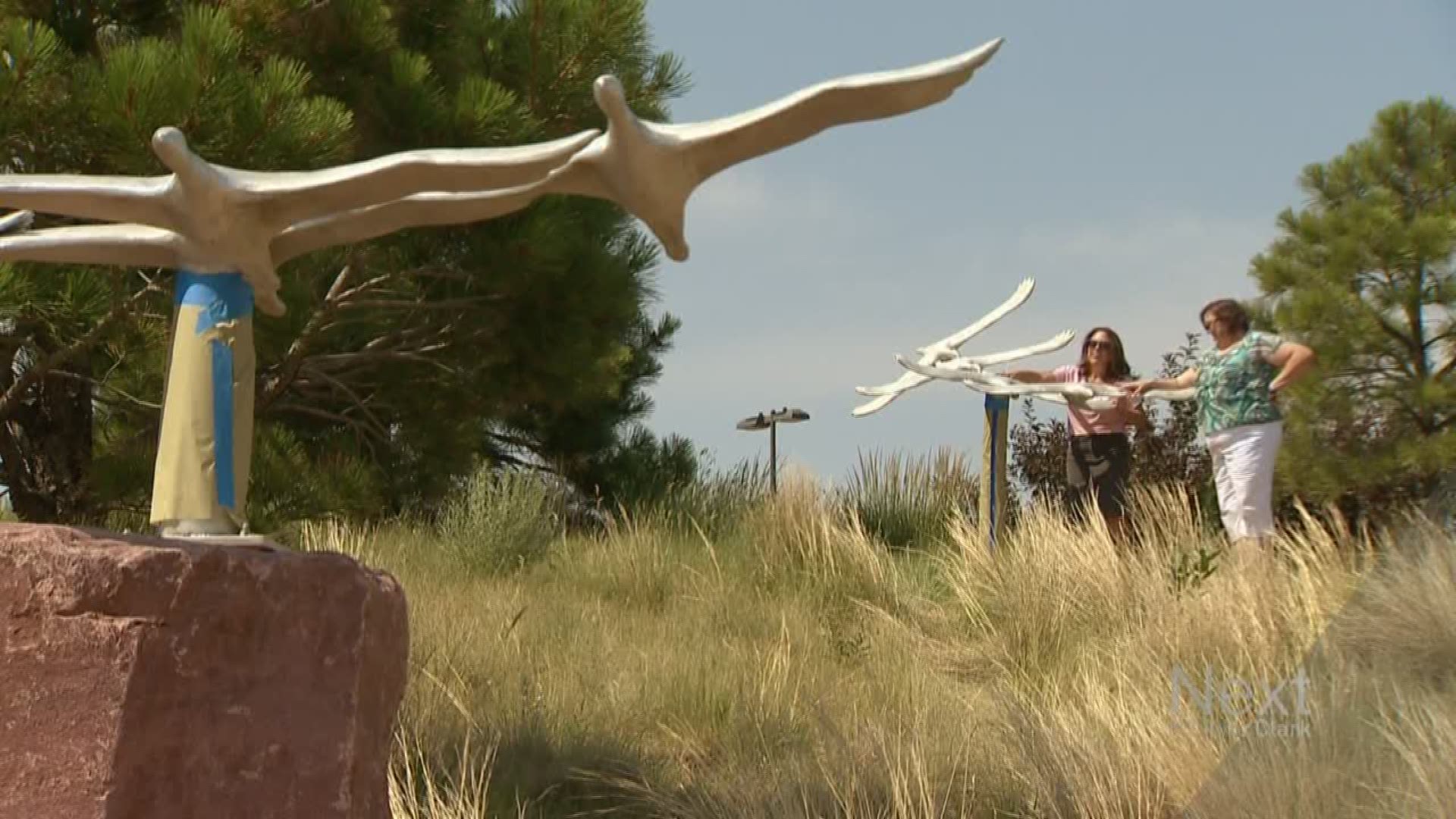 KUSA – It’s a place to honor 13 lives lost and make sure they are never forgotten. But the people who helped make the 7/20 Memorial outside the Aurora Municipal Center a reality also want this to be a place that resonates with anyone who has experienced tragedy.

“I guess we did our job,” said Heather Dearman, the vice chair of the 7/20 Foundation. “Somebody might be sad, or having tragedy in their own life in any kind of a way, no matter how small, and if they would just come over to the garden and walk through it, it’s a place to process that.”

Dearman’s cousin, Ashley Moser, was paralyzed in the July 20, 2012 shooting. Moser’s 6-year-old daughter Veronica and unborn child were killed in the movie theater that night.

The artist responsible for the 7/20 Memorial is working on installing the 83 cranes that will make up the memorial garden. Seventy of the cranes are in honor of those who were wounded in the shooting. The other 13 are for those who died.

Inside each crane is a cannister that contains personal messages about the victims and survivors. This week was the first time Dearman saw the beginnings of the memorial in person.

“There’s heart in every single inch of this place,” Dearman said.

The hope is that the memorial will be complete by the night of July 19 of this year. Shortly after midnight on July 20 marks six years since the shooting.

“I hear the birds singing and I hear the wind whispering through the trees … like Veronica is trying to tell me she’s so proud of us, she loves it, and all of the 13 angels are up there like … you guys did it! This is what we needed!” Dearman said.

Artist Douwe Blumberg was chosen to build the memorial. He lives in northern Kentucky, and even though he doesn’t have a direct tie to Colorado, said he still feels a connection to the tragedy.

“This is universal,” Blumberg said. “When something like this happens, it happens to humanity, and I’m part of humanity. I can feel for it.”

Blumberg’s grandfather was killed in a German concentration camp, and he said he grew up with stories of mass horror and loss.

The cranes used in the memorial were inspired by the 1,000 paper cranes sent to the community of Aurora after the shooting dominated headlines across the world.

The 7/20 Memorial Foundation is a nonprofit created by the city of Aurora after the shooting. The families of survivors and victims came together a year later.

More than 150 artists initially applied to build the memorial, and that number was later narrowed down to just Blumberg.

Blumberg is working on welding together the installation. The cranes will be painted white.

“[The piece] represented to me what happened that evening,” Blumberg said. “People from all walks of life, from all ethnicities, from all life experiences were brought together into that one place and had a horrifically shared experience.”

Dearman said her hope is that the memorial transcends the July 20, 2012 tragedy.

“Even hundreds of years from now when people come here, even if they don’t know, they don’t read the plaque … that they’re going to feel it. It’s permanent,” she said. “It heals too. Oh my gosh, this is a living piece of art.”

The memorial – officially called “Ascentiate” – will be dedicated during a ceremony on July 27 at 6:30 p.m. You can read more about the dedication and memorial here: https://bit.ly/2NrhH9E