The Mosley family previously campaigned to rename the Stapleton neighborhood after the Tuskegee Airman and his wife, an Aurora city councilwoman 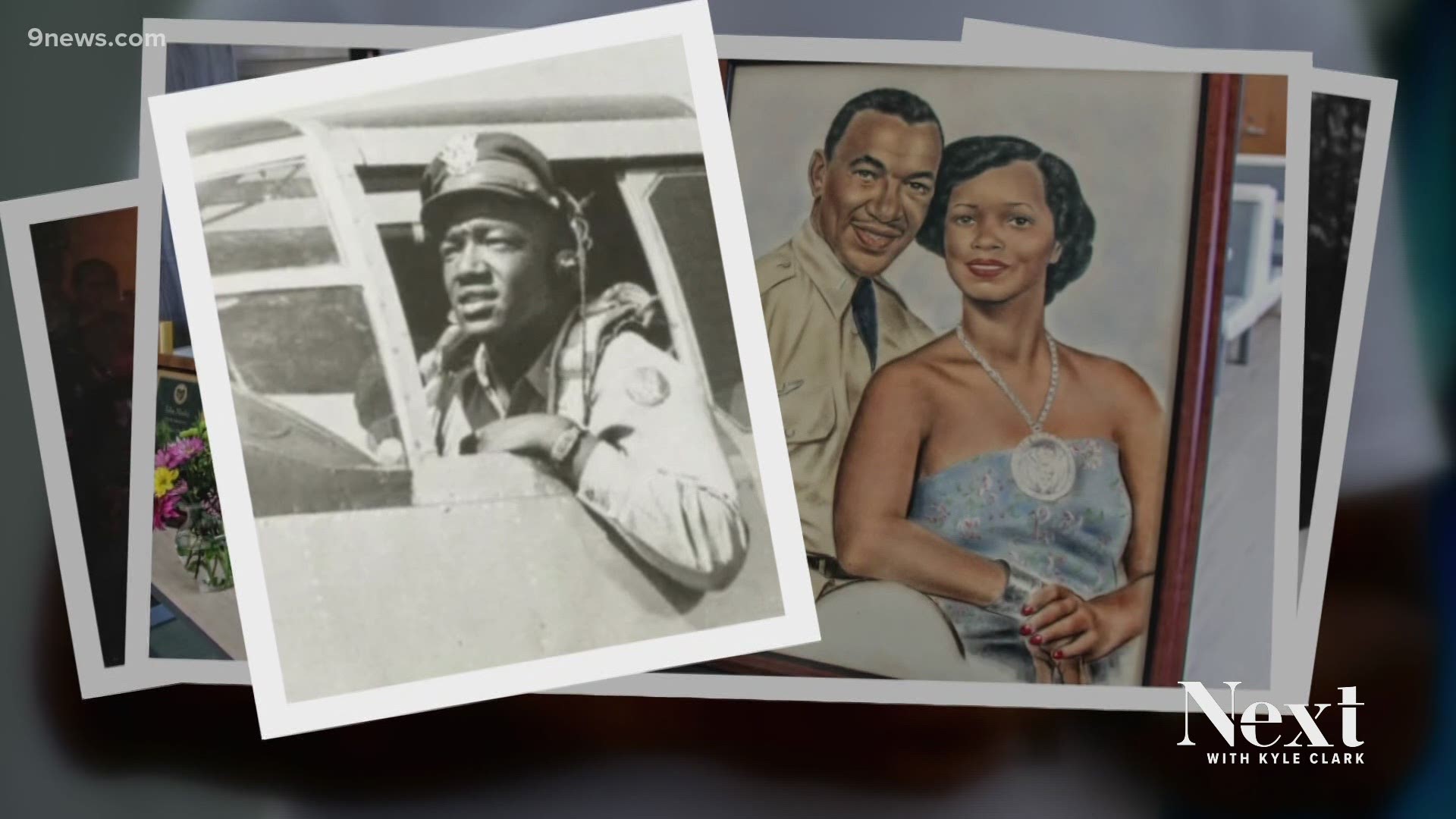 AURORA, Colo — The names we choose to put on places send strong signals about what —  and who —  matters.

That's why the Stapleton name was taken off the neighborhood now known as Central Park.

The name of a Black family of veterans and civil rights activists was considered, but ultimately wasn't chosen for a high honor.

RELATED: 'It makes me feel proud:' Family pushes for Stapleton to be renamed after civil rights activists

“My grandparents, John and Edna Mosley, were trailblazers,” their grandson JC Futrell said. "My grandfather, he wanted to fly planes. He paid for his own private pilot’s license and his own physicals. He wanted to be an airman. He wanted to be a Tuskegee Airman."

Lt. Col. John Mosley served his country in the military while fighting to make sure that people of any race or color could fight together to protect their country. He was also the first Black football player at Colorado State University.

His wife Edna was a civil rights activist and the first person of color elected to Aurora City Council.

This past summer, Futrell and his family ran a campaign to rename the Stapleton neighborhood Mosley Park. They fought to replace the name of a former mayor who was a member of the KKK and replace it with the name Mosley, a family of civil rights activists and trailblazers.

The campaign made it to the final four names before it was voted out. The movement showed them there’s still work to be done.

"People were even throwing away our yard signs," Furtrell said. "We had yard signs that we had local businesses put up and people were driving around and taking them right out of the ground and putting them in dumpsters.

"When I got those signs out of the dumpster, I put them back up again, and a few days after that they were gone again."

Ultimately, the name Central Park was chosen instead of Mosley.

After the renaming process ended, Futrell got a call from someone who thinks their name should not be forgotten.

"I ended up researching the background of Col. Mosley and was just blown away," Crow said. "This is a man who had to fight just to serve. He was in a country at that didn’t allow African Americans to serve in so many ways."

When Crow introduces the legislation, he’ll need to find co-sponsors, pass it out of veteran’s affairs committee, and undergo the whole long legislative process. He said he has a lot of support from the community, including veteran’s organizations and the NAACP.

The new clinic at the VA Hospital is set to open in the summer of 2022. If the legislation passes, it’ll be called the Lt. Col. John W. Mosley Clinic.

"I think he’d be really proud, but I think he’d be proud of the men and women that would get a new facility more so than his name being on the building," Futrell said. "I think that this symbol, this name being put on a building, can be one that can inspire others to push the envelope and be the best that they truly can, because that’s what my grandparent’s believed in."