Nats fans have heard the song countless times. At World Series Game 3, a sell out crowd participated in the game-day tradition. 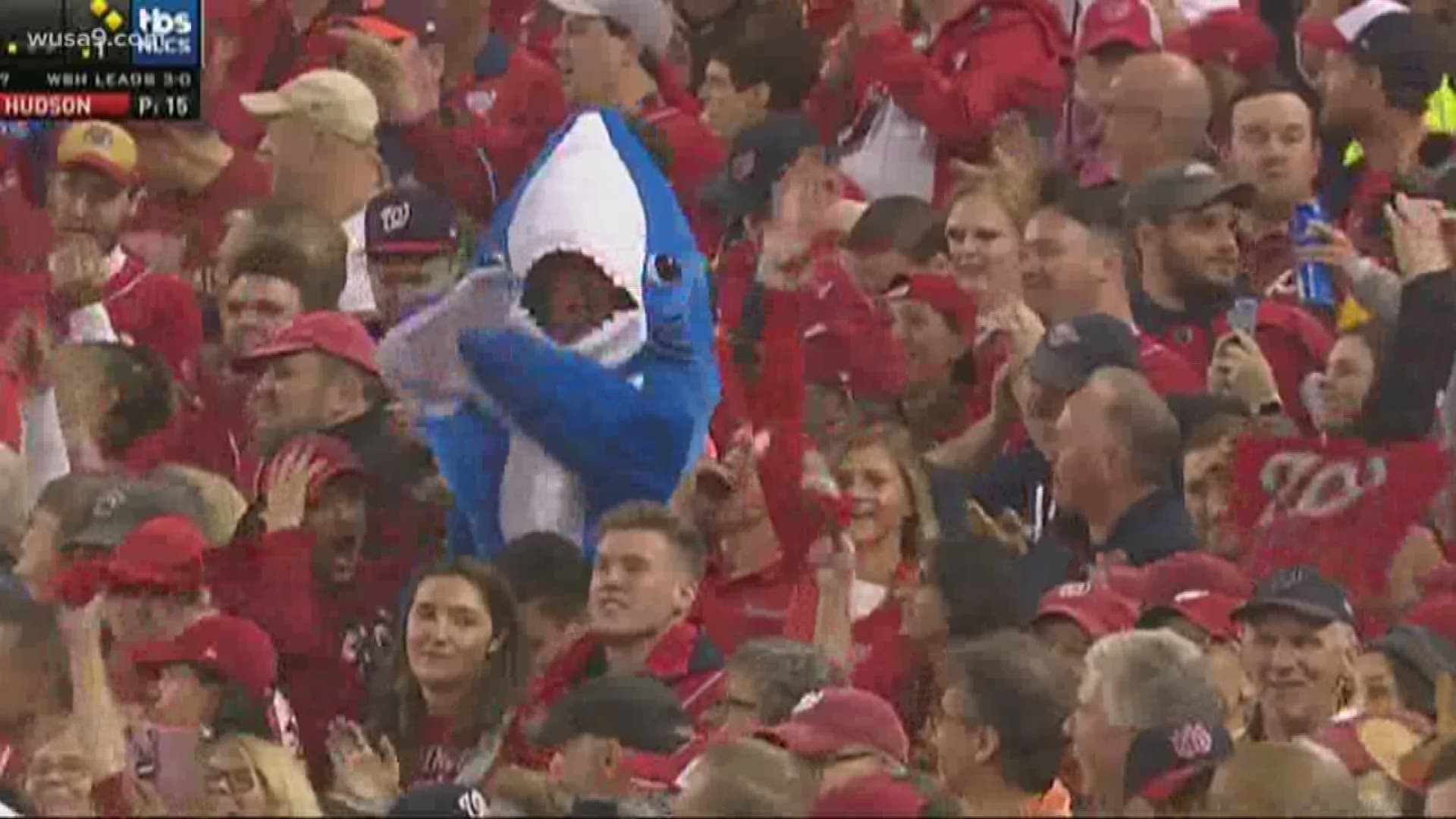 WASHINGTON — By now, Nationals fans have heard Baby Shark hundreds of times. Whether it's being used as Gerardo Parra's walk-up song, or played when a player hits a home run, the song has become the Washington Nationals' unofficial anthem.

During Game 3 of the World Series at Nats Park, thousands of fans erupted into the tune, dancing along to Baby Shark.

For some, this was a dream come true. Thousands of people singing and dancing to Baby Shark at a World Series game in Washington, D.C.? Yeah, sounds pretty crazy.

But others weren't so thrilled at the sight. Maybe you could say that people who don't root for the Nats don't necessarily get the tradition. But we'll break it down for them.

Parra uses the notorious Baby Shark as his walk-out song, which has quickly become a fan favorite and a gameday tradition. And the tradition started with Parra, too. According to Major League Baseball's website, it's been Parra's walk-up song ever since June when the team wasn't doing so well.

The song choice was a request from his kids.

The entire Nats team has joined in on the Baby Shark craze. When a player hits a single, they turn to their teammates and do the baby shark motion; for a double, it's mommy shark motion and a triple or home run elicits full on daddy shark mode.

Baby Shark has become the city's good luck charm and will hopefully lead us to winning the World Series. Now maybe everyone will get the hype behind Baby Shark.

For the full World Series schedule, read below: