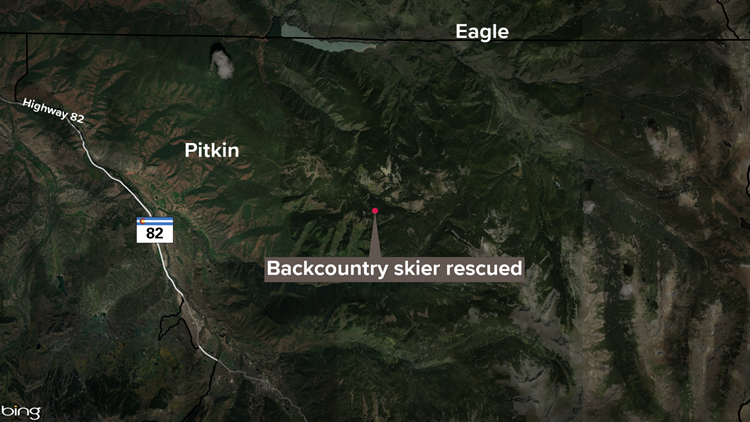 PITKIN COUNTY, Colo. — A 36-year-old man suffered a serious head injury while backcountry skiing near Aspen over the weekend.

Just after 2:30 p.m. on Sunday, the Pitkin County Emergency Dispatch Center received a report that an InReach electronic communication device had issued an emergency signal in the area of Mount Yeckel, which is about 8.7 miles northeast of Aspen.

Further communication with the InReach device revealed that the skier had suffered a head injury while skiing. Sheriff's deputies quickly contacted Mountain Rescue Aspen personnel to initiate the rescue operation.

Fellow skiers waited with the injured man while rescue staff responded to the scene with six snowmobiles and 21 volunteers, according to the Pitkin County Sheriff’s Office.

The patient was transported onto a toboggan being pulled by a snowmobile to the trail head. From there, the man was met by an Aspen Ambulance and transported to Aspen Valley Hospital.

All rescue staff were cleared from the scene by 10:30 p.m.

"The Pitkin County Sheriff’s Office commends the volunteers of Mountain Rescue Aspen for coming to the rescue of this injured back country skier on a Sunday afternoon," a release from the sheriff's office says. "Their selfless dedication is truly appreciated."

The sheriff's office and Mountain Rescue Aspen encourage all backcountry users to be equipped with a two-way communication device, as it proved to be a great assistance with this rescue.