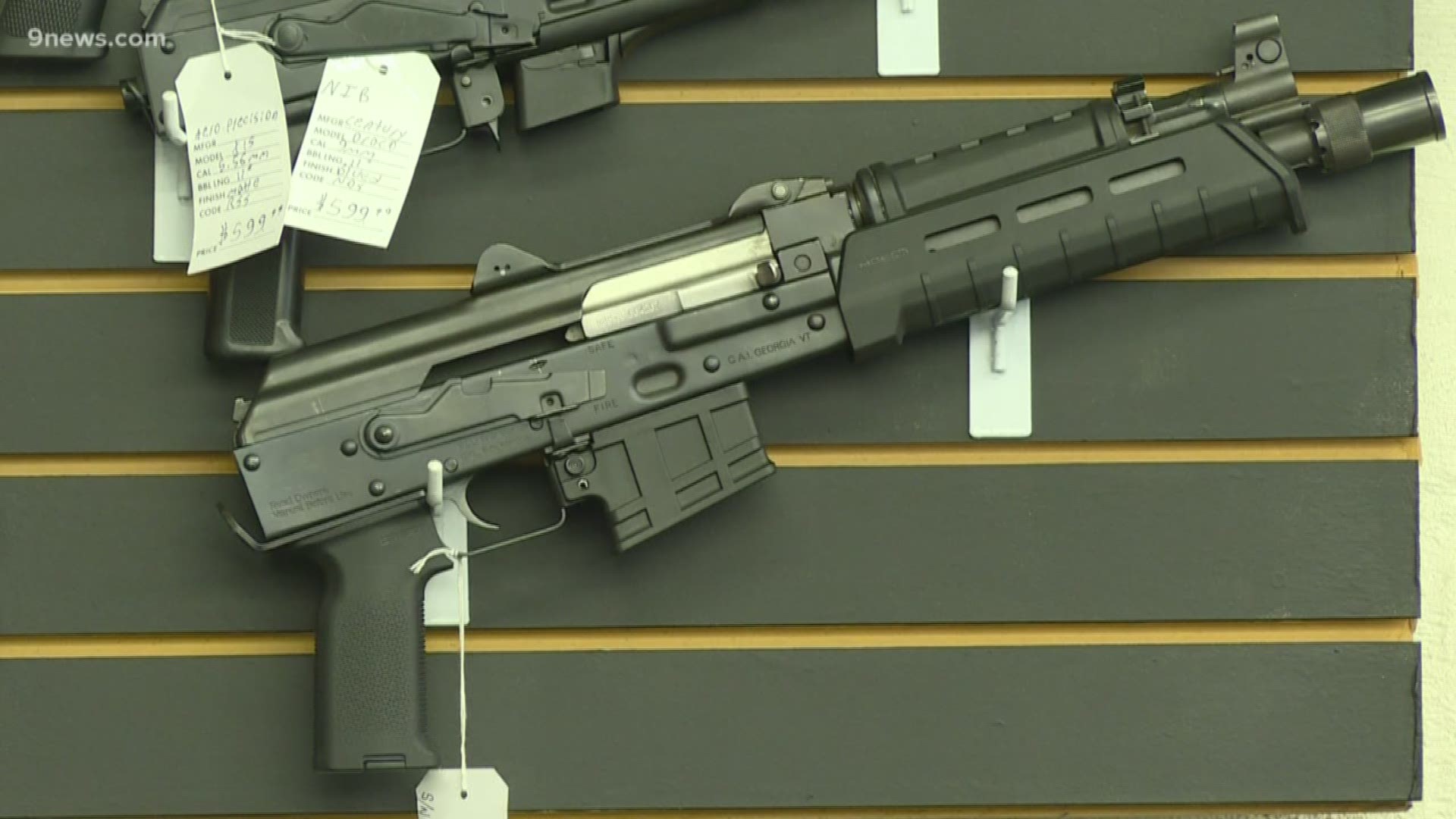 New numbers released by the Colorado Bureau of Investigation (CBI) show a sharp uptick in background checks performed for gun sales following the shootings in El Paso and Dayton.

In July, 24,203 applications were submitted for a background check to buy a gun.

Then, 22 people were killed in an El Paso Walmart. Another 9 were murdered in a Dayton bar.

By August, 29,206 background checks were performed for Coloradoans looking to get their hands on a weapon.

"You do see significant rises anytime a politician comes out and says they want to take them away," said Chris Lewis, who works at Grandpa’s Pawn and Gun in Longmont. "If you see something on the news the night before, the next day sales will be up."

In a recent debate, Democratic Presidential candidate Beto O’Rourke advocated for a ban on certain types of guns.

The next day, Lewis' shop was filled with customers.

"The next day sales are up, without exception," said Lewis. "I had a 90-year-old lady come in and she wanted to buy a gun. It was solely based on the belief that Boulder County and the City of Boulder didn’t want her to have it. She said she had no intention of using it, but she was going to buy it anyway."

We saw an example of crime driving the desire to buy a weapon this week outside of Sheridan High School.

Jeremy Salazar’s son was at the school when a juvenile was shot outside. After, he decided it was time to buy a gun.

"It’s just scary, especially when you hear gunfire," said Salazar. "I think it’s about time to start getting a firearm, concealed carry."

We’ll never know the exact reason everyone decides to buy a gun, but if you ask someone who sells a whole lot of them, politics and crime determine sales and profit.

"When President Obama was elected, our sales went through the roof. They were up like 40% that year. It was nuts. I have never seen anything so crazy," said Lewis. "Tell me I can’t have something and immediately I want it."