Jeffco Public Health will monitor that social distancing guidelines are being followed after an injunction earlier Friday, the speedway said. 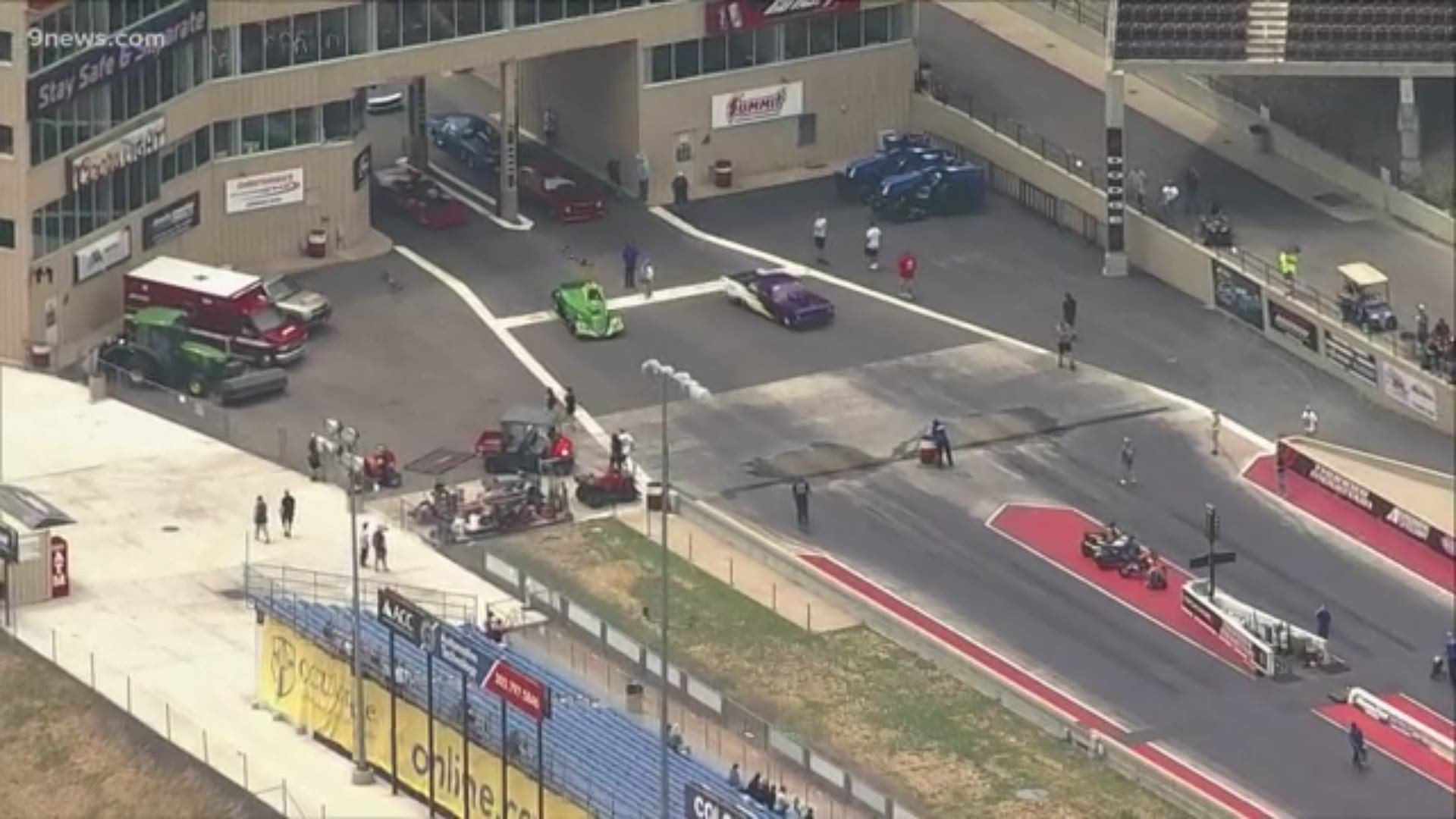 Jeffco Public Health had filed an injunction to block the race track from violating county public health orders with the event. The speedway's Facebook post says the temporary restraining order will remain in effect.

Masks will be optional, and attendees from different households should practice social distancing, the speedway says. The Facebook post also says that every other row in the grandstands will be marked as unavailable seating.

Because of the restrictions, the event is sold out, according to the speedway.

A Jefferson County District Court judge granted the temporary restraining order, which didn't stop the speedway from holding the Saturday event but did require that it abide by public health orders due to the COVID-19 pandemic.

9NEWS has reached out to Jeffco Public Health for more details on the agreement reached with the speedway on Saturday's event.

Before the court granted the emergency motion, communities near Bandimere were preparing for large crowds Saturday, after the speedway's 4th of July firework show was only one of three in the region that hadn't been canceled.

In past years, the annual Independence Day race and firework show has packed the stands. Surrounding communities also were preparing for people to gather to watch the fireworks from outside the speedway.

"There were places people can go to -- Clement Park, Denver had their shows, all the other municipalities did the same thing," Morrison Police Chief George Mumma Jr. told 9NEWS on Thursday. "... It’s a little bit alarming for a little town when we don’t know what to expect."

The Canyon Courier first reported on the temporary restraining order.

RELATED: There will only be three 4th of July fireworks shows in the Denver metro area this year