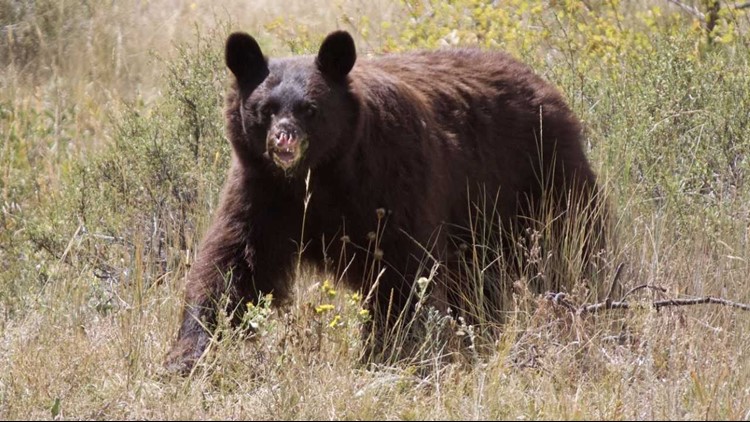 ESTES PARK — A mother bear was euthanized Thursday night after becoming a public safety risk to residents in the Estes Park area, Jason Clay with Colorado Parks and Wildlife said.

Clay said the sow had become habituated and lost her natural fear to humans. The decision to euthanize her came after several reports of her breaking into homes and businesses – including during the daytime when people were around.

The mother bear was recognizable to locals and given the nickname 'Scarface' after permanently damaging her snout from climbing a power pole and getting zapped a few years ago, Clay said.

She had three cubs – all of which were taken to Frisco Creek Wildlife Rehabilitation Center on Friday. There, veterinarians will feed the cubs in hopes they can gain weight in preparation for hibernation.

CPW said their biggest goal is to save the cubs and teach them to be wild again. Wildlife officials plan to show the cubs how to look for natural food sources while limiting their exposure to humans.

The cubs are expected to stay at the rehab center until they are ready to be released back into the wild.

CPW urges the public to do their part in helping keep bears wild by not letting them feel welcomed around homes. Suggested tips for protecting your home include: