The fire is burning near the Colorado State University Mountain Campus. 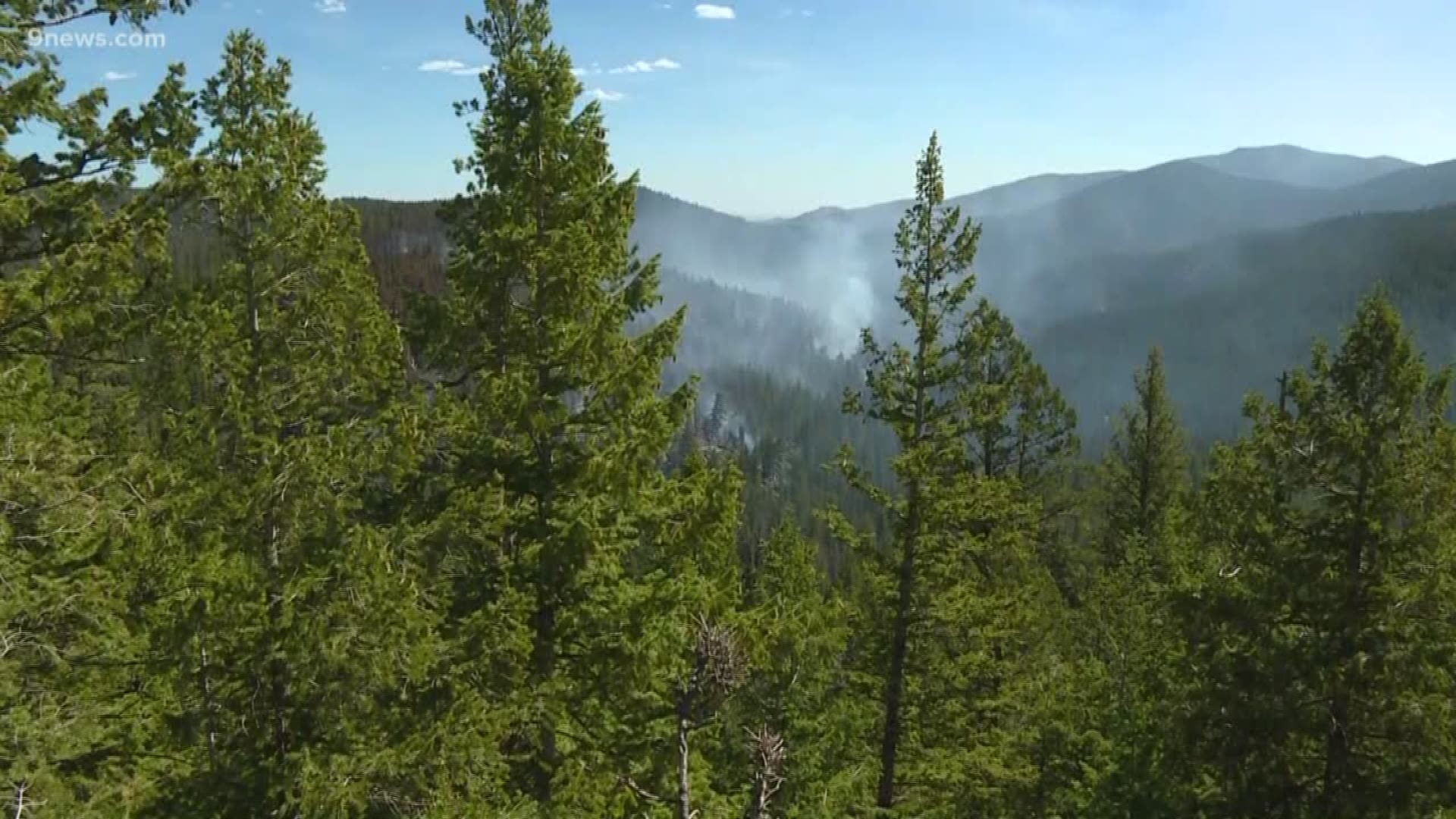 BELLVUE, Colo. — A wildfire burning near Bellevue in northern Colorado has scorched 85 acres and is 25% contained, according to the U.S. Forest Service.

The Beaver Fire is located about 1.5 miles east of the Colorado State University Mountain Campus of Pingree Park Road. Lightning sparked the fire, which has been burning for more than a week, the U.S. Forest Service said.

It remained under 10 acres for days until burnout operations on Tuesday increased the size significantly. As part of the technique, crews intentionally burned out between an indirect line they had dug and the fire itself, knowing that it would increase acreage, the Forest Service said.

"We’ve got about 60 firefighters on the fire and two helicopters committed," said Tim Griffin, one of the Incident Commanders on scene. "One of the biggest challenges with a fire like this is the remoteness. We are two hours outside of Fort Collins where a lot of our supplies are coming from."

The Tom Bennett Campground and National Forest System Road 145 are both closed due to firefighting efforts, which means there is no access to the Emmaline Lake Trail. The Stormy Peaks Trailhead remains open.

"The terrain, the fuels, the remoteness, all that adds to the complexity of the fire," Griffin said.

There is no timeline for how long firefighters will be out here fighting the flames. Firefighters said it could be just a couple of days or several weeks, and that it mainly depends on weather.