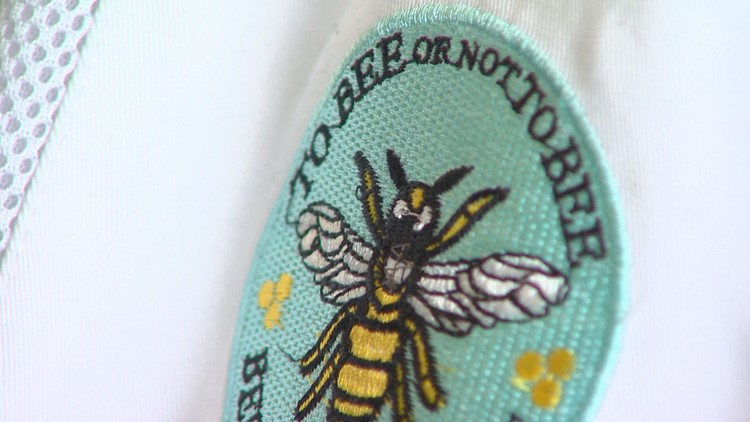 LITTLETON, Colorado — New regulations that go into effect later this month will allow some residents in Arapahoe County to keep bees and raise chickens in their backyards.

The Arapahoe County Board of County Commissioners unanimously approved the new rules following a two-year process seeking feedback and addressing concerns of residents, a press release from the county says.

“No special licenses are required for backyard chickens or beekeeping,” the release says. “Residents must adhere to the adopted regulations and may need a building permit for certain improvements."

If your neighbor decides to embark on beekeeping for the first time, David Baker, owner of the Littleton business To Bee Or Not To Bee, said not to worry – you won’t be invaded by bees.

“They think they're going to notice this big, massive influx of bees being everywhere, it's really not the case,” he said “You'd have to get a lot of hives before your neighbors go ‘what is going on over there?’”

The county’s CSU Extension Program put together a list of resources for those wanting to start their own backyard operations.

Some cities in Arapahoe County, like Englewood and Littleton, already allow bees and chickens in backyards. The new regulations for unincorporated Arapahoe County go into effect on April 30.

Click or tap this link for a look at the new regulations.