Gordon Beesley was shot and killed in the line of duty. A 19-year veteran of the Arvada Police Department, he leaves behind a wife and two children. 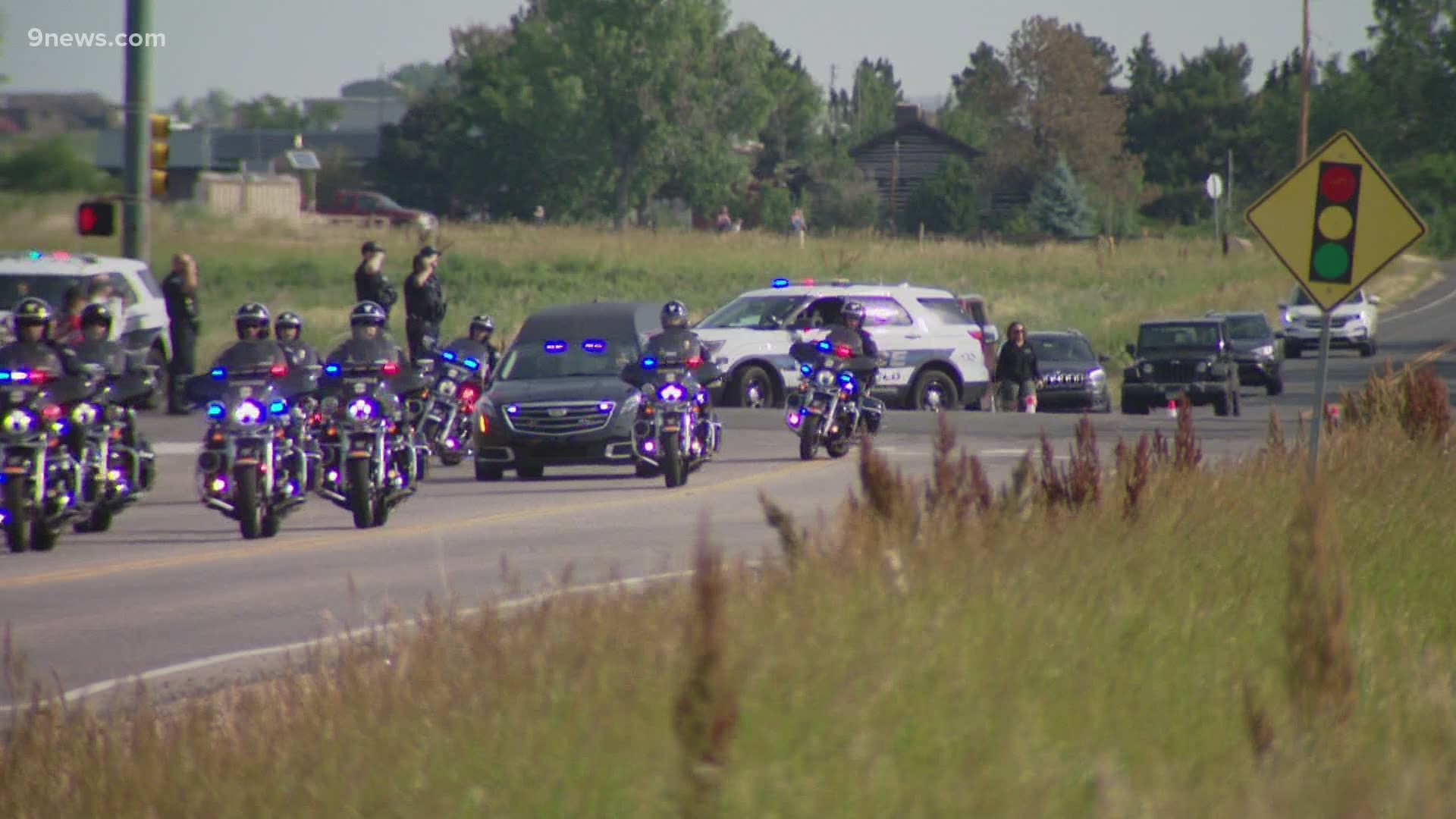 LAFAYETTE, Colorado — Dozens of members of law enforcement came together to honor one of their own who made the ultimate sacrifice.

Gordon Beesley is the latest Colorado officer to die in the line of duty. He was killed by a gunman in Olde Town Arvada on June 21. Johnny Hurley, a bystander who sprang into action and shot the suspect, also died and is believed to have been killed by police.

RELATED: What we know about the deadly shooting in Olde Town Arvada

Beesley was a 19-year veteran of the Arvada Police Department, and spent this summer working patrols. He was a school resource officer at Oberon Middle School, and leaves behind a wife and two children.

He is the second Colorado officer to have been killed in action this year.

9NEWS profiled Officer Beesley in 2015, when he rode his bike to school with a student two days a week who couldn't do it alone.

Before his funeral at Flatirons Community Church, people holding flags stood on the side of the highway to pay tribute to a man remembered for his nearly two decades of public service.

Below are images from the procession:

Arvada police said the only official donation site for Beesley is the Colorado Fallen Heroes Foundation. The foundation said all donations received in the next month will be given to the officer's family.