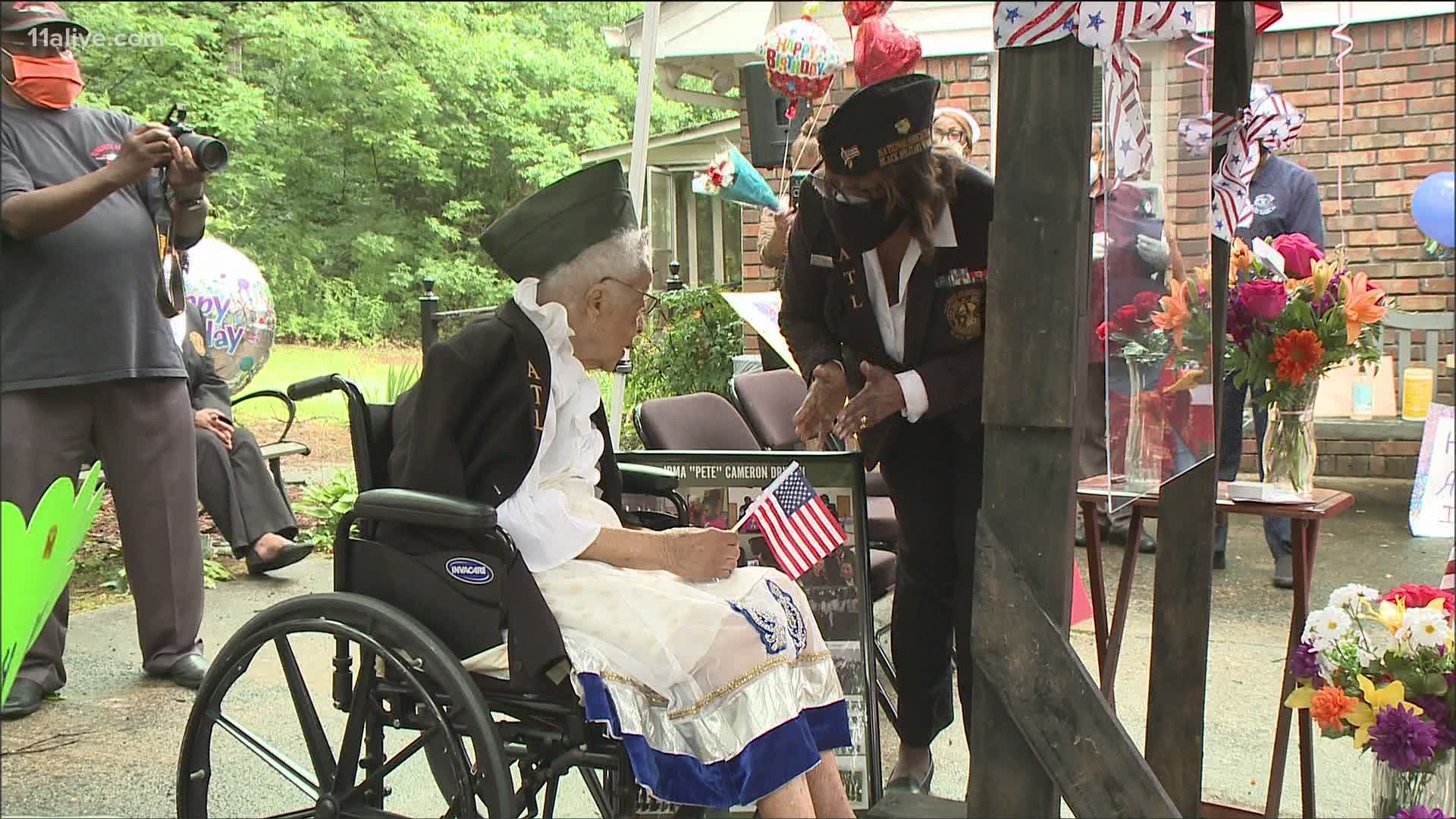 11Alive is sending the love to Marietta to one of the original Tuskegee Airmen nurses who is turning 100 years young.

Ms. Dryden made a grand entrance for the celebration, greeting well-wishers and the media from a safe distance. Her life story has inspired many who stood in attendance.

In 1943, she went into the military service as a medical nurse, where she got married to one of the airmen.

“Although their marriage ended in divorce in later years, she said that she and Charles Dryden were married November 16, 1943 participating in the first military wedding at Tuskegee,” a rep from the Tuskegee Nurses Project told 11Alive.

The story of her courtship and marriage is included in Tom Brokaw's "An Album of Memories: Personal Histories from the Greatest Generation." Charles Dryden also included their story in his book, "The A-Train: Story of a Tuskegee Airman."

Before then, Ms. Dryden graduated from Harlem Hospital School of Nursing's class of 1942. Second Lt. Irma Dryden left the service in 1944.

Ms. Dryden enjoyed the rest of the festivities from her living room window, as she heard and saw several people thank her for her contributions in the military service.

How does Georgia and Florida compare in COVID-19 cases?