The exhibit called "Game Changers" highlights the broader social transformations of American History from Reconstruction to the Civil Rights Era. 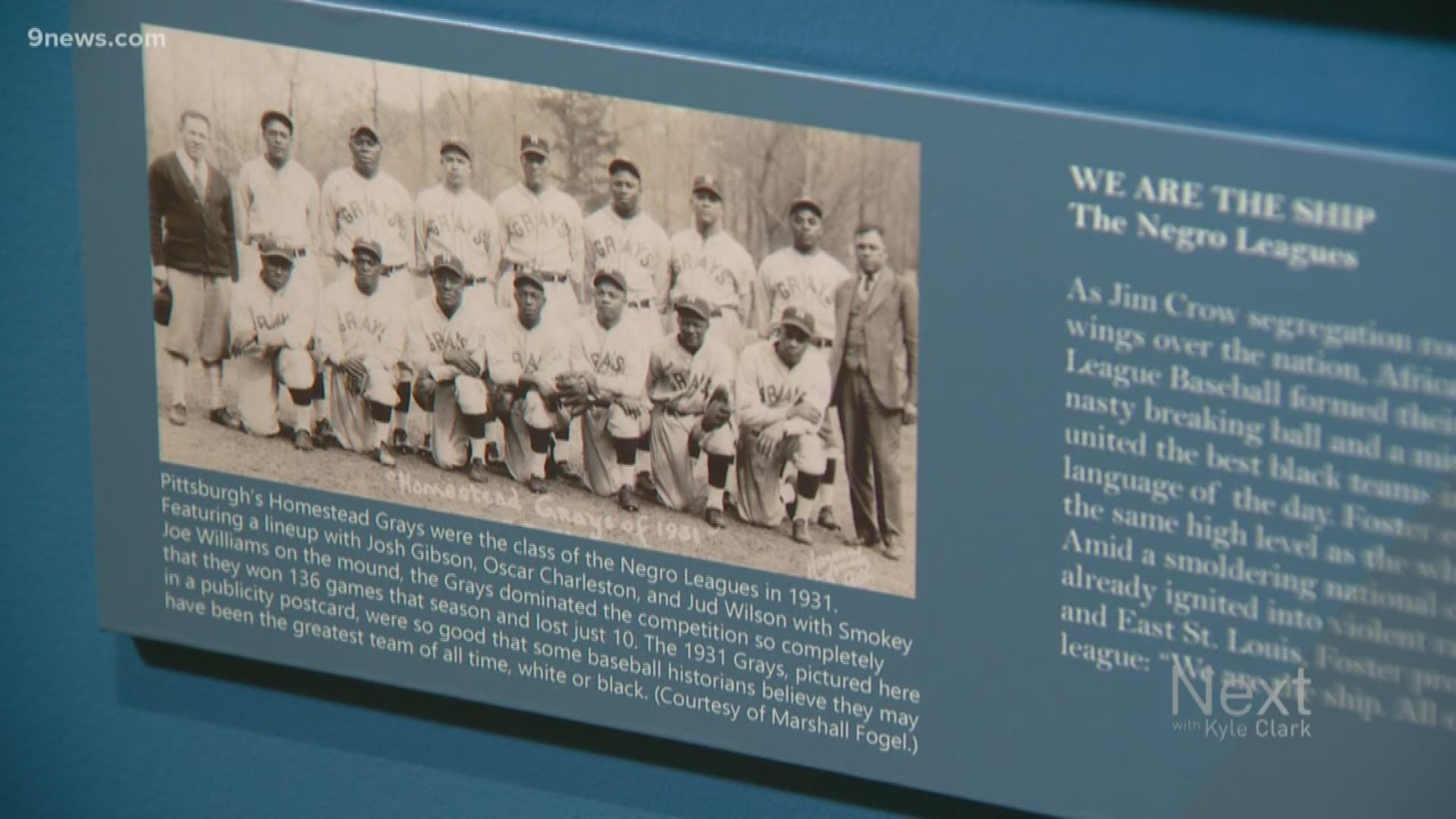 DENVER — The History Colorado Center is opening an exhibit that shows the influential history of African Americans in baseball. Their exhibit called “Game Changers” highlights the league’s social transformation to integrated baseball, and it displays original bats from Hank Aaron and Jackie Robinson, rare baseball cards from the '50s, and original photographs to help celebrate the 100th anniversary of Negro League Baseball.

“Denver was really the first place in the country where people could see high-level professional baseball played on an integrated field (where) white teams and black teams played together,” said Chief Creative Officer Jason Hanson. “So we really wanted to make sure we noted it here at the museum.”

In the 1920s and '30s, according to Hanson, it was hard for people out West to see high-quality baseball, so the Denver Post organized a tournament offering enough prize money that it attracted some great players. The tournament was nicknamed “The Little World Series of the West."

“In 1934, the Denver Post sports editor, a guy named Charles “Poss” Parsons, knew the competition could be even better, and the way to do that was to invite the Negro League teams to play in it,” Hanson said. “I think it’s important to remember that in the mid-1920s, Colorado’s government at every level was controlled by the Ku Klux Klan, so this might have seemed like a risky move.”

“[The All-Star players were] staying at the Rossonian in Five Points, enjoying the jazz and nightlife up there and winning baseball games by day.”

These Negro League ballplayers were making a name for themselves, by playing in front of sportswriters from across the country.

“The guys who were watching this tournament in Denver were saying, ‘These guys can play with the best of them,' and it really moved forward the argument that they should all be on the field here together,” Hanson said.

The Denver Post tournament would end up being instrumental in the integration of Major League Baseball in 1947.

“Eventually Branch Rickey, general manager of the Dodgers, signs Jackie Robinson, and it sparks this Golden Era of baseball,” Hanson said. “I don’t think very many people know Denver’s role in this story -- that this was the place where it was OK to come and start playing integrated baseball, and that really helped push the movement forward in a really significant way.”

Hanson said the exhibit illuminates American history from the Reconstruction period right after the Civil War, all the way up to the Civil Rights era.

“Now, I hope it’s so easy to see what a ridiculous idea that type of segregation, that type of exclusion was and how it makes us all stronger to be on the field together.”