Denver cobbler struggles to keep his doors open during pandemic

A Black-owned business in downtown Denver is gaining community support as owner Tommy Rhine shares his struggle to stay in business during the pandemic. 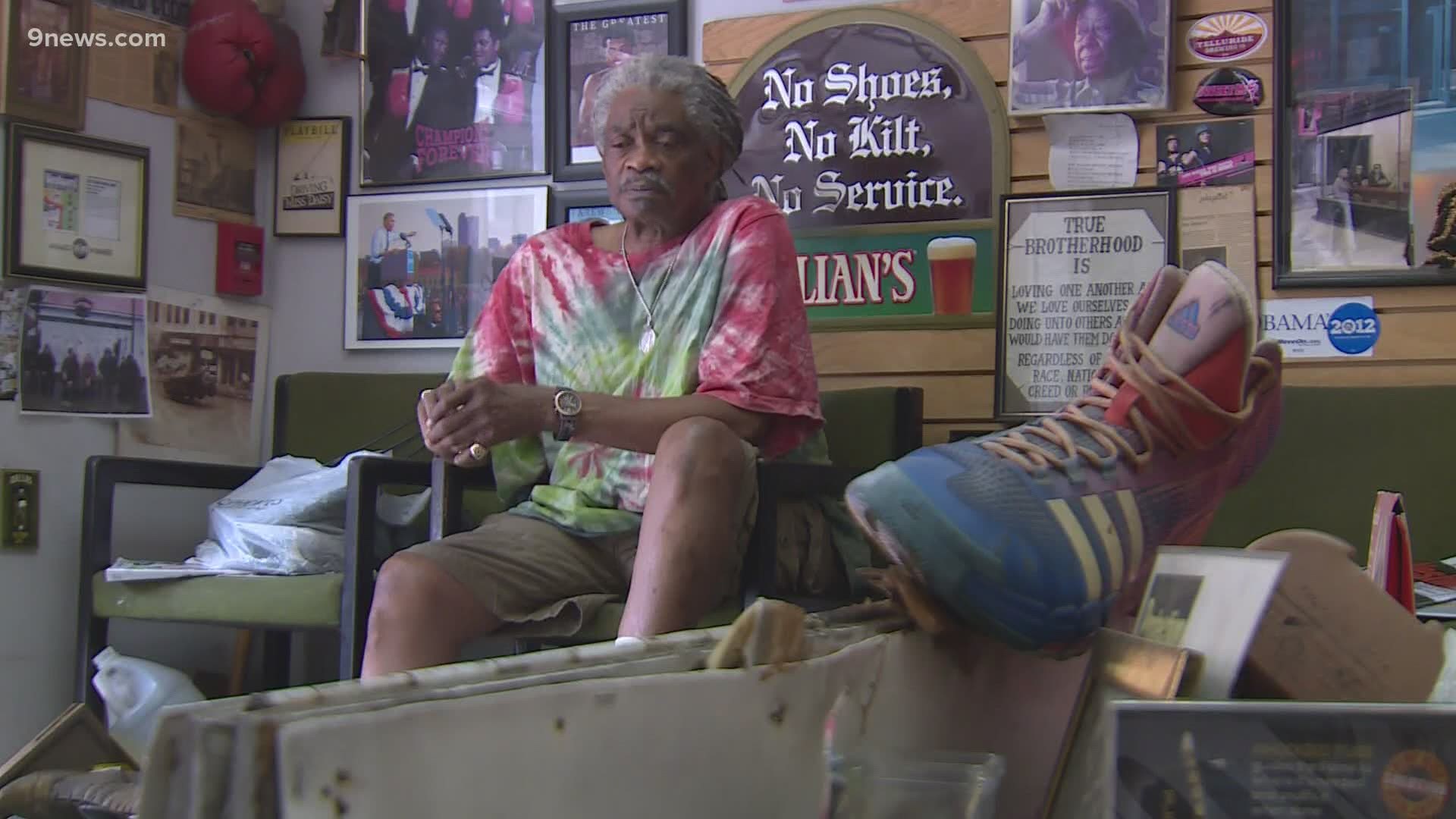 DENVER — A few days ago, when longtime local business owner Tommy Rhine began sharing his struggle to stay in business in downtown Denver, he didn't realize the amount of support his story would receive.

Rhine said he has been a cobbler for more than 40 years. He opened his first shop in Lakewood in 1979 at the age of 21.

"Well, I took cobbling in high school as a trade," Rhine said. "I did it for a little bit, then I got away from it. I came to Denver in 1970. Then I got back with it. Been with it ever since.

"I was a young man then," Rhine laughed. "I started this shop 14 years ago. And I’ve been on this street for 25 years. Two different locations on this same street."

Rhine's Shoe & Boot Repair on East 17th Avenue has been a staple in downtown Denver for a quarter century, even as other shoe repair shops have come and gone.

"There are not a lot of shops anymore," Rhine said. "At one time, there were 14 shops right in downtown Denver. Now, there's only about two. A lot of them closed up in the 90s."

Four months into the coronavirus pandemic – being forced to close for weeks and slow business upon reopening – Rhine fears Rhine's Shoe & Boot Repair may be next to close its doors.

"I'm worried about that. I don't know what I'll do if I have to close. I've been doing this so long," he said. "Believe me, it's real stressful. Lot of nights that I haven't been able to sleep because of it."

Rhine has applied for small-business loans but has yet to hear back.

"I haven't paid rent here for three four months. That's the big part that worries me," he said.

Credit: Taylor Schuss, KUSA
As local cobbler Tommy Rhine struggles to stay open, the community is coming together to help.

After more than 40 years as a cobbler in Colorado, Rhine is not ready to stop this work. He's relying on his community to keep him going.

"I know everybody needs some kind of shoe repair. And I just appreciate it when they find something in the back of the closet or wherever, if they could get it down here it would be a great help," he said.

Since Rhine began recently sharing his story, strangers have heard his plea and have dropped by his shop with work or money.

Others started a GoFundMe to pay Rhine's rent. If you'd like to donate to the fundraiser for Tommy Rhine, click here.

RELATED: A relatively anonymous victim of COVID-19 buried with the help of veterans who never knew him