People and pets have been warned to stay out of the water so the city of Lakewood can conduct tests. 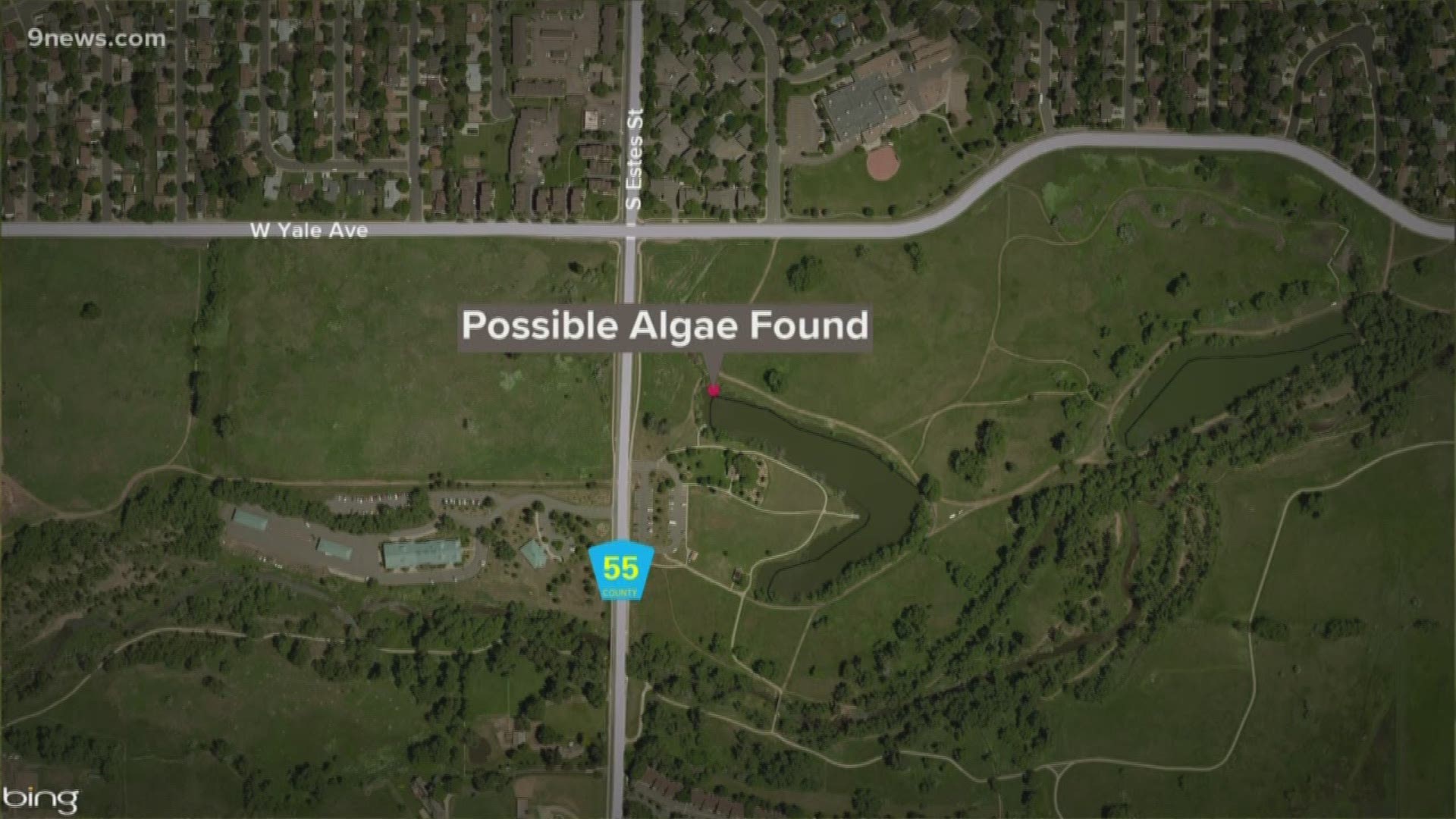 LAKEWOOD, Colo. — Health officials are warning visitors not to swim in the area and to keep their pets out of the water after what appears to be toxic blue-green algae was discovered at a pond in the Bear Creek Greenbelt.

That’s according to a Facebook post from the City of Lakewood, which also said the site will be immediately tested to confirm whether or not it is toxic.

The Bear Creek Greenbelt is located near West Yale Avenue and South Wadsworth Boulevard.  The potentially toxic algae was found in Horseshoe Lake which is located in the northwest corner of the park near the Stone House.

Bear Creek Lake Park, City of Lakewood
Lakewood staff have found what appears to be toxic cyanobacteria, otherwise known as blue-green algae, at the horseshoe pond in the Bear Creek Greenbelt just east of the Stonehouse. The site will be...

For safety, according to the Facebook post, it is recommended to avoid swimming in this area and keep pets out of the water until the warning signs posted on site are removed.

Only a small percentage of blue-green algae actually produce toxins, but when it does, even a small dose of ingested water can be dangerous, local veterinarian Leslie Longo said.

In pets, she said this can lead to everything from mild gastrointestinal issues to more severe neurological troubles ranging from muscle tremors to seizures to comas. In the worst cases, exposure could be fatal.

Longo said pet owners should keep their animals out of ponds that appear to have “green paint” on the surface or anything that looks like algae.

The heightened warnings about blue-green algae in area lakes come after a local pet owner claimed her dog died shortly after swimming at the off-leash park in Chatfield State Park. However, Colorado Parks and Wildlife has since said the water there did not test positive for toxic levels of the algae.

Sloan’s Lake is the only body of water in Denver that has tested positive for the algae. The city has posted signs warning visitors not to swim or wade in the lake, and health officials said they have not received reports of anyone getting sick.

Warnings have also been issued for Wonderland Lake in north Boulder and Quincy Reservoir in Aurora.