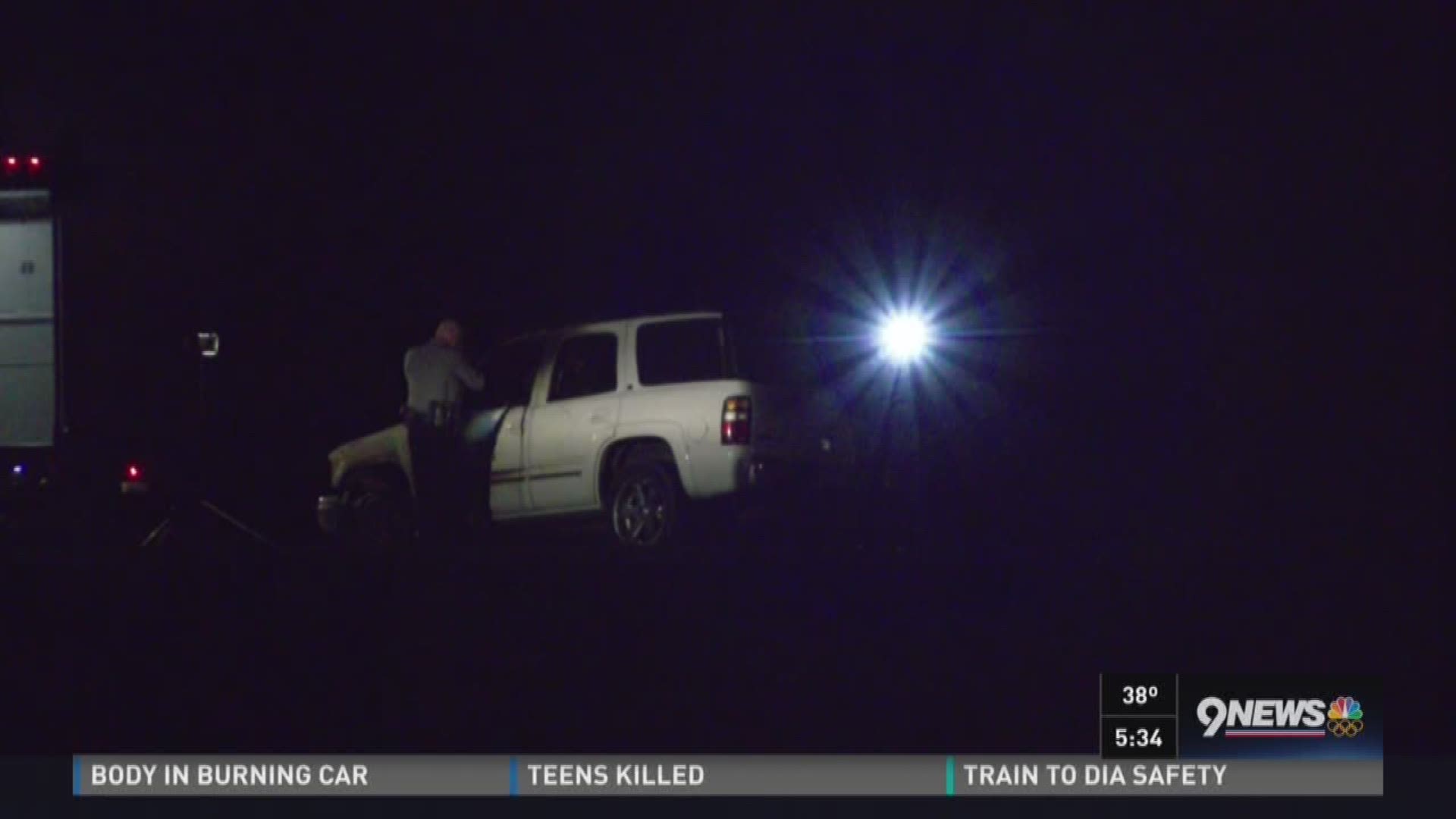 Deputies say the SUV was already on fire on the shoulder of the highway when they arrived before 10:30 p.m.

One person was found inside the SUV.

That person was declared deceased by a doctor at 10:30 p.m.

According to the Weld County Sheriff's Office, evidence suggests the person suffered an apparent self-inflicted gunshot wound to the head before the SUV caught fire.

Evidence at the scene suggests that the vehicle fire may have been the result of a mechanical issue with the vehicle, authorities say.

There are no suspicious circumstances surrounding the incident and no threat to the safety of the community at this time, the sheriff's office says.