Q&A: This Boulder officer walked a mile with a woman with dementia to make sure she was safe

Officer Kaufman's compassionate response stands in contrast to how Loveland Police reacted to a woman with dementia accused of shoplifting. 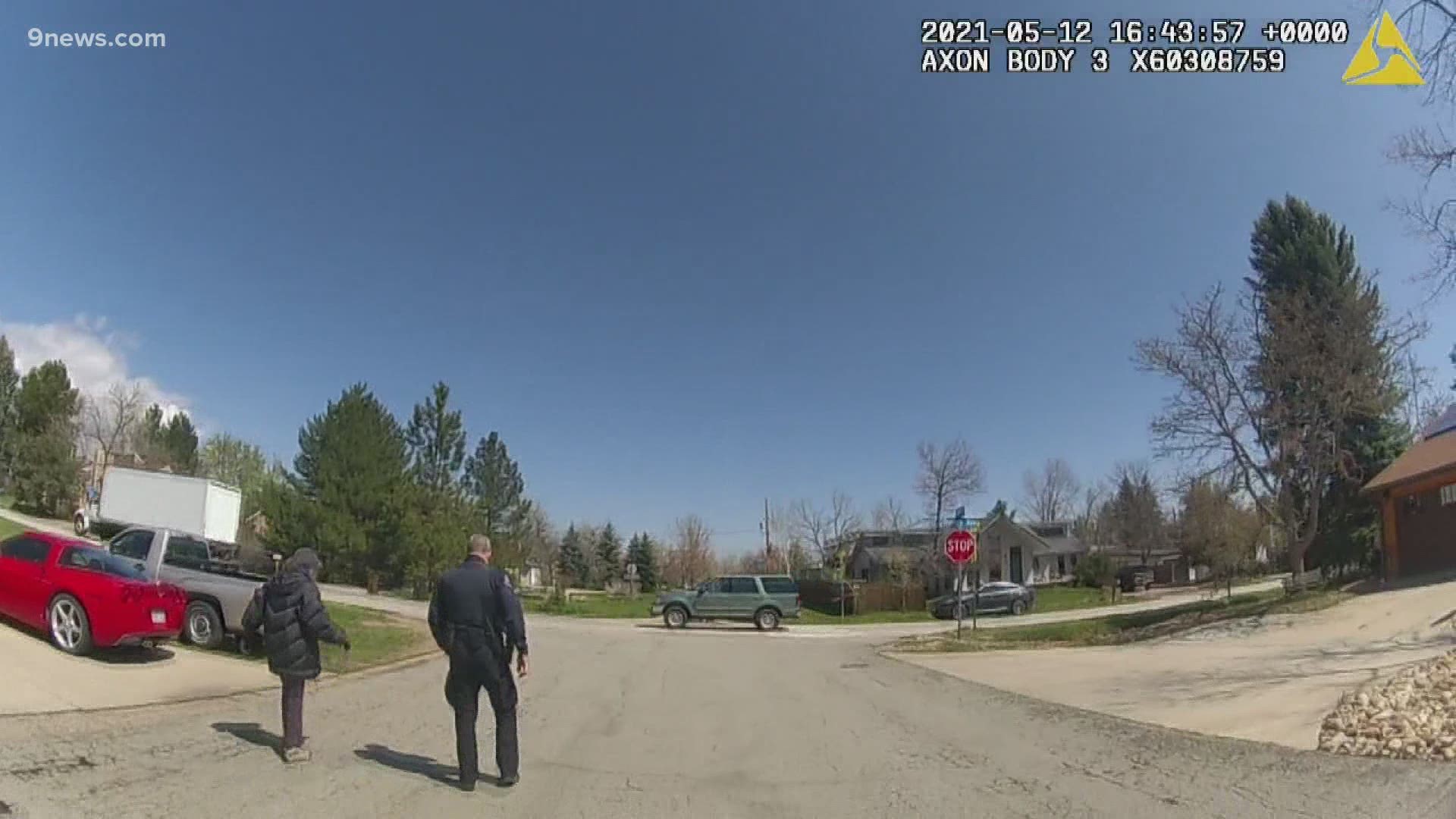 BOULDER, Colo. — A husband worried about his wife with dementia called Boulder Police on May 12. He said she had been gone for an hour, and he was worried.

Several officers tracked her down, and when she didn't want to take a ride with them, they walked with her for a mile.

Officer David Kaufman was by her side that whole side, and their interactions were caught on body camera video by the officer walking behind them.

9NEWS asked Kaufman about the body camera footage from Loveland Police when they stopped a 73-year-old woman with dementia and violently arrested her. He said he could not comment on that.

In that circumstance, officers did not know the woman they were approaching had dementia. Two officers have since been charged in that case, which generated attention from around the country.

Read our Q&A to learn about how Kaufman reacted to the situation he was involved in earlier this month.

Editor's note: Some of the responses have been edited for clarity and length.

9NEWS: What goes through your mind when you get a call about a missing person with dementia?

Kaufman: We put those kinds of calls on par with lost children, where it’s all hands on deck, we need to go find this person. The weather was beautiful that day, so that wasn't a concern, but she'd been out for an hour, and based on where we eventually found her and where her house was, she'd walked a couple of miles.

Do you have training to know how to respond to someone with dementia?

Kaufman: Before I was back on patrol, I was a community services officer, so I did a lot of work with our developmentally disabled community. Plus, my father is 81-years-old and suffers from dementia, so I'm a little bit familiar with what this family was going through and what they would need in this case.

What happened when you encountered June, the woman with dementia?

Kaufman: This nice lady, she just wanted to walk. She didn’t want our help even though she really did need it, so we just went on a nice stroll.

And she was conversational, just wanted to keep walking, and so we just had a nice stroll with her and got to know her a little better.

On the body camera footage we can hear her saying she worked as a nurse, and made $90 an hour. What was that conversation like? I noticed you didn't correct her.

Kaufman: She commented that she made $90 an hour as a nurse, and I was like 'oh, I’ve chosen the wrong profession.'

Folks see the world through different lenses, my father is a very happy person with dementia, but he repeats himself quite a bit and tells stories that I know growing up didn’t actually happen.

It never helps to correct a person, especially if they’re not wanting police involvement, so yeah I just let them go, I let them talk. If there’s a nurse out there that makes $90 an hour, well, that’s amazing.

Do you see your role as a police officer as someone who helps people?

Kaufman: That’s the primary role of the job. Whether it’s somebody like this nice lady or a crime victim, or a child in need, honestly even the folks that we wind up confronting for criminal behavior. They need help and our job is to get them the help they need through any means the city offers. We have a lot of resources for folks to get them through.

Eventually June, the woman Kaufman was helping, agreed to get a ride home in a police cruiser.

She did it on her own terms, after taking the officers on a mile-long walk.