Boulder bike ride brings community together to heal after tragedy 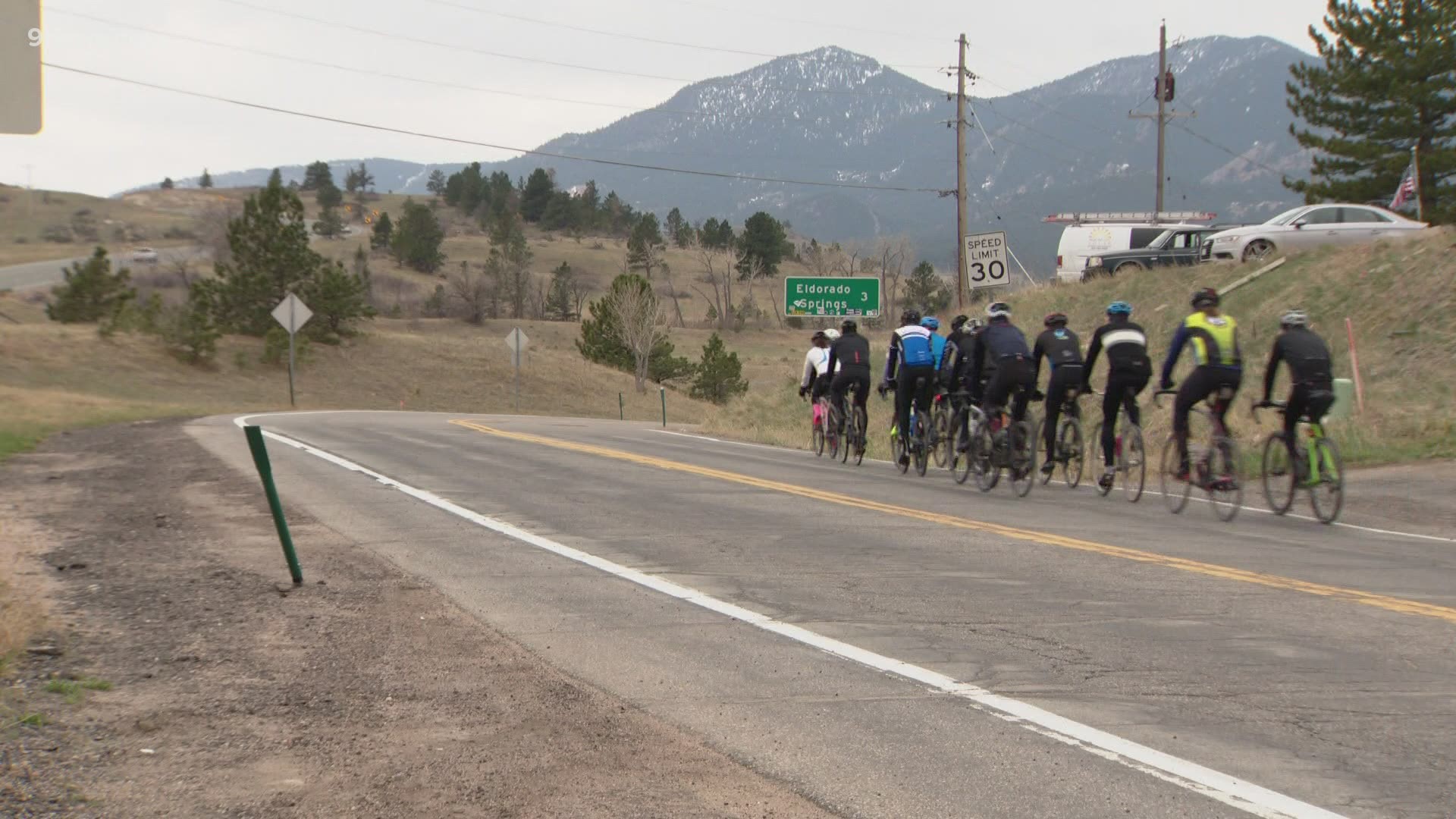 BOULDER, Colo. — The healing process in Boulder is far from over as people continue to try and come to terms with the loss the community experienced last month. Ten lives were cut short on March 22 at a King Soopers grocery store when a suspect opened fire.

A group of cyclists on Monday – three weeks after the shooting – gathered for a ride in honor of the victims.

"I’ve never done anything like this before, but I just felt like after this horrible tragedy, it was important for me to just do something to bring people together," said Julie Emmerman, the organizer of the bike ride. "Most of us have lived in Boulder for a really long time. Obviously, I’m a little choked up as I’m saying this. It’s unspeakable what happened."

Emmerman is a psychotherapist by day and a cyclist when she’s off the clock. Her focus Monday was on healing while on two wheels.

The ride started just a short walk away from the King Soopers at Kim and Jake's Cakes, a local gluten-free bakery owned by Jake Rosenbarger and his wife Kim. Rosenbarger is also a cyclist and wanted to host a ride to help the community heal.

"It was brutal for everybody. Really scary," said Rosenbarger of the shooting. "It's a bit of escapism while you’re out there riding, but you also understand the fragility of life. This is a great community, all the way around."

The ride also raised money for the Colorado Healing Fund, helping the victims and survivors of the shooting.

The ride, in honor of the victims and in support of the survivors, also helps the community heal. It helps when neighbors come together to pedal, talk and remember.

"The whole thing, you can’t really wrap your head around it," said Emmerman. "And I don’t think we’re supposed to be able to wrap our heads around something this horrible."