Hundreds of cars belonging to first responders from Colorado and across the country drove in a procession for the officer killed in the mass shooting in Boulder. 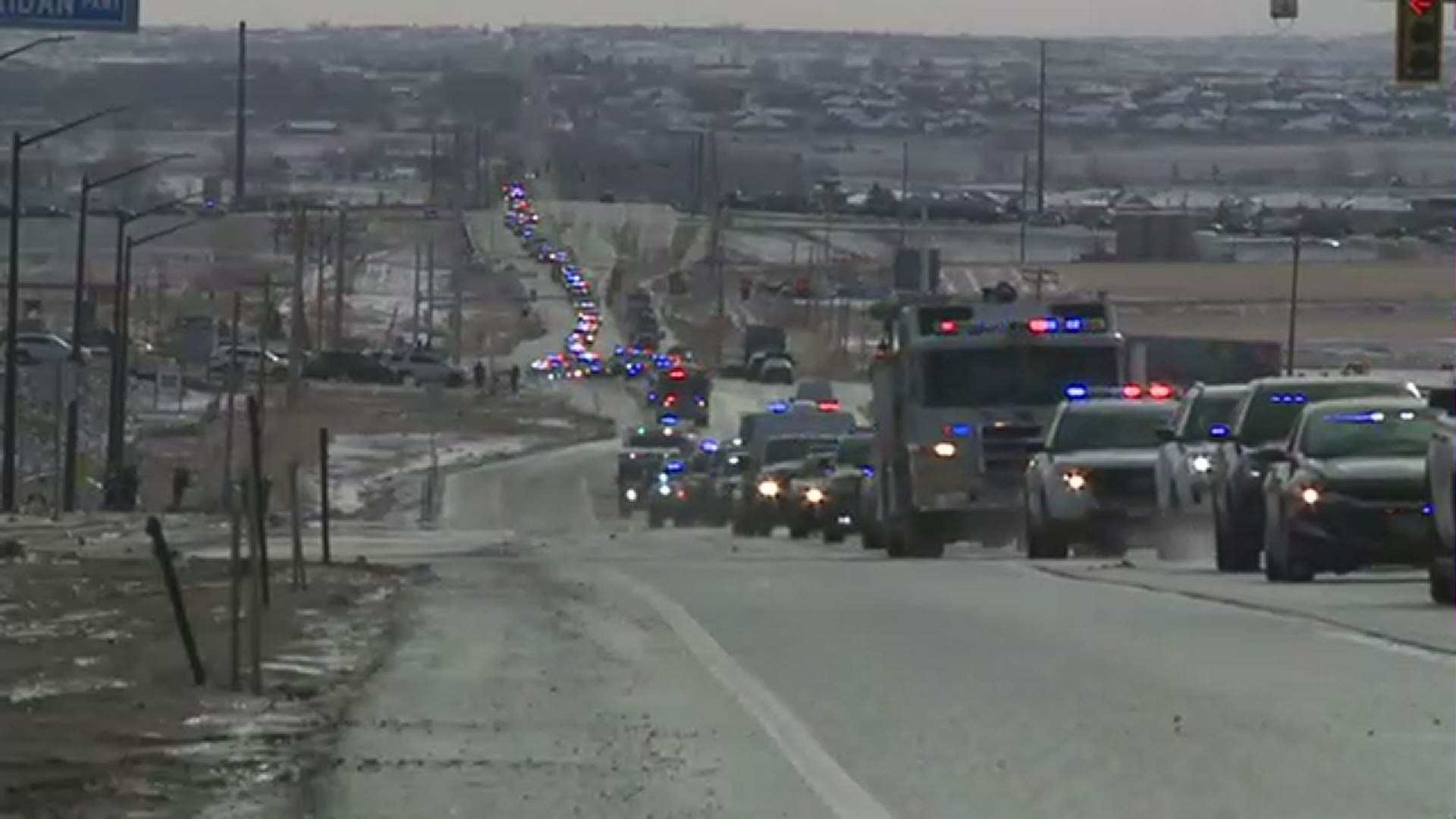 BOULDER, Colo. — A miles-long procession honored the Boulder officer who made the ultimate sacrifice when he was one of the first to respond to a grocery store where a gunman began to open fire.

Officer Eric Talley, 51, was one of the 10 people killed in the shooting, which happened on March 22 at the King Soopers off South Table Mesa Drive.

Talley leaves behind a wife and seven children. He had been with the police department since 2010, and had previously made the news for rescuing a family of ducklings from a storm drain in 2013.

"He’s everything policing needs, he cared about this community, Boulder Police, his family,” Herold said. “He was willing to die to protect others, and that gets lost in translation."

A public funeral for Talley was held on Tuesday at Flatirons Church, and the community came out to honor and remember the public servant in a big way.

A video from Broomfield Police showed car after car lined up to honor Talley.

And these are all of the vehicles that have yet to pass Lowell...it goes on for miles! pic.twitter.com/2lKOArLRgG

Members of the public lined up on Highway 7 to honor the officer's sacrifice.

People are lining up all along Hwy 7 to pay their respects to Officer Talley and his family. The scene will take your breath away, so powerful. #BoulderStrong pic.twitter.com/UcMUCnGa8r

The Boulder Police Department said up to 500 law enforcement vehicles were part of the procession.

Over 500 law enforcement vehicles from across the country are participating in the procession following Officer Talley to the church this morning. 💙💙💙 pic.twitter.com/5VsKMa8mYp

People showed up for Talley despite a spring snow storm that dropped multiple inches of snow on Colorado, making conditions slightly more diffcult.

Click through the gallery below for photos of the procession from the media camera that captured it.

1 / 12
Pool camera
Officer Eric Talley was laid to rest on Tuesday, March 30. He was shot and killed while responding to a mass shooting at a Boulder King Soopers. He was one of the 10 people who died.

The 10 victims of the Boulder shooting were:

Thank you @CUBoulderPolice for joining us in adding the names of all the victims of the #BoulderShooting to patrol cars to honor their memory #BoulderStrong pic.twitter.com/l4pS5MKOAp