One billboard is south of Boulder off State Highway 93. The second one is off I-25 north of Denver. 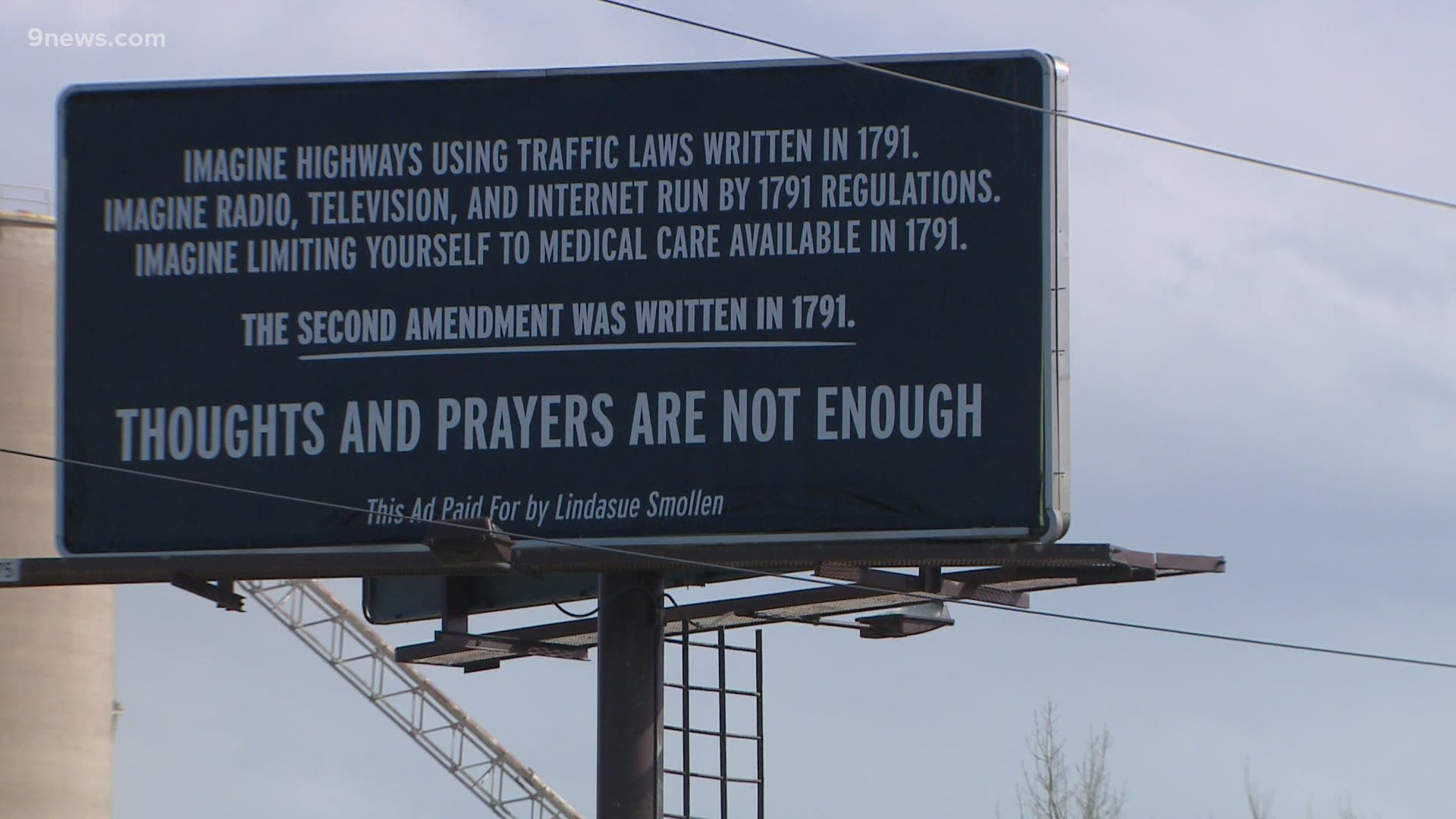 BOULDER, Colo. — A Boulder resident and attorney said she spent about $10,000 on billboards with a message about gun violence. They went up shortly after 10 people were killed in a mass shooting at a Boulder King Soopers.

The signs, which sit just south of Boulder off of Highway 93 and off of I-25 north of Denver, display a message in black and white.

This is not the first time Lindasue Smollen has purchased billboards to share a message on gun violence. This time she said the decision was more personal because she has lived in Boulder for nearly 40 years.

"People in your community, people that you knew were executed in a grocery store. That is not right," she said. "Sure, there is anger and why something can’t get done to again re-enact the assault weapon ban."

She hopes her message sparks conversation and even gets people outside her community talking.

"Things were very different when the Second Amendment was written. That is what I want them to take away," she said.

She said she understands not every person who passes by her billboards will agree with her.

"I am not looking and I don’t think anybody is to take peoples' guns away from them," she said.

The billboards may stay up for another month, Smollen explained. She said she has spent close to $10,000 already for the two signs and a GoFundMe campaign is helping her pay for some of the expenses.

"If it brings about a discussion about reasonable gun control then it is money well spent," she said.