John Mackenzie lost his wife in the King Soopers shooting. Now, he wants answers from the non-profits who’ve been raising money since then. 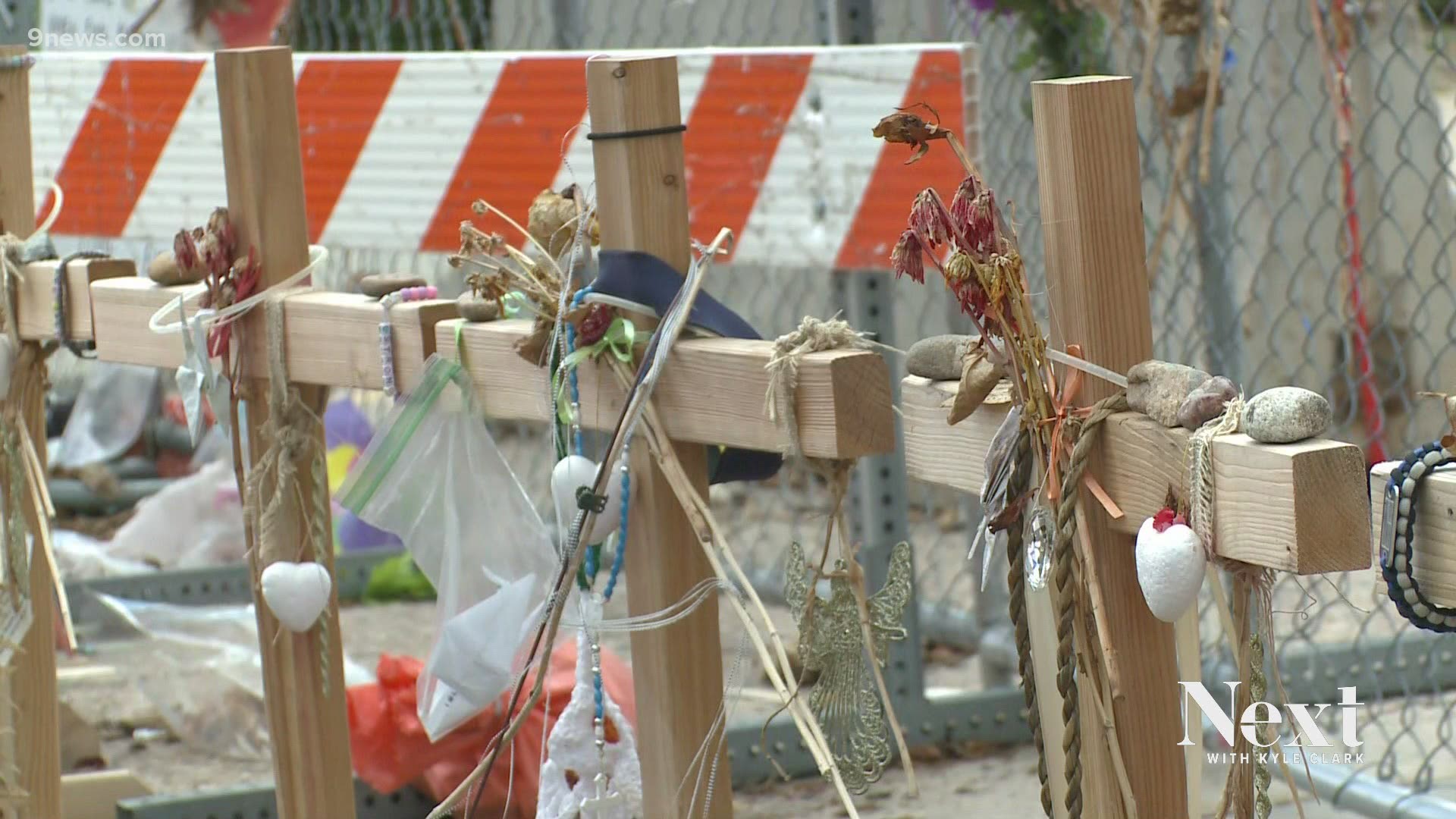 BOULDER, Colo. — John Mackenzie lost the love of his life when his wife, Lynn Murray, was killed on March 22. Then the loss continued.

“I haven’t worked since that day and I probably won’t for a long time to come,” Mackenzie said. “The stresses of this aren’t just psychological – they’re physical. I feel like I’ve aged 20 years in 2 months. I don’t even feel like I’m human anymore.”

Mackenzie has spent the days since Murray was gunned down by a shooter at the Table Mesa King Soopers journaling about his experience and trying to seek answers from the non-profits who’ve been raising money since the shooting.

“I’ve requested that we get some transparency, so we know what’s what here,” he said. “I just don’t believe public intent is being fulfilled.”

Mackenzie started a group called Stand Up Bolder that advocates for the state to audit non-profits, create a specific fund for victims and appoint a special administrator to determine how to expeditiously and properly distribute the money.

“I just want to get on with my life. Get the families the donations they’re entitled to and stay as far away from these types of entities as possible.”

Mackenzie said he has received $40,000 in various checks from a victim’s assistance organization tied to the Colorado Healing Fund, the leading non-profit collecting funds for victims of the Boulder shooting.

The Colorado Healing Fund, founded by former state Attorney General Cynthia Coffman with a $1 million grant, was created in 2018. The organization raises funds to meet the short, medium- and long-term needs of anyone impacted by the violent act.

The fund’s executive director, Jordan Finegan, said the group has raised $4.3 million since the shooting in March. Since then, she said it has distributed $700,000 of it: $400,000 in direct cash payments to families of the 10 victims and the 20 other victims immediately listed in criminal charges following the shooting, and $300,000 covering rent, travel and basic needs for anyone who was immediately impacted.

Steve Spiegel, a board member for the organization, said the money will be used for long term needs of people when those needs are demonstrated. He said trained victims advocates work with victim’s family members and make requests based on issues victims are facing.

Spiegel said it is a new model the state created in 2018, after problems during the recovery from the Aurora theater shooting. Back then, victims and victims’ family members criticized the state for not expeditiously distributing millions of dollars collected for the victims. The group of victims pressured then Gov. John Hickenlooper to bring in a special master to serve as administrator for the funds, determining how much each victim or family member received.

Mackenzie wants the state to follow the Aurora model and get the money to the people who desperately need it.

“My needs are my needs and I don’t need you in my life,” he said. “Please stop helping me…go away. You’re holding on to victims’ funds and you’re acting as if you know better. You don’t. You don’t know what this is like until it happens to you.”

Mackenzie’s group also is questioning Community Foundation Boulder County, which raised about $1.6 million following the tragedy. CEO Tatiana Hernandez said the money was specifically raised to benefit three specific groups: the victims’ families and those involved in the shooting, those impacted by the shooting and the entire Boulder community.

“I hope we were as an organization clear to our donors that we were taking a holistic and comprehensive view to this,” Hernandez said. “There’s absolutely the needs of the people who are at the core of the tragedy and there are concentric circles outside of the core of that, as well.”

On Tuesday, Hernandez’s foundation announced it will divide about a third of what it raised, $500,000, between the families of the 10 victims. She said it amounts to three times what was collected from donors specifically indicating they wanted to help the victims.

Mackenzie, teaming up with the group Victims First, is advocating for fundraising after all mass shootings to go directly to the victims involved.

“There are a number of charities around the United States that do the right thing,” he said “They collect money for the victims…distribute 100 percent of it to the victims and get out of the way… get on with your life…God bless you.”

“Healing is for me cauterizing a gaping a wound and that’s about it. I’m going to have it the rest of my life.”