The city and the museum are in the early stages of planning both short-term and permanent memorials honoring the 10 victims of the King Soopers shooting. 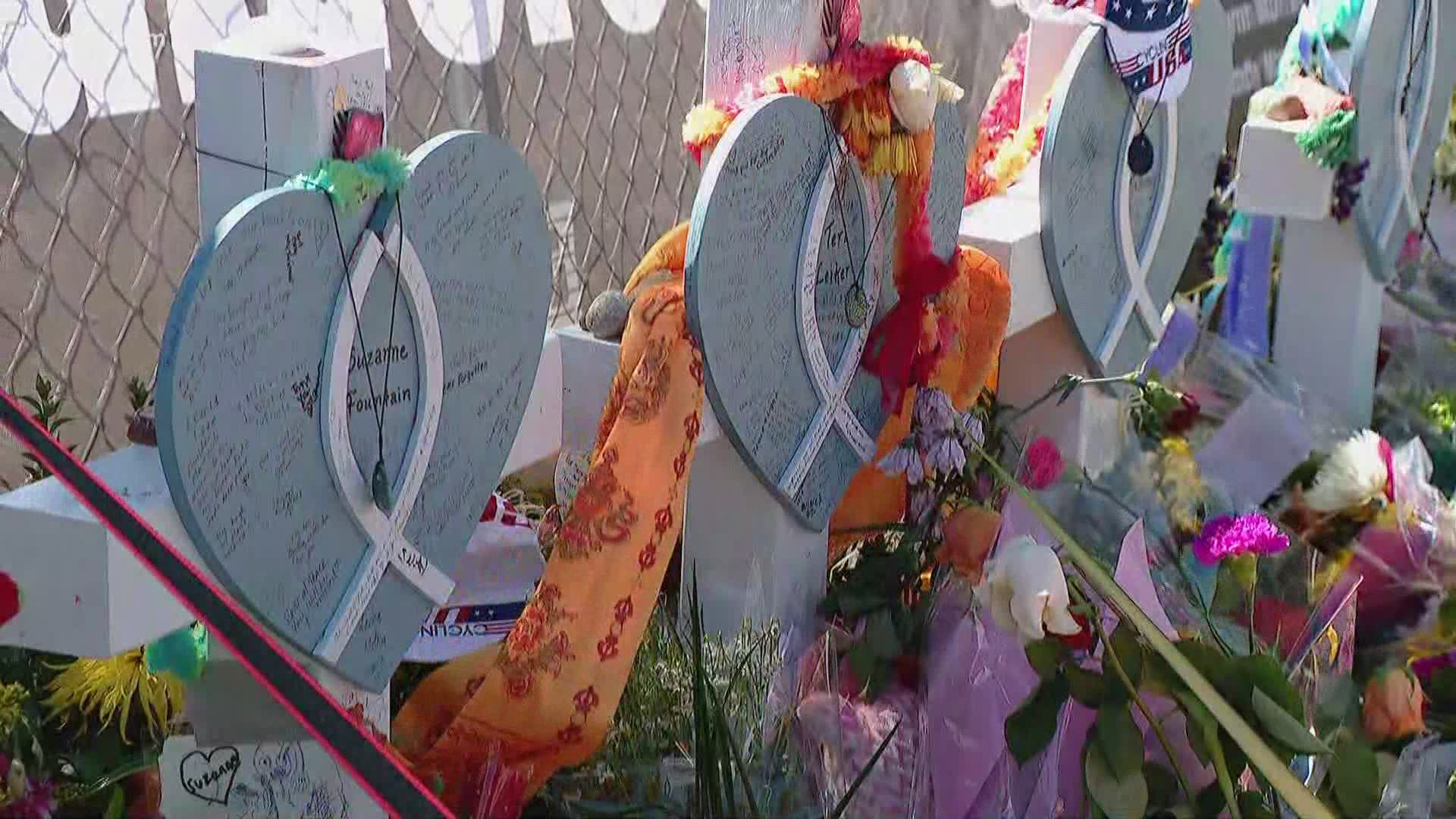 BOULDER, Colo. — The City of Boulder and the Museum of Boulder are in the early stages of planning both short-term and permanent memorials honoring the 10 victims of the March 22 King Soopers shooting, according to the city.

The release said consideration of input from those affected by the tragedy, as well as the community at large, will be a core component of the process.

>The video above aired in late March. The museum documents Boulder shooting memorial fence items left by the public.

Planning is underway while being mindful of the necessary time for pause, reflection and response to the situation.

A temporary memorial fence at 3600 Table Mesa Drive is currently home to thousands of items placed there by community members and mourners to express grief, sympathy and solidarity, according to the city.

“Our community is still reeling from the recent tragedy and will be grieving for a long time to come,” Interim City Manager Chris Meschuk said. “The city is committed to honoring the victims and preserving the outpouring of support embodied in this organically created tribute.”

Boulder said the community should expect the fence housing the memorial to evolve over time as future plans are considered.

On Friday, the city said, Museum of Boulder volunteers moved tribute items from part of the temporary fence to another location a few feet away to allow better access and circulation in the area. Determinations about other items located on the fence will be made after the one-month remembrance.

“The Museum of Boulder is respectfully seeking to serve as a conduit to help our community heal,” Museum of Boulder Executive Director Lori Preston said. “The process of preservation of artifacts, stories and oral histories is especially important at this time in light of the pandemic and limited ability for family members and friends of loved ones to attend the vigils and visit the sites.”