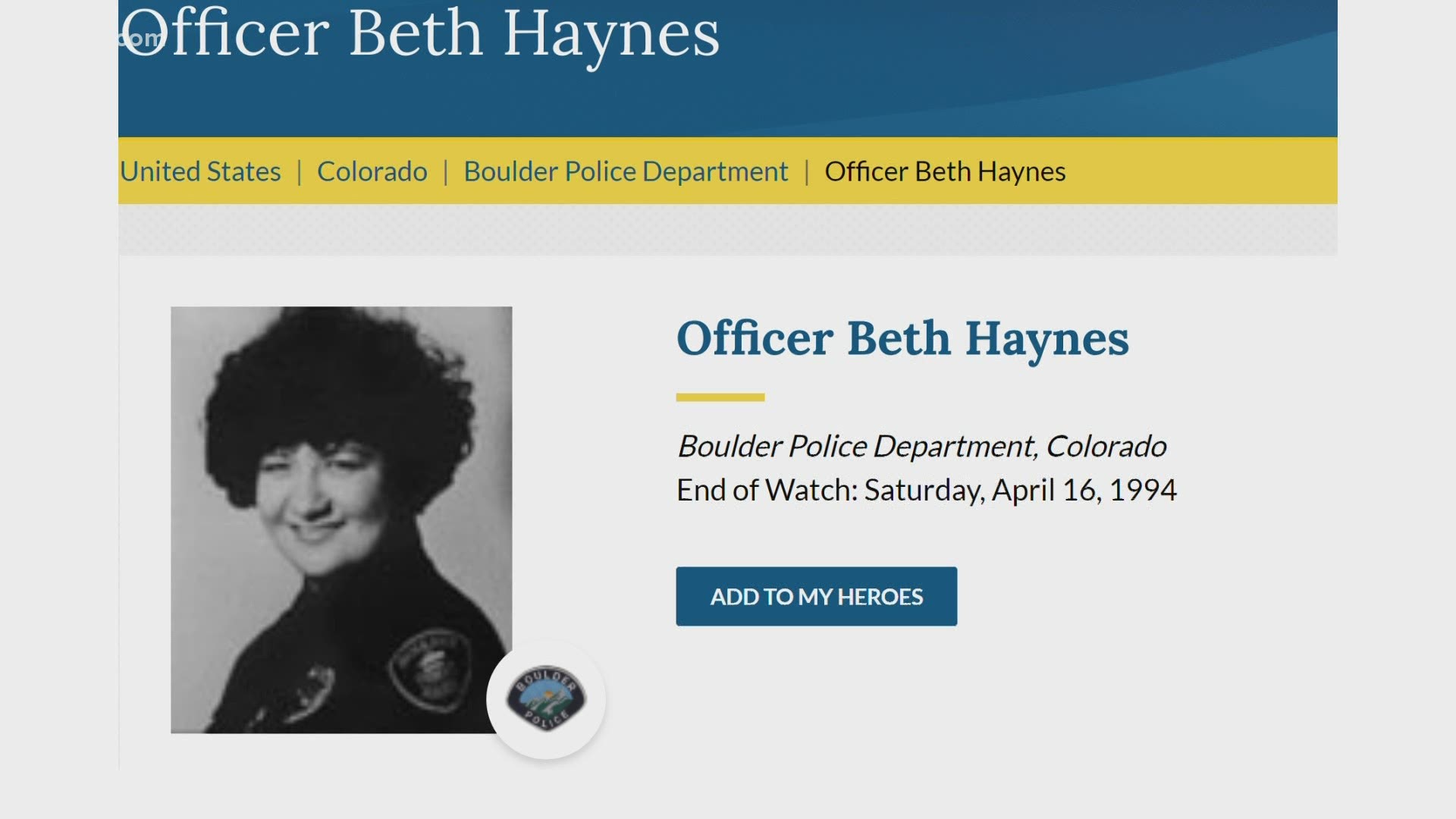 Nearly 30 years have passed since the department last had a line-of-duty death.

Officer Beth Haynes was killed in a shooting on April 19, 1994, when she responded to a domestic violence call just before her shift ended. According to an archived article from The Denver Post, Haynes died after she was hit in a shootout with the suspect, who had threatened his ex-girlfriend.

The woman, two children and another man were inside one of the apartments at the time, according to the article. The suspect eventually took his own life at the apartment door.

Haynes, who was 26 when she died, had only been with the Boulder Police Department for a few years at the time.

Following her death, the Beth Haynes Memorial Award was established to honor officers in Boulder County for their service to victims and their work on domestic violence issues and cases.

The Officer Down Memorial Page, which tracks law enforcement deaths nationwide, shows that Haynes' death was the fifth line-of-duty death in Boulder. Talley's is the sixth.

For anyone who would like to read it, The Boulder Daily Camera in 2014 posted an extensive summary of what happened to Haynes and looked at the events that followed.