'She made a happy life for herself': Family remembers Teri Leiker, victim of Boulder shooting

Teri Leiker worked at the King Soopers in Boulder for more than 30 years. Her family said she was a big hugger, with a big smile. 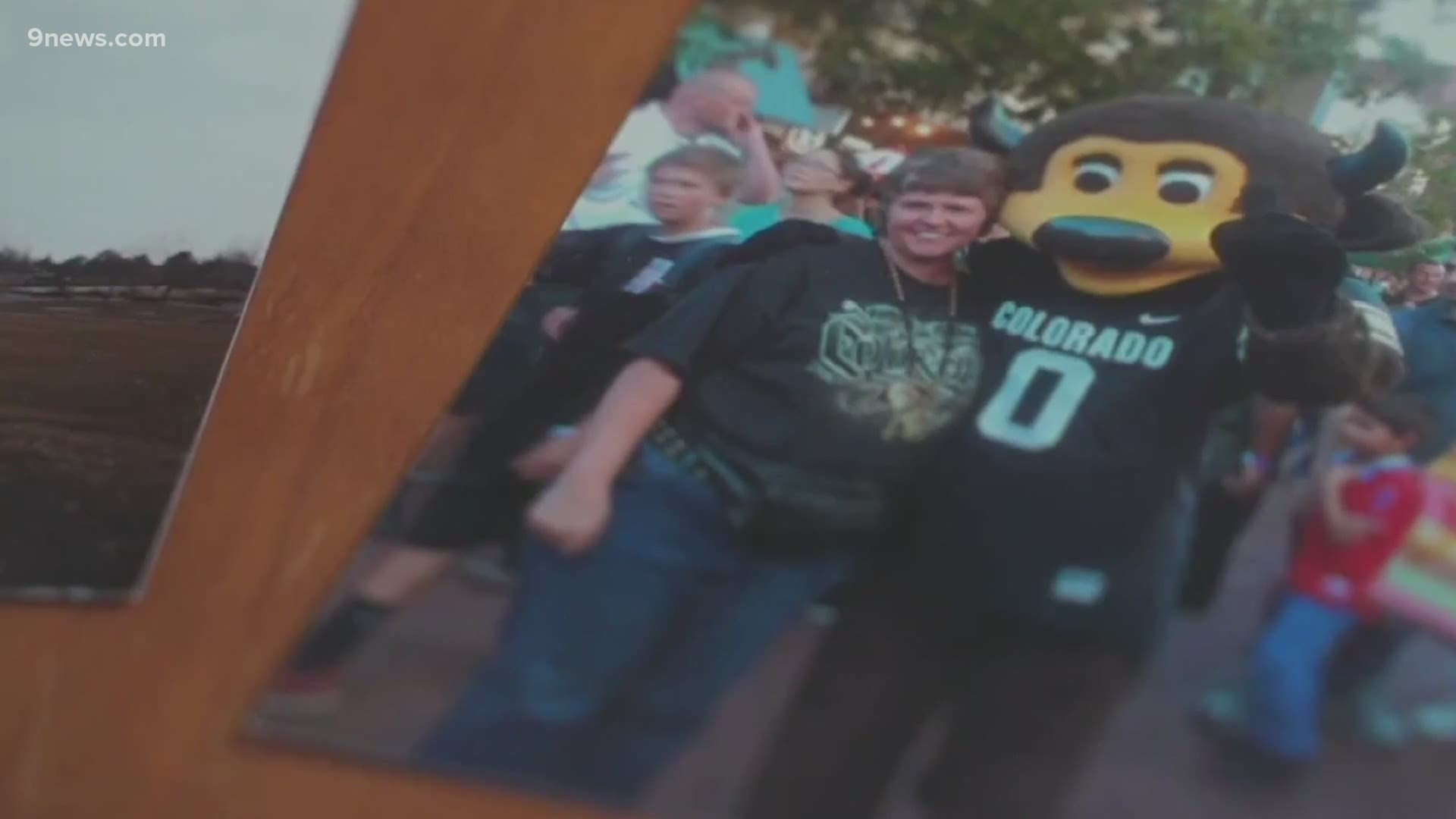 COLORADO, USA — The family of Teri Leiker shared more of their daughter’s story with Colorado on Wednesday. They spoke at length about her sense of humor, her loving personality and the obstacles she overcame to live a happy and joyous life.

Leiker worked for King Soopers for more than 30 years. Her mother said the company plans to celebrate other 30-year employees with a special anniversary ring, named in her daughter’s honor.

Leiker was one of 10 people killed in a mass shooting March 22 at a Boulder King Soopers.

>> Read more about Teri’s life, and memories from friends and family.

Below is the full statement from Leiker's family:

Mom Margie, Daddy Tom, Brother Kevin, Sister-in-Law RoxAnn, and niece Rachael wish to thank the community for the outpouring of love and support it has shown their family in response to the senseless death of their beloved Teri. She was their sweet, sweet girl. Teri’s capacity for love was immense. They say she was the most joyful person to be around. Everyone loved her and she loved them back.

She was known as a big hugger with a big smile, was sweet, caring, had a memorable laugh, and an incredible memory. During the floods and fires, she would cry and be so sad for the people affected. She always wanted to donate to them. She loved watching Disney movies and comedy on television. She had a great sense of humor.

Teri was born in 1969 in Colorado and spent her life in Denver, but mostly in Boulder County. To say she loved this area would be an understatement. She loved admiring the “Flatirons” and saw beauty in nature. At age three she was diagnosed with cognitive disabilities but that never stopped her. She was strong-willed and was able to overcome any obstacle. Her positive spirit and determination to succeed led her to graduate from Longmont High School’s special education program.

At the age of 21, she began living independently, with help from Imagine Colorado. She started her first and only job with King Soopers on May 23, 1989 and was proud to have been there so long. She looked forward every year to her work anniversary.

Teri was a Courtesy Clerk (front end bagger), brought in buggies, and helped anywhere she was needed. She smiled at her customers and tried to share her happiness with them. She loved her job, customers and co-workers. In 31 years she was absent from work only due to minor health issues. She called her mom every day when she got home from work to let her know she was safe.

She was so proud in 2007 when she was able to buy a condominium through the Colorado Housing and Finance Authority. She loved her home; said she would never live anyplace else. She took great pride in keeping it spotless.

Her involvement in the Boulder community was profound, and especially with the University of Colorado. For 11 years she was active in the Best Buddies program. Best Buddies facilitates the creation of one-on-one friendships between students and members of the community with intellectual or developmental disabilities, to create a more inclusive world where organizations like it need not exist.

“None of our chapter events were their best without Teri in attendance; the energy, love and humor she radiated was infectious. She taught us how to be CU Buff super fans, caring and deliberate friends, and joyous community members the world needs more of,” said Liz LaJoie, CU Best Buddies Chapter President.

Teri loved CU. She was excited when CU football was being played in Boulder. She attended almost every stampede over many years. She was there celebrating with her arm around “Chip” the mascot. She was able to attend a couple of football games, and frequently went to CU women’s hockey games. She loved all of it. She was a devoted fan and supported the marching band where she was frequently seen urging CU to victory. She always wore her black and gold CU outfits when they were playing and watched every game on television that she could.

In the early 1990s Teri found love with Jean Le Clare and enjoyed a relationship with him until his untimely passing in 1995. She later dated David whom she was with for many years. She loved traveling having visited Alaska, Hawaii and took many cruises with David and his family.

In 2019 she began dating Clint who is also a King Soopers employee (thank God he was not a victim) – she being there 31 years and he being there 32 years. They worked together and were friends for a very long time before their relationship began. In October 2020, Clint moved into Teri’s condo with her and they were excitedly planning their future together with an upcoming trip and planting a small patch of garden. Clint will be living in Teri’s condo to stay as close to her as he can.

In her younger years, Teri was quite the athlete. She was active in Special Olympics where she ran track and field, played basketball and softball. Every Memorial Day for around 15 years, she volunteered to provide security for the Bolder Boulder. She was so looking forward to walking the Bolder Boulder with Clint this May. For many years she and David went to the Dark Horse every Thursday night to eat hamburgers and sing Karaoke. She wasn’t a great singer, but she had great fun.

While absolutely devastated by her death, her family is thankful she didn’t have to live with the horrible memories of that day, to see what happened to her customers and co-workers – it would have been very overwhelming for her. She may have never again been able to be the wonderful person she was living with that trauma. She could not have gotten over it. Her loved ones are comforted in knowing she was met in heaven by her dear cousin Mark, her grandmother Jean, and other family and friends. They will miss and love her forever.