Gun used by alleged grocery store shooter was technically a pistol, according to affadavit

For people who are not gun enthusiasts, a Ruger AR-556 may not resemble a handgun. That design was intentional to meet certain statutes. 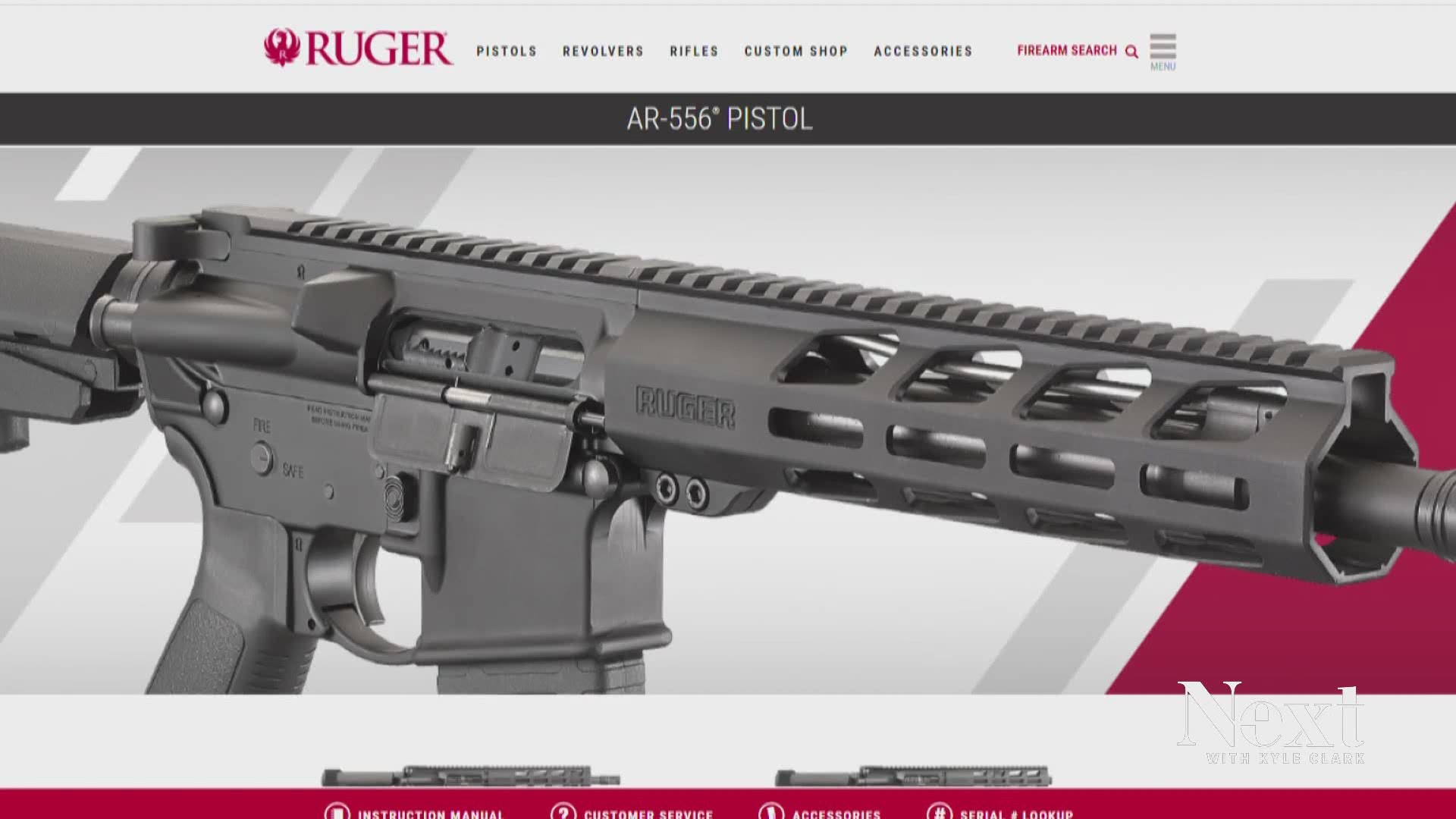 DENVER — The weapon used in the grocery store shooting in Boulder was a pistol, based on the arrest affidavit.

For people who are not gun enthusiasts, a Ruger AR-556 likely does not resemble a handgun.

"It was specifically designed to meet certain statutes. And ATF (Bureau of Alcohol, Tobacco, Firearms and Explosives), actually, approved it a while back," said retired ATF special agent John T. Risenhoover. "A 556 is traditionally a rifle round, and they put it into a handgun form, and it's legal. It's just the way the law is defined, it's legal."

A common image for a handgun would be an officer's duty weapon.

By definition, a handgun or pistol is a gun with a barrel less than 12 inches long.

"That's where we get to this whole thing of this gun is more dangerous than this gun," said Risenhoover. "It was designed as a pistol."

"The reason you want a longer gun is it controls better, you can manage it better, you can point and shoot easier with it," said Risenhoover. "The shorter it is, the less accurate it is."

The shooter killed 10 people. No others were injured.

The investigation has not yet revealed where and how the shooter bought his weapon, only that it happened on March 16.

On March 12, a Boulder judge struck down two city ordinances passed in 2018. They banned magazines that hold more than 10 rounds, and they banned certain weapons. It appears the 556 pistol would fit the definition of what would not have been allowed to be possessed, transferred or sold in Boulder.

"I'm always really clear, very small percentage of firearms are ever used in crimes. I'm not saying we shouldn't do things. I'm not trying to make a judgement on any gun laws or anything, but I'm just saying, the majority of people that are out there buying this stuff aren't going to ever do shenanigans with them," said Risenhoover, "Everything I focused on was how to identify repeat shooters, usually young men who are being stupid, and identify and get in front of them beforehand. I think that should be the focus of ATF more than anything else."