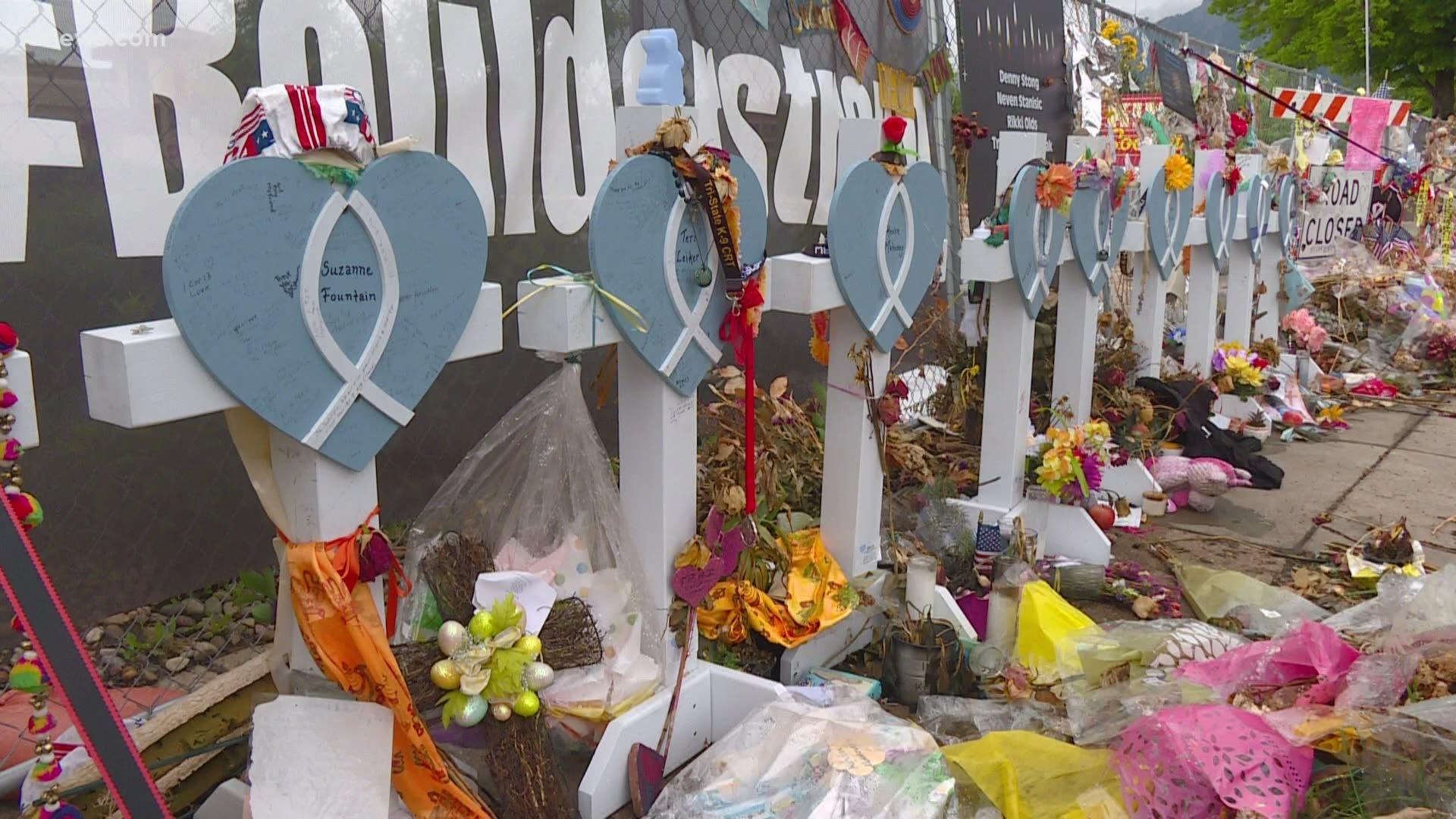 BOULDER, Colo. — During a brief court appearance Tuesday morning, a judge ordered that the suspect charged in a deadly mass shooting at a Boulder King Soopers undergo a competency evaluation.

The evaluation will take place at the Boulder County Jail within the next 21 days and will determine whether the suspect is mentally fit to stand trial.

>The video above is about efforts to preserve items left at the store as part of a memorial.

Tuesday's hearing was initially supposed to be a preliminary hearing where evidence would be presented and the judge would rule if there was enough to proceed to trial. That proceeding, however, was vacated and replaced with the advisement hearing after defense attorneys raised the issue of mental competency for the suspect in court filings last week.

Aside from the weapons charges, each of the other charges represents a victim, according to prosecutors.

The suspect's mental health is not a new issue, earlier this year, NBC News reported that several law enforcement officials said Alissa appears to have a history of mental health problems, which may have been a significant factor in the shooting.

So far, police have been unable to determine a motive for the shooting.

In May it was announced the store where the shooting happened will be renovated and is expected to reopen sometime this fall.