She said it felt right to close up shop after losing her sister, but it felt wrong not to reopen. 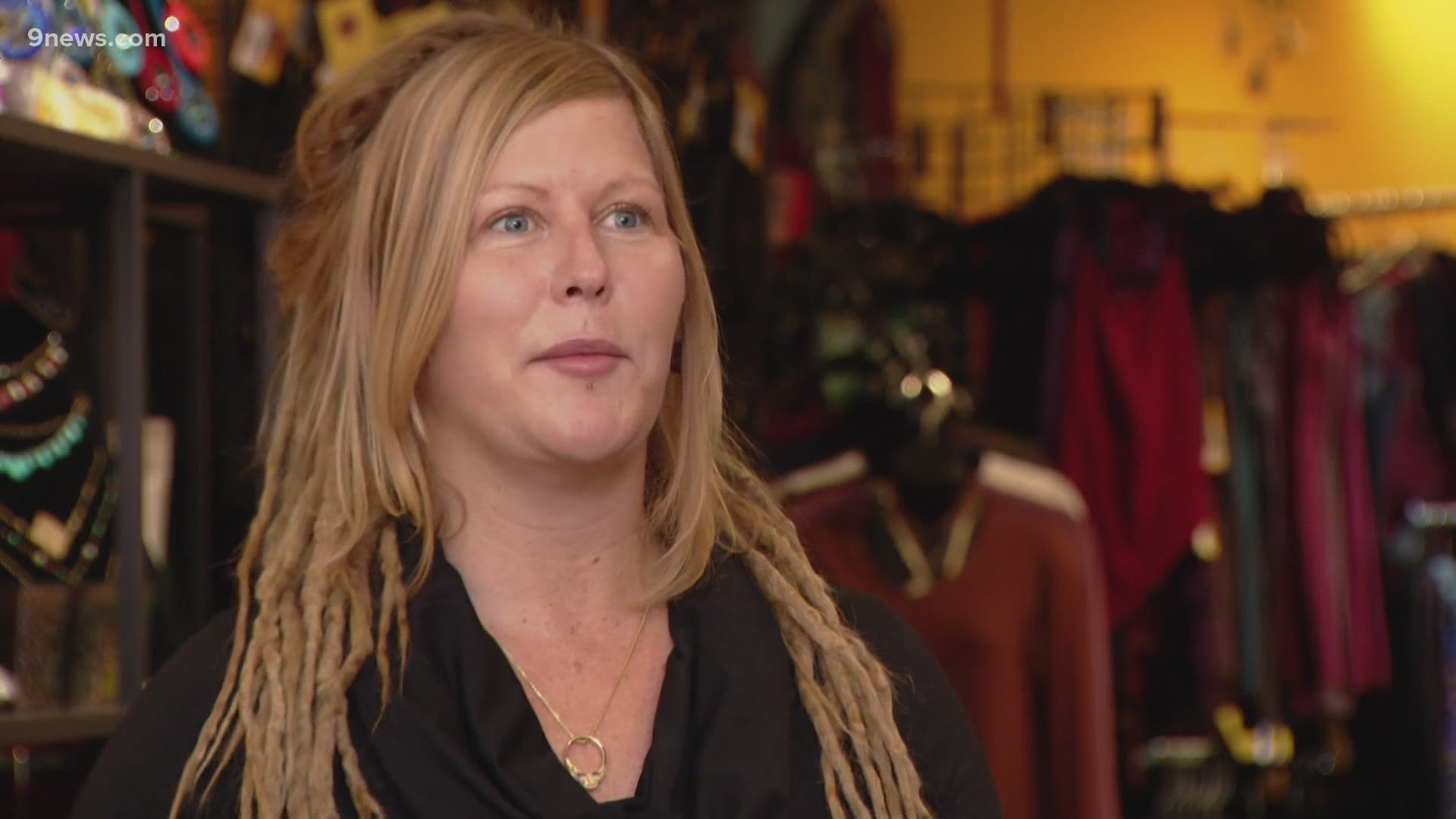 BOULDER, Colo. — A month after Umba closed its doors in grief, the Boulder art and clothing store owned by two sisters reopened with just one.

“Just trying to grasp the reality of this has been the hardest part of it all," said Leesah Noble.

Noble's big sister, Tralona "Lonna" Bartkowiak, was one of ten people killed in the March 22 shooting at King Soopers on Table Mesa Drive.

“The thought of opening [the store] up without her was extremely painful," Noble said.

She said it also felt wrong not to reopen the place where she still feels her sister's presence.

“I think in the long run, we felt a responsibility to [Lonna] to carry on the community connections and her spirit through that," Noble said.

Noble and a friend opened Umba on Broadway about nine years ago. When her partner left the business, Noble brought her big sister on board to run the store with the perfect name.

For years, Lonna Bartkowiak was the one to welcome in customers with her authenticity and compassion.

“The one thing that she loved about the store, it’s the people," Noble said. “We would make a joke like you can’t come in and buy a pair of pants without crying in Lonna’s shoulder.”

Boulder has needed shoulders to cry on since March 22. On Thursday, 31 days after the shooting, Noble welcomed Boulder customers back to Umba for the first time.

“It’s been really refreshing and really nice to know that the people still want to come in even without [Lonna] here," said Allie Olsen, a longtime employee and friend.

Olsen said she plans to take over where Lonna left off. She doesn't expect to fill her shoes, but she'll match her style.

“We’re all just kind of trying to be like Lonna if that makes sense," Olsen said.

Only good vibes and memories flow inside the store filled with festival clothing and colorful artwork.

Noble and Olsen placed a table outside in front of the store with a memorial book for people to sign on Friday.

Besides the book was a bowl filled with bracelets that read, "Be like Lonna."

Noble said she hoped the message would encourage people to be more kind and thoughtful. The bracelets were free to anyone who stopped by Umba, a store on Broadway that two sisters will always share.