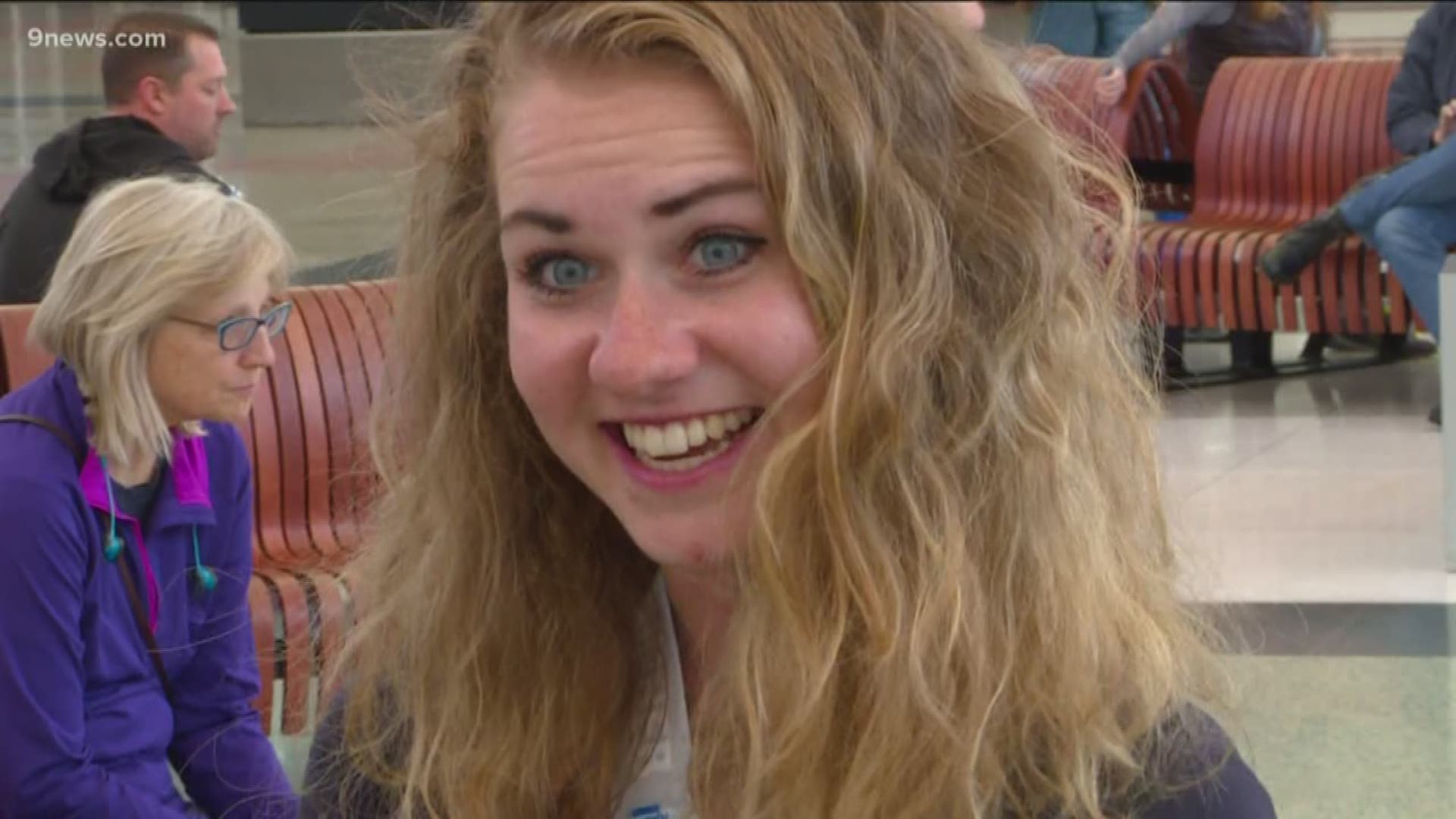 Why would someone do this?

"Why not?" said the Boulder resident as she greeted her family and friends Sunday afternoon at Denver International Airport.

Knoblach placed first for the women and also broke the women's world record and the men's U.S. national record by 10 hours.

When the race is a little less than a month, that can happen.

Knoblach, 24, said she realized she had a chance at winning when she saw the one woman ahead of her was ahead by "only" a half marathon.

Because these races are a small subset of the triathlete community, it's as much about competition as it is about camaraderie.

"We both wanted to win, but we didn't want to destroy the other person and make them not finish in the process," she said.

So Knoblach, and fellow racer, Shanda Hill of Canada, devised a plan.

“So we were just like, OK,  we’re going to hold off for another couple marathons," said Knoblach, realizing the ridiculous nature of the race when "a couple marathons" is said casually. "And then we'll start racing."

Knoblach said Hill ended up with food poisoning and fell behind, but she still became the first Canadian to finish a Double Deca.

At the awards ceremony, she taped up her feet once again, and despite all the blisters, slid on some heels.

Knoblach, who is originally from Minnesota, made headlines last year when she came forward with allegations of sexual abuse against her father, a former Minnesota State Representative.