'It's a total loss:' Large fire at Boyer's Coffee in Adams County

The building is located at 7295 Washington St., north of downtown Denver 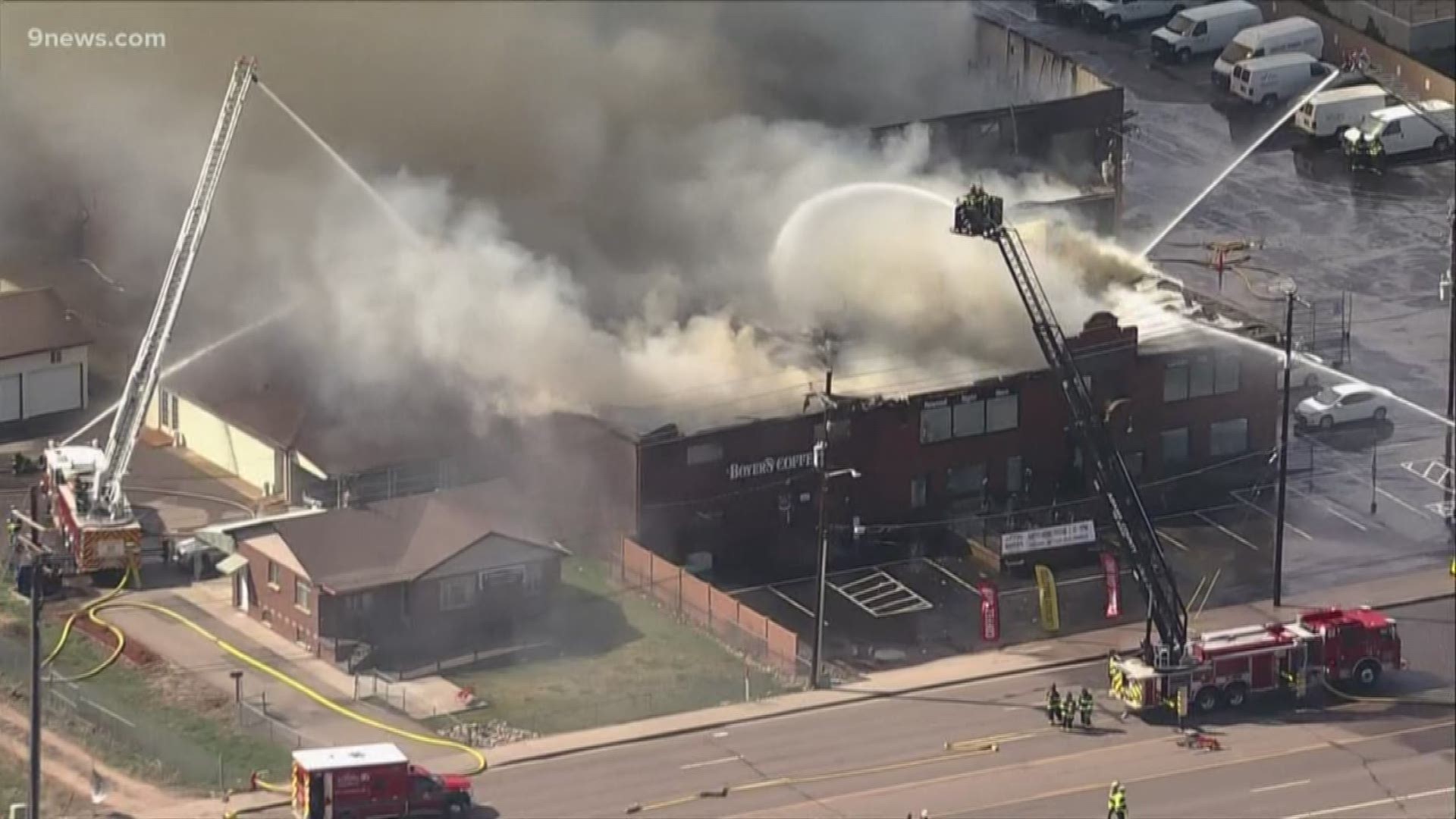 ADAMS COUNTY, Colo. — Boyer's Coffee is "assumed to be a total loss" following a fire that broke out Tuesday afternoon, sending a plume of smoke into the sky that was visible throughout the Front Range.

That's according to Adams County Fire Rescue spokesperson Julie Browman. She said fire investigators have been called to the scene and are working to investigate the cause of the blaze.

"It's going to be a while before we know the cause of the fire," Browman said.

The facility is located at 7295 Washington St. and the cafe occupies a 1927 schoolhouse, according to Boyer’s website.

The fire was reported just before 1:50 p.m., according to Julie Browman with Adams County Fire Rescue. People inside the building were evacuated, and there have been no reported injuries.

Multiple crews from Adams County, North Metro and Thornton’s fire agencies were called to the scene.

Sky video shows the fire burning cars that were parked outside of the building. Parts of the roof appear to be caved in.

"This is difficult for sure," Browman said, adding that firefighters from her agency often used Boyer's as a meeting place.

On its Facebook page, Boyer's said it was aware of the fire, but could not provide further details.

BUSINESS NEWS: Here are Colorado restaurants offering takeout and delivery — that aren't on the apps