"Why would somebody break into a free store? We don’t know, because there is absolutely no cash in the building," founder Travis Singhaus said. 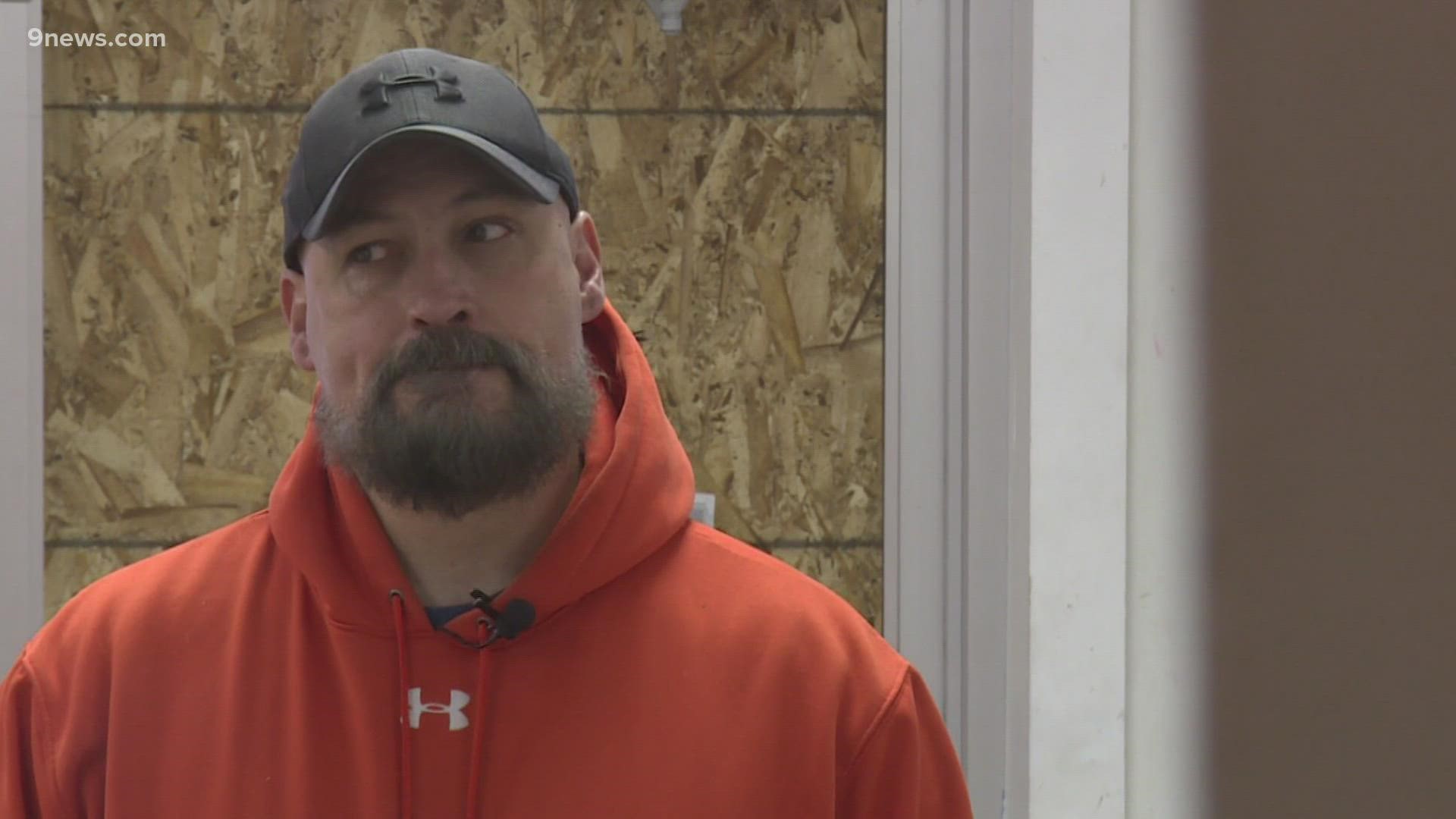 DENVER — After multiple break-ins throughout the year, a local nonprofit was forced to close its doors.

Impact Humanity is a free clothing store on Welton Street in the Five Points neighborhood. The nonprofit Impact Locally ran the clothing bank from that location for the past four years.

"Every time I walk into this building, it breaks my heart," founder Travis Singhaus said. "It's not so much important for me, it's important for [the customers]. And when you know that and you know what people go through, you know how much this hurts."

Singhaus said the clothing bank served about 2,500 people a month.

Over the last year, the building was a target for crime. Singhaus said the clothing bank was broken into five times this year. The most recent hit left some irreversible damage.

"Our insurance company said 'we can no longer insure you at this location,' and so unfortunately we're forced to find a new location," Singhaus said.

"Why would somebody break into a free store? We don’t know, because there is absolutely no cash in the building," he said. "We don’t take any cash at all, so the only thing we had was clothing, hygiene, and items people could use to help get through the cold."

As winter nears, Singuas hopes to get a new clothing bank up and running as soon as possible. The founder hopes to find a bigger location in the Five Points neighborhood to add more services like a classroom to implement job skill training and a barber station to help people prepare for interviews.

For those who question why he may continue to serve this area, he said despite the setbacks, he will not give up.

Impact Humanity will be officially out of their Welton Street space at the start of December. If you are interested in helping them secure a new space in Five Points, you can contact them through their website.

RELATED: Food Bank of the Rockies seeing a shortage of volunteers ahead of holiday season