Anastasia is still quite hesitant about being around humans, but she is healing quickly from her wounds. 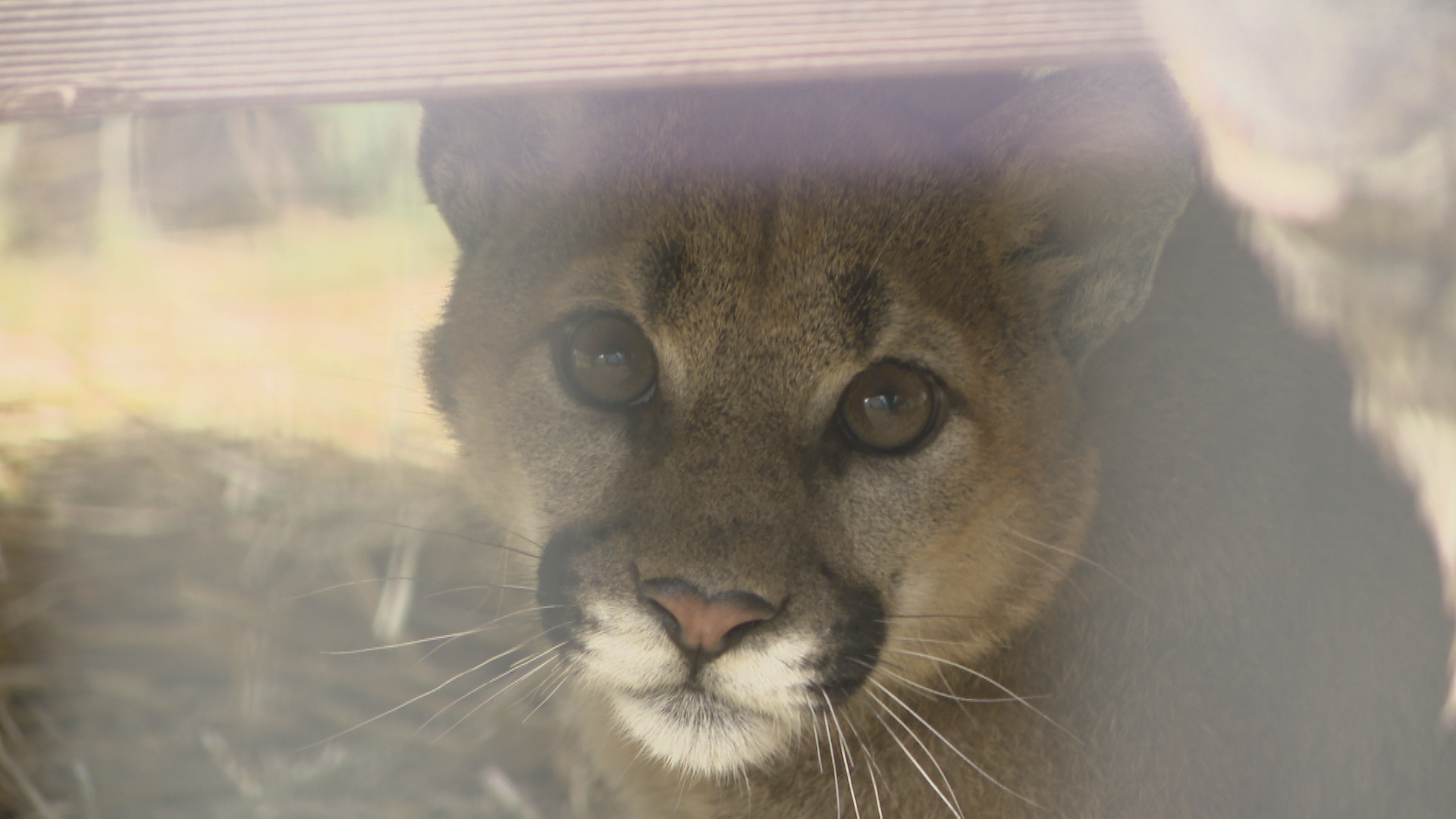 SANDSTONE, Minn. — Tucked away in Sandstone, MN, the Wildcat Sanctuary is home to a lot of different residents. Although, the ones that get the most attention aren't necessarily the loudest ones.

The newest addition to the family, cougar kitten Anastasia usually spends her day hiding under a platform. Cougars are usually crepuscular animals, but Anastasia, given her background, is especially shy around people.

"Anastasia arrived at 22 pounds. She had bite wounds all over her body," Executive Director Tammy Thies said. "Her tail was degloved from an animal biting it and she had that horrible abrasion on her face."

Taken in from Oregon, Anastasia isn't even a year old yet. However, Thies said it's already been a tough life for the big cat.

"Somebody purchased [her] as a pet, unfortunately [she] was unsocialized so they thought letting her out in the wild would be the best outcome for her," Thies said. "Captive born animals cannot survive in the wild. She was just little, and a Good Samaritan started spotting her."

Eventually, they captured Anastasia and brought her to the Wildcat Sanctuary where they luckily had both room and heart to take care of her. She's come a long way, but still has a lot of emotional healing to do.

"She doesn't see anything good right now," Thies said. "She only really trusts herself so we need to open up that world to her a little bit so that she can trust that more of nothing bad will happen."

Eventually, the folks at the sanctuary believe she will get there. Hanging out with the five other cougars who have become well-adjusted to their home in Sandstone.

"Our goal with Anastasia is that she will get introduced to another rescue cougar and that she can have companionship here at the sanctuary," Thies explained. "Sadly when cats come to us, they will never be wild again but we try to allow them to be wild at heart. She's going to move into a free roaming habitat with enrichment, caves to hide in and a heated building and she's going to be able to make choices."

And that is especially meaningful because it was never her choice to be purchased as a pet or be left out to fend for herself.

Thies said through their work, the sanctuary is constantly reminding the public of a very important message when it comes to exotic or wild animals.

"The captive wildlife crisis is what we call it - of people keeping exotic animals as pets," Thies said. "It's two fold: you have the breeders and the dealers. They are out to make money, they're out to sensationalize themselves and their animals. And then you have these animal lovers that think if you have a unique bond with a wild animal that that makes them more special, something deep and interesting, and owning a wild animal is much more glamorous than the reality. It's not fair for the animal and it never works out for the human that has purchased the wild animal."

The Wildcat Sanctuary in Sandstone is not open to the public for visits. However, if you would like to support Anastasia or future rescues, you can visit their website for more information on their Cats in Crisis Grant.