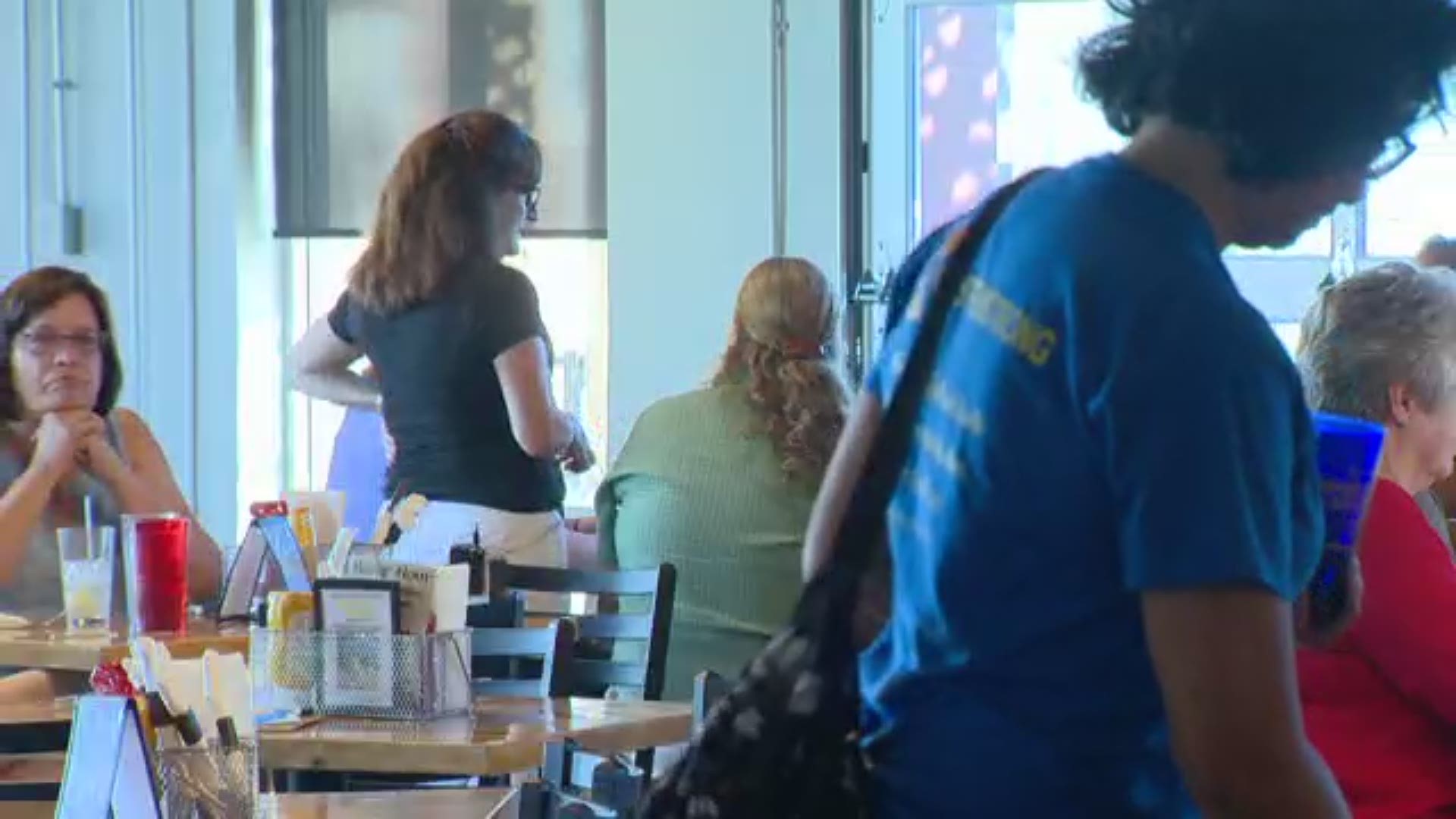 CENTENNIAL, Colo. — Before running Blue Spruce Brewing Company in Centennial and before Theresa Kane put together a fundraiser in the name of Kendrick Castillo, she was 'Ms. Kane' to him.

"I was one of his teachers," Kane said. "I had Kendrick his sophomore year."

Kane taught Spanish at STEM School Highlands Ranch while she was working to launch Blue Spruce Brewing at the same time.

"As one of my students, he's like 'hey Ms, Kane, I can help you if your computer breaks' and of course something happened and I'm like 'okay,'" Kane said. "He had his own little business."

RELATED: 'He was going to be something beyond what anyone could comprehend:' Kendrick Castillo's boss remembers his brilliance

She said Castillo helped her set up the brewery.

"He helped us build our computer for the brewery," Kane said.

Before Castillo died while fighting back against the shooters at the STEM School in May, Kane says he was already a hero.

"Of all the kids there, he was just one of the most selfless people," Kane said.

So, if there's a reason to raise a glass, Kane says do it in Castillo's name for $20 with a custom-made pint glass. The first beer or beverage is free and every penny spent on the glass will go to support Castillo's passion, the Robotics Team at STEM School Highlands Ranch.

"They both just hugged me and started crying and they said Kendrick talked about you all the time," Kane said.

Now, she will talk about him and his glass that preserves a legacy.

"The quote that's on there is 'Be more like him', that his dad and his best friend said that at the funeral," Kane said.