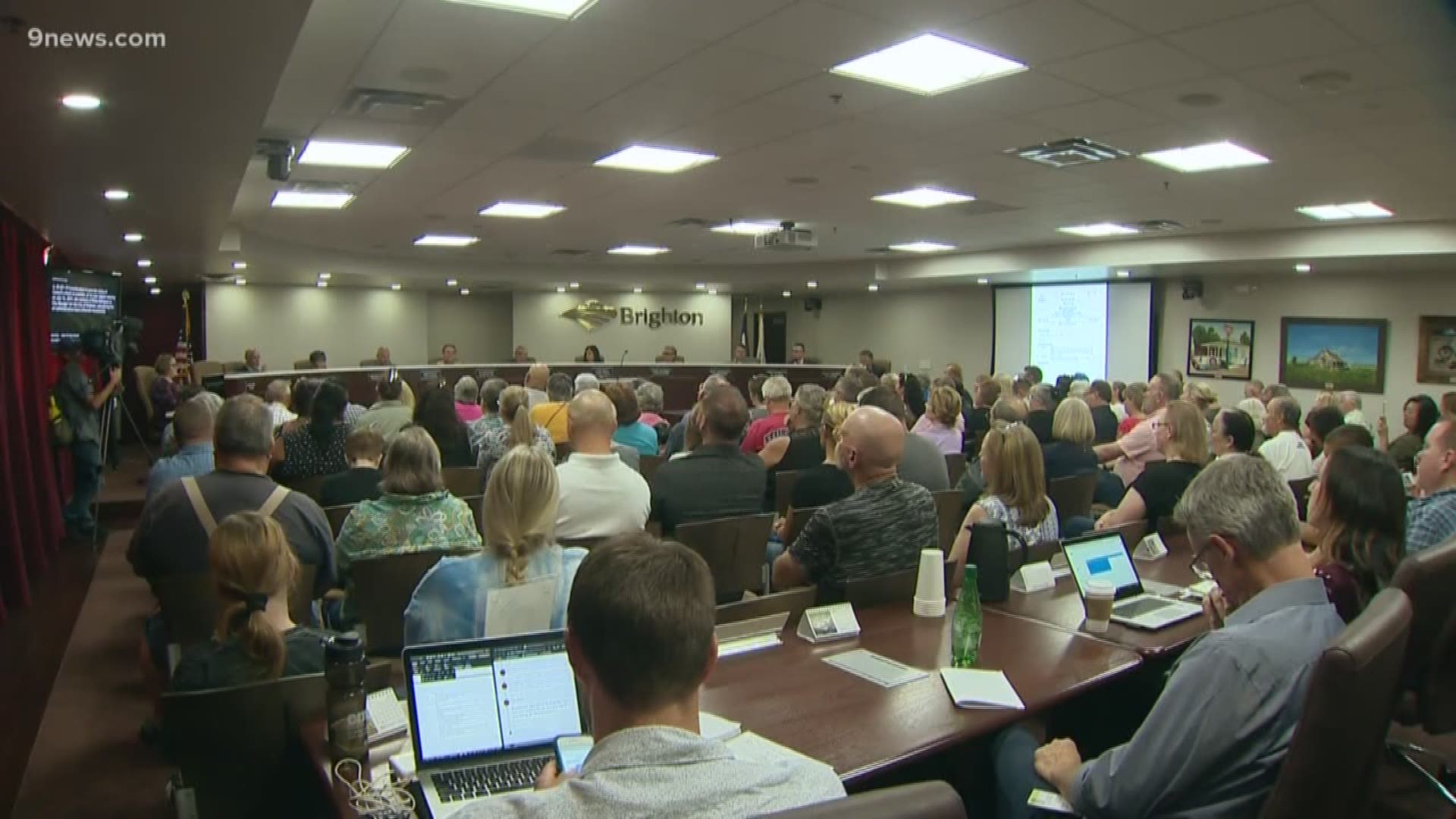 BRIGHTON, Colo. — A heated city council meeting in Brighton Tuesday night ended with the city manager one step away from being fired, and lingering accusations about misusing tens of millions of taxpayer dollars.

A large crowd filled the council chamber, as well as the overflow room in the lobby of city hall. They were not just angry about changes to city leadership, they were angry about water rates.

Councilman Matt Johnston is accusing some city leaders of "price gouging" people living in Brighton over the last 10 years. He said the city manager is being fired because he uncovered $70 million in overcharges for city water.

Johnston said the city raised water rates but didn't spend the extra money on water projects. He accused the administration of wanting to fire Rodriguez as a way to cover it up.

Residents who came to Tuesday night’s meeting expressed frustration with the water rates, and the efforts of some city leaders to remove Rodriguez from his job.

But Mayor Ken Kreutzer insists he and others have lost faith in Rodriguez’s leadership.

“I have come to the conclusion that I do not have faith or confidence in the management of the city of Brighton by Mr. Rodriguez,” he said.“The basis of my decision stems with a personnel issue, as I started the meeting with. It’s personnel in nature and I’m not going to make remarks concerning personnel issues. I can and will tell you in my own words what is not the reason, and that is the situation concerning the utilities fund and the impending forensics audit.”

“I’ve never seen so many members of the community come out to voice their strong opinion,” said Councilman Kirby Wallin, who voted against placing Rodriguez on leave. “They’ve been following the work of our city manager and city for the past two years. They seem pretty satisfied with it. I’m very concerned this is not a true vote on the city manager's performance, but something else.”

In the letter, Herrera argues the move would breach Rodriguez’s employment contract and violates his Constitutional rights. It also alleges another city council member is facing allegations of misconduct and has a conflict of interest in any vote to remove Rodriguez.