Lightning may have sparked oil tank fire near Brighton

Foam capable of extinguishing flammable liquids was used to bring the fire near Weld County roads 4 and 27 under control. 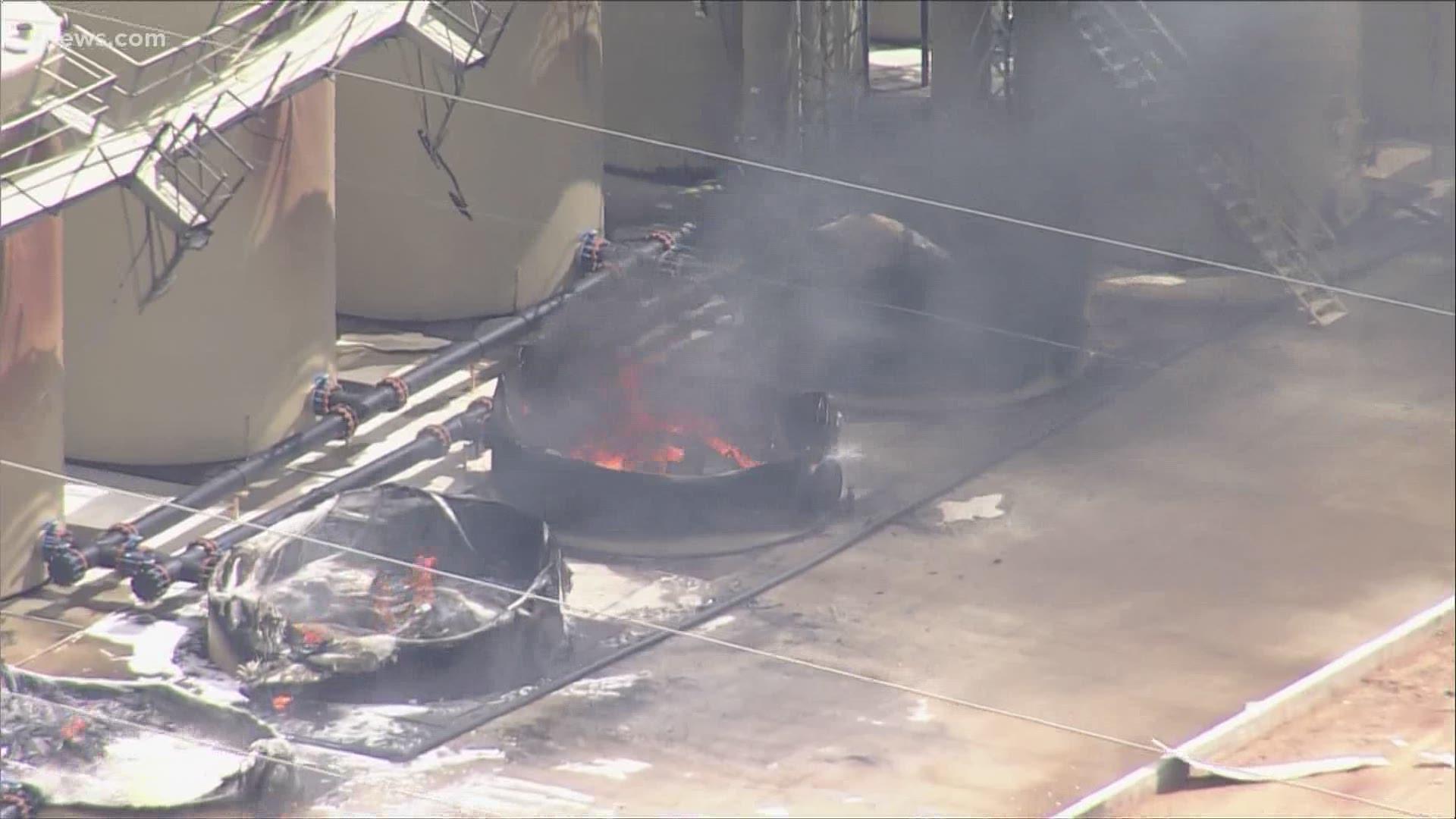 The agency reported that there were no injuries. They also said that while the tanks can be used for oil storage, they're currently empty.

A total of four fiberglass production tanks were involved in the fire, according to FLFD.

Crews used water tenders to shuttle water to the fire site to extinguish the fire, according to BFR. Foam was also brought in and, according to FLFD, the fire was under control just before 3 p.m.

RELATED: Weld County is caught in the oil fight between Russia and Saudi Arabia