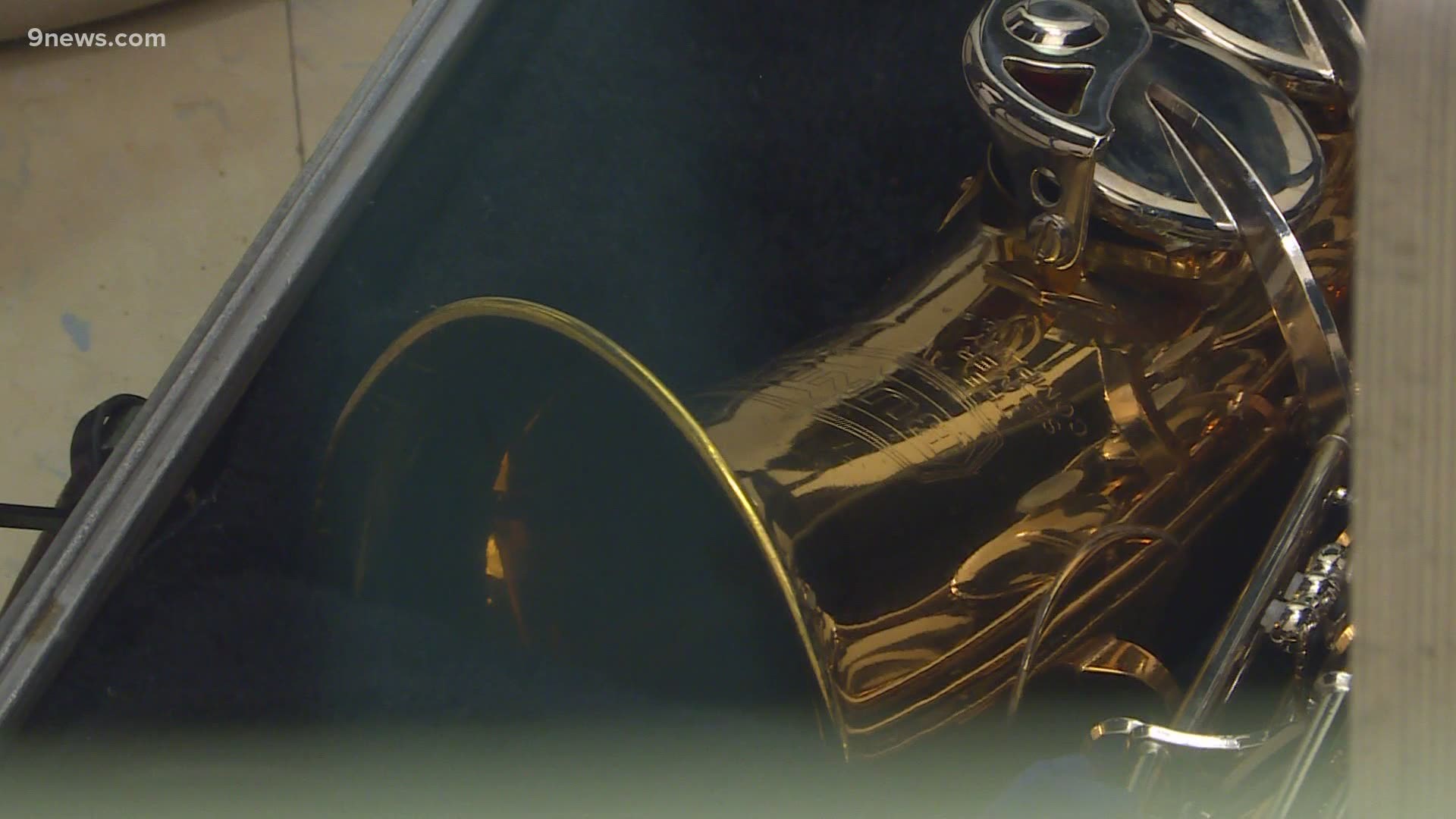 DENVER — When Matt Steele started as the music director at Northfield High School he said he had to build a new music program from scratch.

"When I entered Northfield in 2017, there were really no instruments, it was just literally a classroom," he said.

The school opened four years ago in a growing area along the Denver and Commerce City border.

"I will say no one teaches you how to do that," Steele said. "You just kind of have to figure it out and go with it."

Steele went with Bringing Music to Life. 9NEWS sponsors the music instrument drive which asks people around Colorado to donate their old trumpet, clarinet, or another instrument to support struggling school programs across the state.

"The first year I won a tuba," Steele said. "It was like he just pulled my name out of a hat which was really funny."

"I got a tuba. We have a ton of flutes, clarinets," Steele said. "He's given us lots of trumpets and saxophones."

He said Bringing Music to Life helped him build the foundation of his music program.

"The thing that's nice with Bringing Music to Life is everything has been cleaned and restored and repaired and you could count on the reliability of the instrument itself," Steele said.

"There's a lot of pride I think that goes into being able to handed like actually a nice instrument," Steele said.

Now, even with pandemic precautions where students can't even play together in the same room, Steele can build a music program of his own.

"You know, I'm really in the business of creating the legacy," Steele said.

If you want to find out where you can donate a used musical instrument of financial support for repairs, click here. The drive runs through March 21.

Steele said it helped him create something out of nothing.

"I definitely think that legacy is something that we really need at our school and I'm super proud to be a the forefront of it all."

RELATED: Bringing Music to Life kicks off for 2021 with hopes to bounce back from pandemic effect