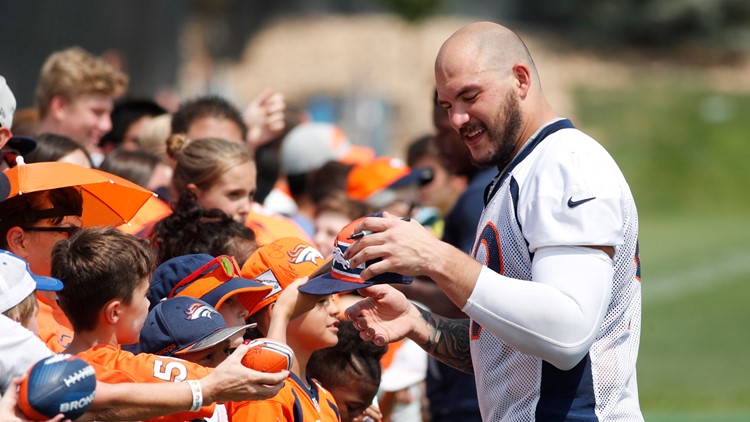 DENVER — Denver Broncos defensive end Adam Gotsis has launched a fundraising campaign to assist his home country of Australia where bushfires are having a devastating impact.

Wildfires across Australia have killed at least 27 people, including a firefighter on Saturday, and burned down more than 2,000 homes since September. The fires have also killed thousands of koalas and kangaroo and other animals.

Gotsis has made a $5,000 donation and his initiative called Green and Gold Unite officially launched online Monday morning.

Gotsis was born and raised in Melbourne before he came to the United States to pursue his dream of playing football.

While residing in the United States, Gotsis has watched his loved ones endure hardships as a result of the fires. With his deep connection and ties to Australia, he's indebted to assist with the restoration of the country.

RELATED: Australia turns from defense to offense in wildfire battle

"As many of you have already seen Australia is facing a national crisis. Australia has been devastated by the bushfires," Gotsis said. “I’m committed to raising awareness, and monetary donations; all proceeds will go to Australian organizations I've partnered with.”

He said in a video on his campaign website that there would be an online auction and t-shirts for purchase with all of the proceeds being donated. He said two of his signed jerseys and helmets would be included in the auction.

Gotsis calls upon all professional athletes to join by raising funds, auctioning jerseys, and helmets, or by simply bringing awareness.

"If you can't donate be sure to reach out on social media. Post images raise awareness because any little thing can help," Gotsis said on his site. "We're in a national crisis, we need all the help we can get."