The lawsuits claim the passengers suffered emotional trauma after the United Airlines flight's engine explosion over Broomfield in February. 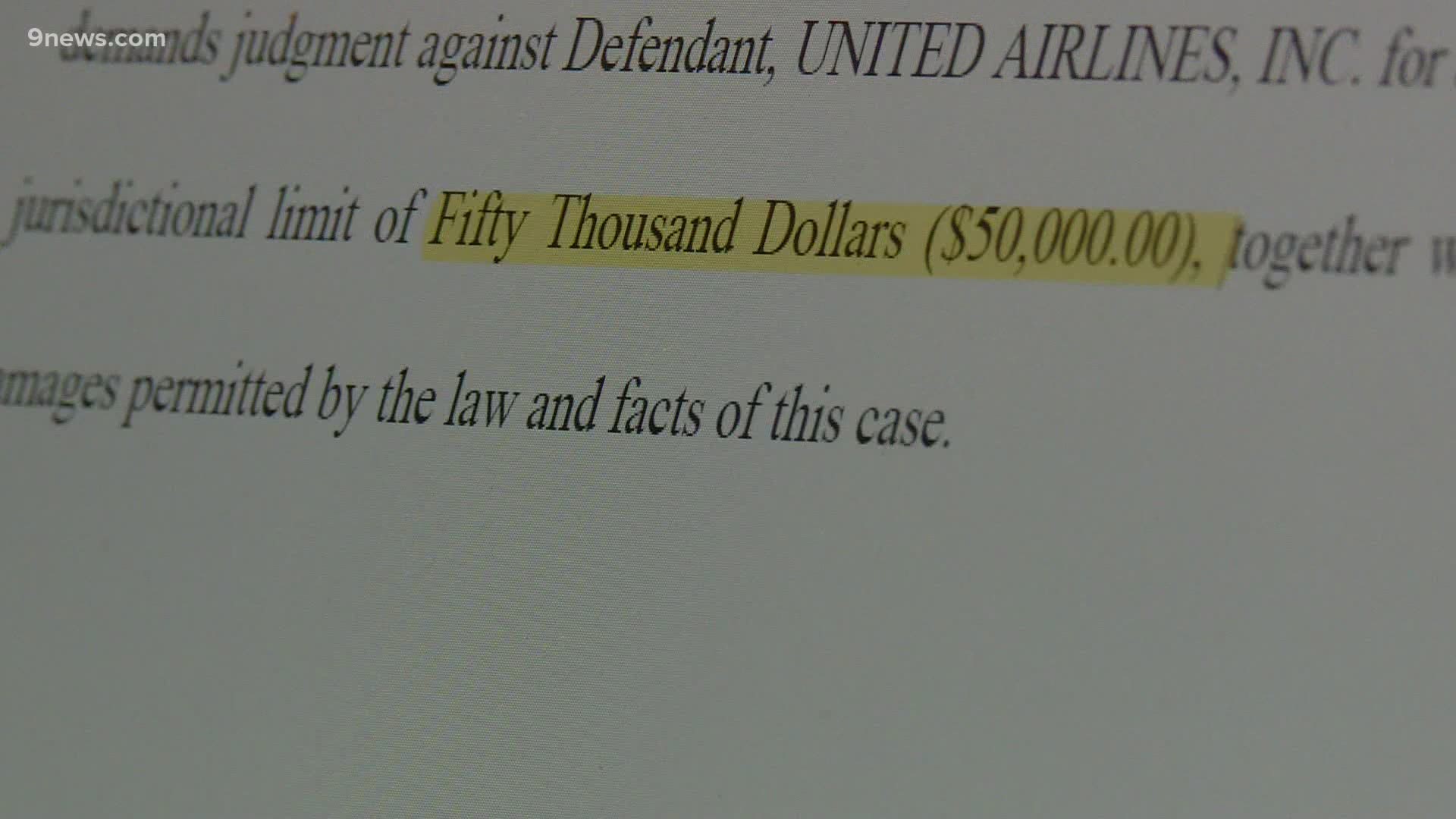 CHICAGO, Cook County — An Illinois law firm has filed four more lawsuits on behalf of passengers aboard a United Airlines flight whose engine exploded over Broomfield in February.

Clifford Law Offices filed two other lawsuits this month on behalf of passengers from Hawaii and Idaho. According to the aviation law firm, the four newest lawsuits involved a couple from Pennsylvania, a man from Maryland, and another man from Hawaii.

One of the engines of UA Flight 328 to Honolulu exploded about four minutes after takeoff from Denver International Airport (DIA) on Feb. 20 and rained down airplane parts over a park and houses in Broomfield.

The Boeing 777-200 returned to DIA for an emergency landing 24 minutes later. No injuries were reported on the ground or on the plane, which had 229 passengers and 10 crew members. The National Transportation Safety Board (NTSB) is investigating the explosion.

> Video above: 2 passengers on a plane that lost engine parts over Broomfield file lawsuits

The civil lawsuits filed in the Circuit Court of Cook County, Ill., seek monetary compensation for emotional damages as a result of the trauma that the passengers experienced on the flight, according to the law firm.