The 56,000-square-foot facility is filled with replica pieces of wind turbines. 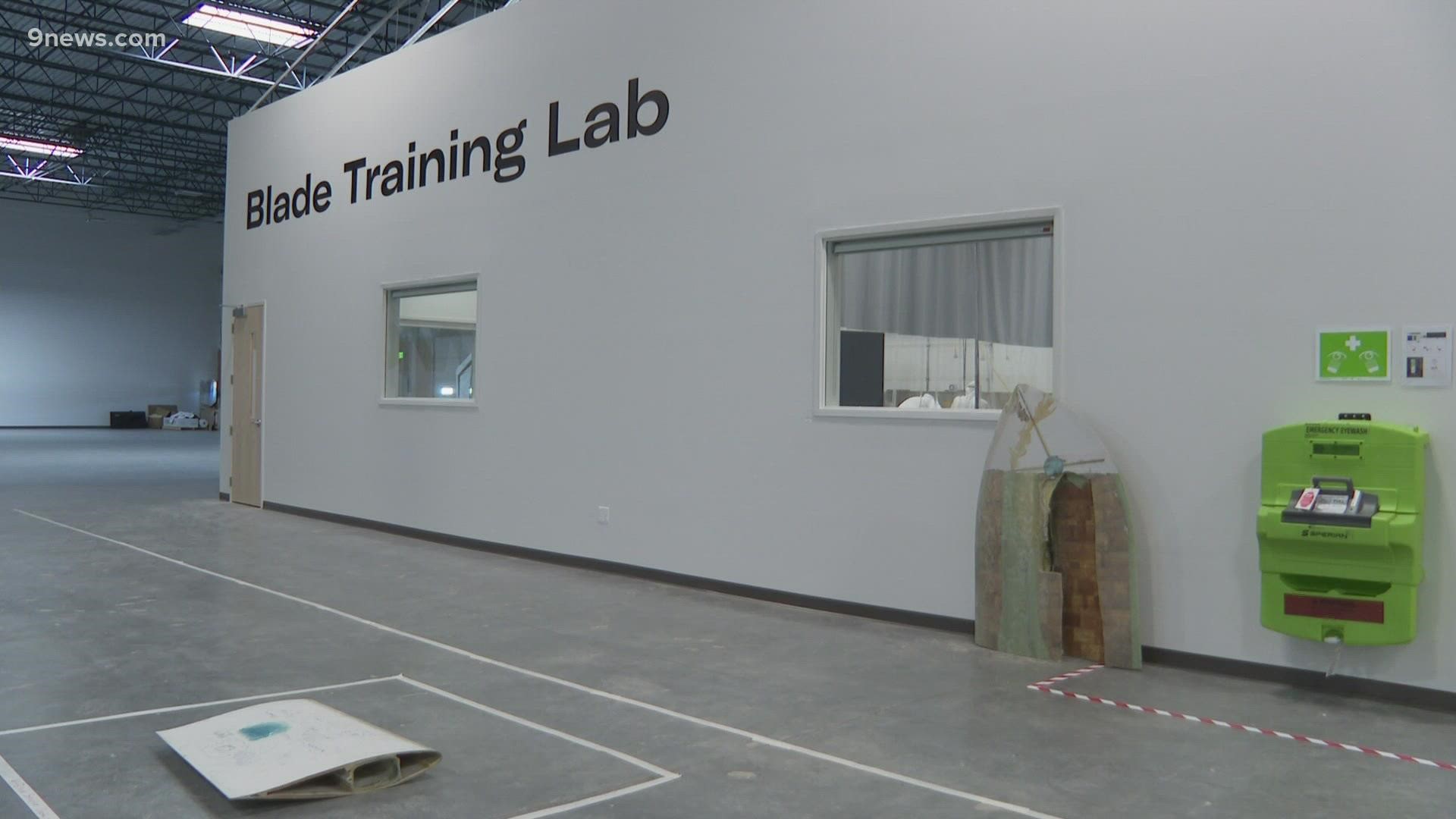 BROOMFIELD, Colo. — If demand for wind energy jobs continues to boom, workers who need training may get it in Colorado.

Workrise, a Texas-based workforce management company, opened a wind training center in Broomfield in early May. The 56,000 square foot facility was designed to train people interested in working on wind turbines.

The Broomfield facility gives trainees hands-on experience working on replica pieces of wind turbines. What looks like a giant jungle gym on one side of the building serves as a space for workers to learn basic safety and rescue operations.

“A huge part of training people to work on wind turbines is working at height and rescue from height," Vansciver said. “We can train a scenario where you need to rescue from a hub, from a blade, from somebody who has fallen off the edge of a turbine and is in suspension.”

The U.S. Bureau of Labor Statistics predicts jobs for wind turbine technicians to grow 68% between 2020 and 2030. About 1,400 openings are expected on average each year.

“Our vision here is to create a robust and long-term training program to build a high-quality workforce to serve the demand in the industry," Vansciver said.

The opportunity drew Jaime Romero to Broomfield from El Paso, Texas. Romero, 28, wants to follow in his father's footsteps, even if that means climbing to 350 feet.

“I’ve never been afraid of heights," Romero said. "I want to try this.”

Romero recently trained at Workrise where he learned to repair wind turbine blades. It's the same kind of work his father has done since 2009.

"You start getting the hang of it slowly, and you just want to move on to the next step," Romero said. "You’re like, 'alright what’s next? What else can I do?'”

An instructor worked with Romero inside the facility's blade training lab. They each wore white, protective suits and masks as they grinded pieces of turbine blade.

“We’re training in composite," Romero explained. "Pretty much how to fix blades where they’ve been hit by lightning using different materials."

Romero was on his third day of a week-long course learning the art of blade repair. He'd already taken a week of basic safety training. Vansciver said trainees like Romero could be out working on real turbines soon.

“If you come and train through here, you qualify, you pass, we provide a job and a deployment and you’re working on Monday after you finish training on Friday," Vansciver said.

Workrise started out in oil and gas but expanded to renewables. The company trained about 90 wind turbine technicians in its first four months in Broomfield and hopes to put thousands to work in the next eight years.

RELATED: Companies team up to build a major wind farm in northeast Colorado