The vintage clothing retailer based in Arizona has shut down three locations in Denver and Boulder following accusations against the franchise partner. 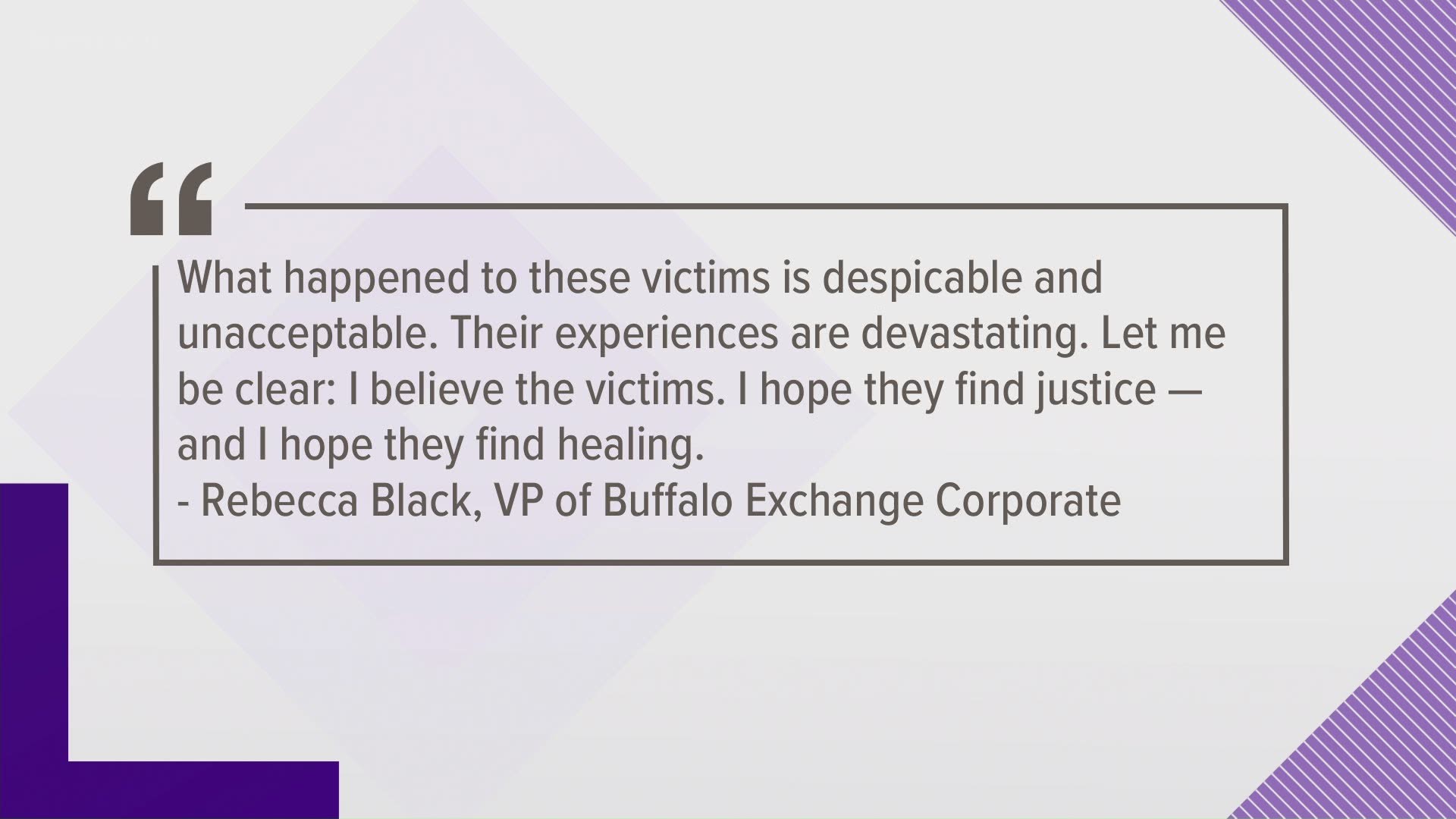 DENVER — A vintage clothing retailer has shut down three stores in Denver and Boulder after abuse and harassment accusations against a franchise partner surfaced this past week on social media.

Buffalo Exchange, which is based in Tucson, Arizona, posted an open letter on its website on July 30, after dozens of employees and others came forward anonymously with accusations against Colorado franchise managing partner Patrick Todd Colletti.

"What happened to these victims is despicable and unacceptable," wrote Rebecca Block, Buffalo Exchange Corporate vice president, in the open letter. "Their experiences are devastating. Let me be clear: I believe the victims."

Block wrote in the letter that the company's franchise agreement with Colletti was terminated and Buffalo Exchange had revoked rights to its brand and name.

"I want you to know that under no scenario will Colletti have a place anywhere in Buffalo Exchange ever again," Block wrote in the letter. "The same goes for anyone who was in a position of authority who knew what he was doing and did not act."

The Denver Police Department (DPD) confirmed that they are investigating and asked anyone who was a victim to call 720-913-2000 to report it.

9NEWS has also reached out to the Boulder Police Department on whether they're investigating and has not received a response.

Buffalo Exchange has more than 30 franchise locations in 19 states and the District of Columbia.

RELATED: Man says he was arrested by Denver Police in a case of mistaken identity