The fire erupted just after noon March 7 at 1833 Emerson St., sending flames and thick, black smoke high into the air and leading construction workers to jump to safety from the second and third floors. 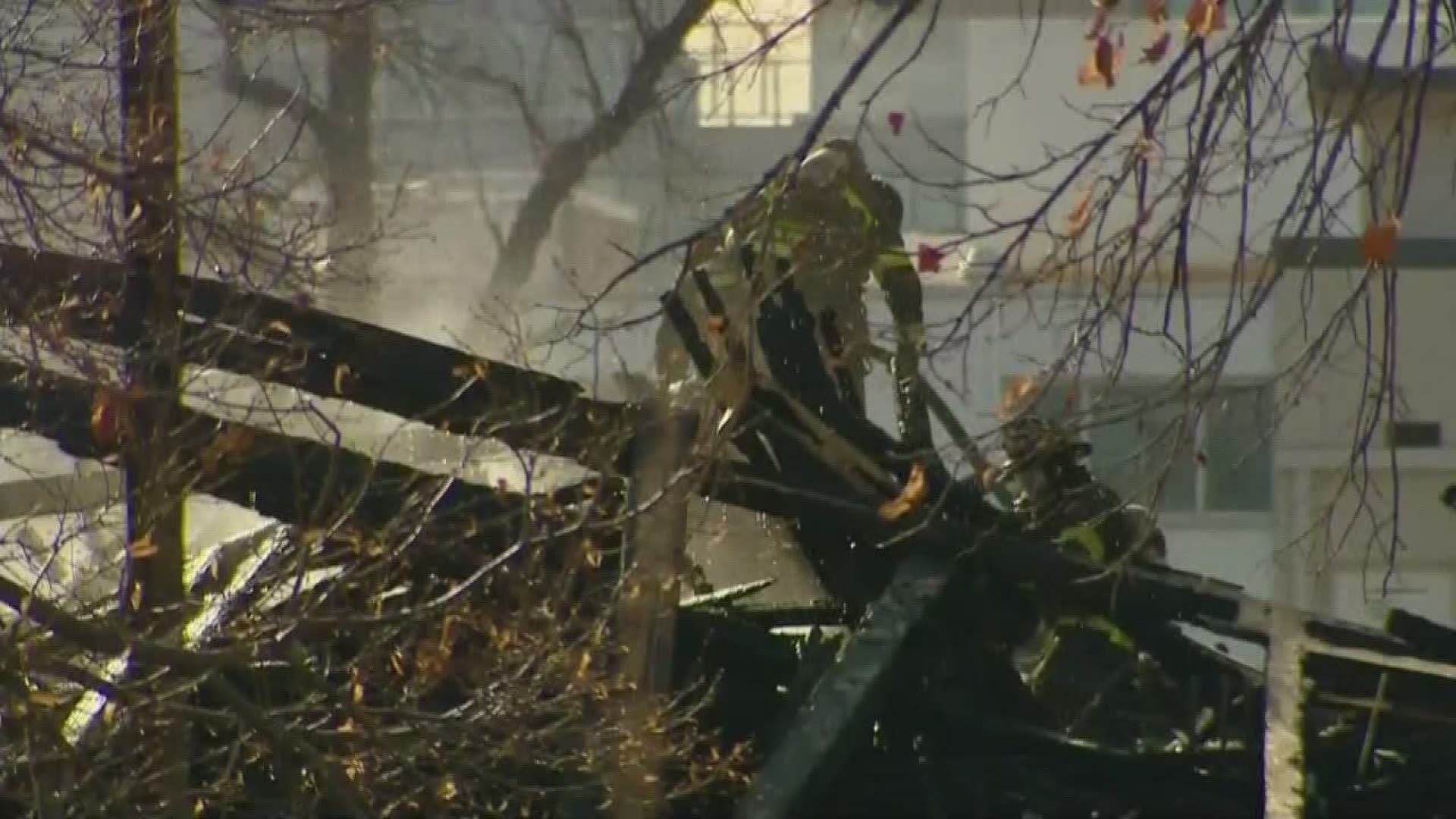 Investigators have so far been unable to determine what caused a raging three-alarm fire in March at an under-construction apartment complex that took the lives of two workers.

Denver fire Capt. Greg Pixley made that announcement Wednesday, saying investigators had concluded the fire at 1833 Emerson St. wasn’t started by framers, welders, plumbers, drywall workers, insulation workers or electricians. He also said that electrical and heating equipment at the construction site had been ruled out.

“We’re going to list this as undetermined at this time,” Pixley said. “This case will remain open and under investigation.”

Pixley urged anyone with information about the incident to contact the Denver Fire Department.

He declined to address the question of whether the fire could have been a case of arson.

The determination came after investigators conducted more than 200 interviews, studied scores of digital photographs and videos and considered more than 40 tips.

The two construction workers who died in the blaze – Roberto Flores Prieto, 29, and Dustin Peterson, 37 – both succumbed to smoke inhalation. Other workers saw them at a window on the east side of the fifth floor as the fire burned below them before they turned back into the building, apparently looking for a way out.

Their bodies were located about 12 feet away from each other on the south side of the building.

Because the upper floors collapsed, investigators have been unable to determine exactly where they were when they died.

Construction on what eventually was designed to be a five-story building with 85 separate apartment units began in 2017.

Just after noon on March 7, some of the 61 construction workers on the site reported smoke, Pixley said, and a superintendent ran into the building to investigate. He was met by significant smoke traveling down a stairwell on the third floor of the building, which included a first-floor constructed of concrete and four upper floors that were wood-framed.

The heat drove the superintendent back, and efforts began to evacuate the building. Some workers jumped or fell from the second and third floors to escape the flames, and several suffered injuries. In the chaos, bystanders rushed to help workers fleeing the building.

The flames advanced quickly – shooting high into the air and fueling a plume of smoke that could be seen from miles away.

“The reason the fire spread so quickly is because of the open nature when you have a building under construction and the amount of wood that was available,” Pixley said. “As the fire grew, it spread rapidly through this open construction.”

The fire grew so intense that it damaged seven nearby buildings – destroying one – and charred 45 vehicles parked in the surrounding area.

By the time firefighters extinguished the flames, the four upper floors were effectively one charred heap.

“We had four floors that collapsed on top of each other,” Pixley said.

Locating the spot where the fire began was a painstaking process, requiring investigators to pull apart that burned rubble one layer at a time.

“This is a very disciplined, very thorough and very specific process,” Pixley said.

Still, it is not clear whether the cause will ever be determined.

Anyone with information about the incident was asked to call the Denver Fire Department tip line at (720) 337-2828.