Beat the ski traffic: CDOT urges drivers to get on the bus

The Snowstang bus has been running nearly half empty, but CDOT says it takes time to increase ridership. 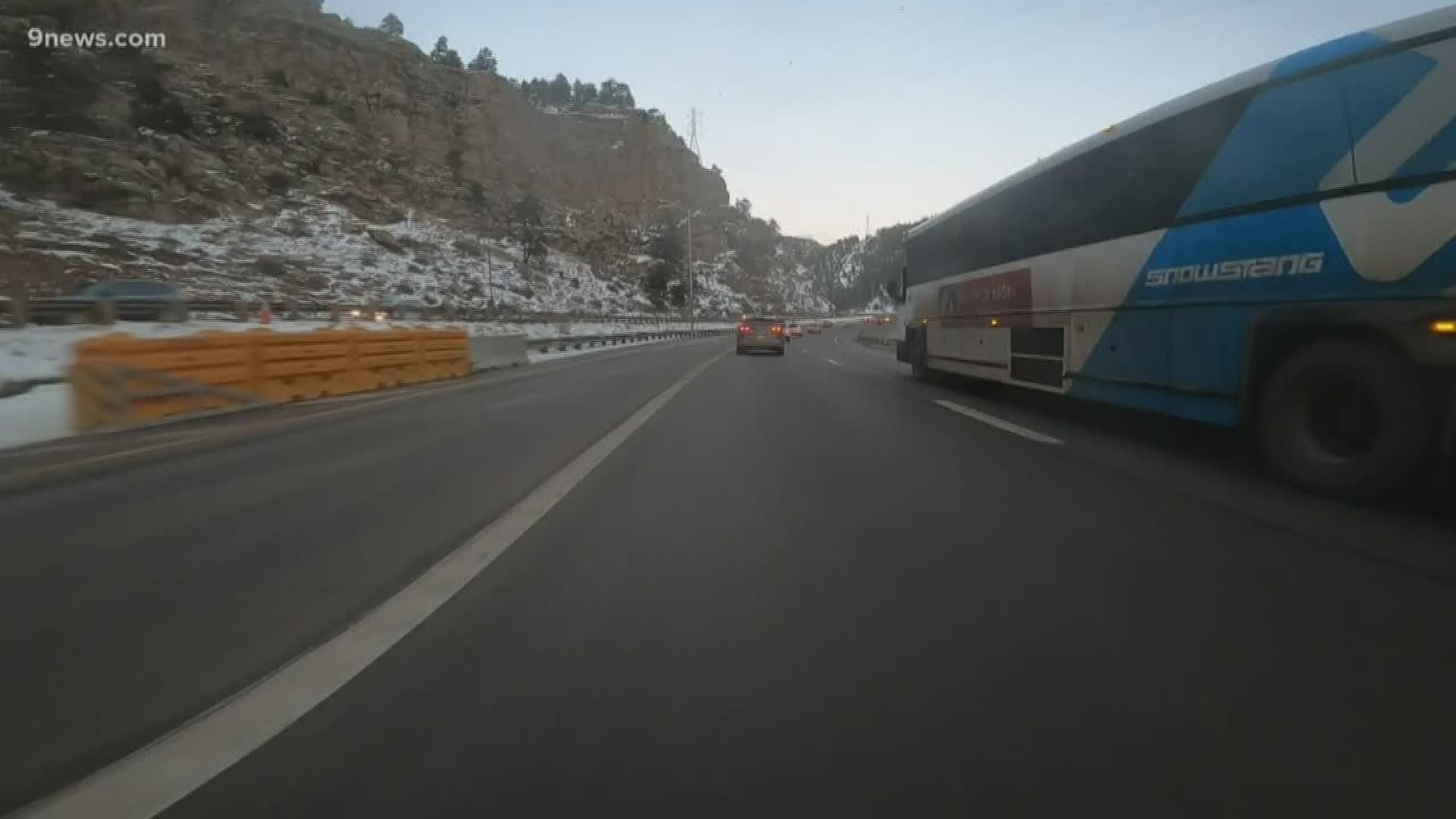 The snow in the mountains was epic this week, but so was the traffic.

Some people left well before the sun rose to make it to the fresh powder. Others found themselves in bumper-to-bumper backups trying to make up for their late start.

But beating the traffic comes at a price. Try leaving for the mountain four and a half hours before the lifts even open.

"You have to beat traffic when there is this good of snow in Colorado," said Greg Martin, who went up snowboarding to Copper. "Left at 4:30 am and still drove two hours. Feel bad for everyone who left at 5 am and thought that was early."

It's becoming an age-old question every Coloradan finds themselves asking each winter: Is the powder worth sitting in all the traffic?

"When you get there early, get one of the first five chairs, good snow, always worth it," said Martin.

RELATED: Skiers and snowboarders consider fresh snow worth the wait on I-70 Saturday

CDOT is trying to get cars off I-70, especially on busy winter weekends.

The Snowstang bus started in December to several ski resorts, but the buses haven’t been full just yet. 584 people have taken it to Arapahoe Basin, 774 have ridden to Loveland, and 213 hopped on to Steamboat. That’s less than half the total capacity since the routes started 8 weeks ago.

RELATED: Vail's lift line during the Friday snowstorm looked like a line at Disney World

However, there have been some routes like the RamsRoute to Fort Collins and the Bustang to Broncos games that started off with full capacity.

"I’ve been here 42 years, 44 years, I came out in 1976 and the traffic is outrageous. Terrible," said Mark Sumh of Georgetown. "There’s just too many people trying to do the same thing. It just has ruined the Colorado that I knew."