The Colorado Department of Public Health and Environment will pay fire departments $40 per gallon to switch to a safer alternative. 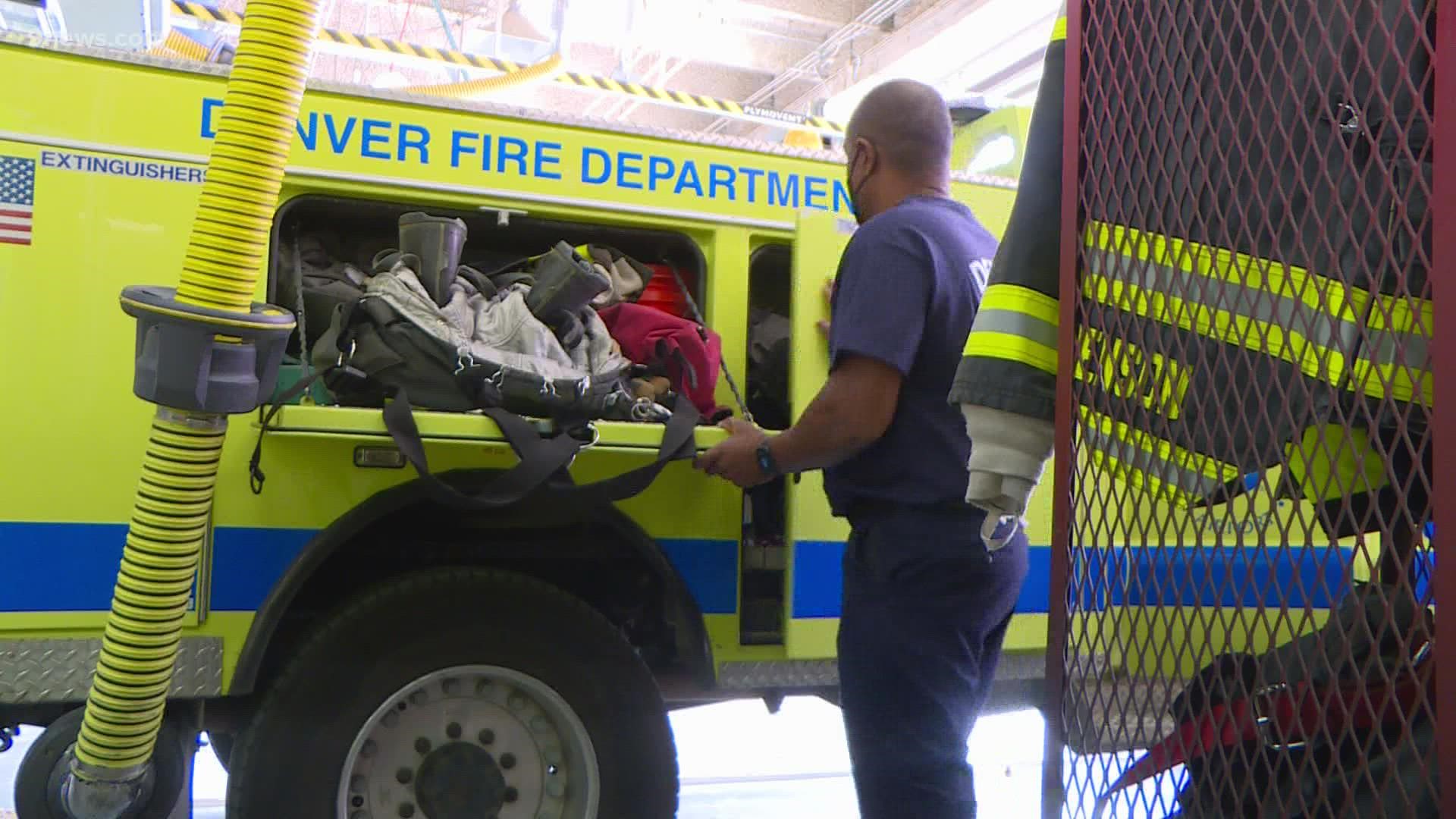 DENVER, Colorado — For years, fire departments have been using a foam laced with toxic chemicals to fight large, fuel-based fires – a new program in Colorado allows fire departments to swap out their original foam with a safer alternative.

The U.S. Environmental Protection Agency has linked cancer and other medical conditions to the chemicals, known as PFAS, in the firefighting foam and are considered "forever chemicals" that are extremely hard to remove from the environment and the human body once they are introduced.

The Colorado Department of Public Health and Environment (CDPHE) recently began the firefighting foam buyback program called the "Takeback" program – where Colorado fire departments can take unused firefighting foam containing PFAS out of service and safely store it until there is a safe disposal method.

According to the CDPHE's website, fire departments will receive $40 per gallon. The money will go back to the fire departments, resulting in a cost savings for taxpayers, cities and counties.

Payment distribution will begin Oct. 1 and run through March 31, 2022.

The Denver Fire Department (DFD) is in the process of making the transition as part of the buyback program.

"We are very excited about this program and it will save the city and county of Denver tremendous amounts of money as we get rid of the old bad foam and start to replace it with this new foam that gives us an opportunity to protect the environment," said DFD Capt. Greg Pixley.

The DFD has large quantities of the toxic firefighting foam at their station located at Denver International Airport. Foam is almost entirely used to fight fuel fires, which could be caused by airplanes.

Larger fire engines can hold 300 gallons of the foam, along with water mixed in – the station also has multiple five gallon containers of the foam.

"We have to protect them from any potential fire situations and in those situations, we use foam to help us to extinguish any type of fuel fires that we have. The unfortunate reality with this foam is that it has an ecological damage to the environment," said Capt. Pixley.

Governor Polis signed a law in 2019 prohibiting training using foam made with PFAS – the law does not prohibit departments from using it in emergency situations.