The Sunday standoff lasted more than 16 hours after a man who barricaded himself inside his home shot three officers. 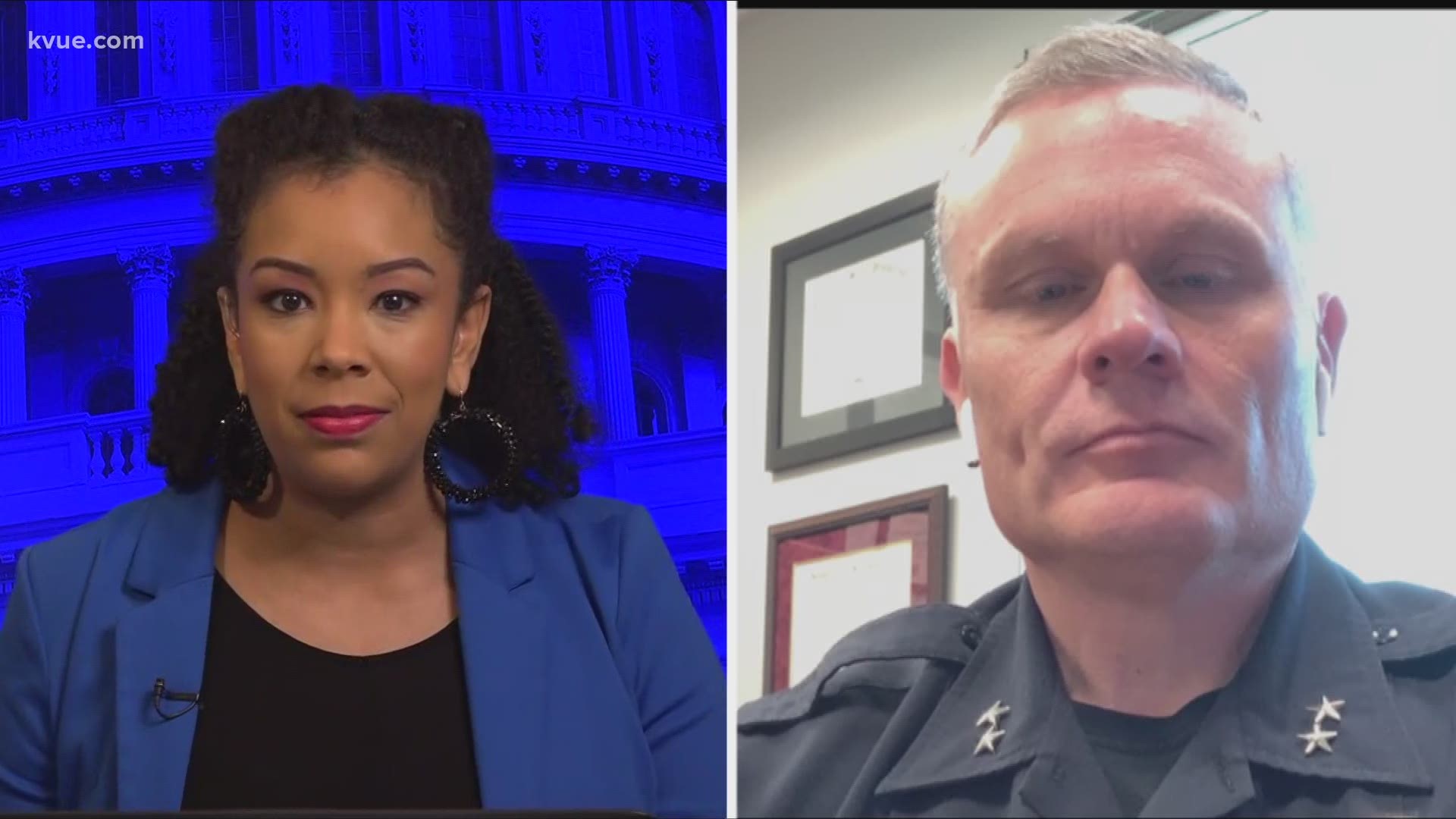 CEDAR PARK, Texas — A standoff situation in Cedar Park that started on Sunday, Aug. 16, ended peacefully after more than 16 hours. A man shot three Cedar Park officers and barricaded inside of his home with his siblings and mother inside before eventually coming out.

The Cedar Park Police Department identified the man involved as 26-year-old Joseph Taylor, who has had a history of family violence. Taylor is now in jail facing felony charges.

"We were prepared. We know we wanted the outcome to be peacefully and we wanted to end it without anyone else being hurt in this situation," Harmon told KVUE's, Ashley Goudeau. "And so our folks are trained well. They had the mindset. You know, our No. 1 core value in our department is life in the preservation of life. And so we knew that time was on our side and we were gonna be out there as long as it took to end this situation peacefully."

Goudeau brought up how some people were wondering why officers didn't use gas maneuvers to end the situation more quickly, and Chief Harmon said they decided to rely on the negotiators to resolve the situation.

"So any time you have hostages involved, you know that that plays into the whole situation," he said. "And if it would've been just this young man, you know, we may have handled it a little bit differently, but we knew we wanted to bring him out peacefully."

Two of the officers who were shot have been released from the hospital. The third officer is expected to be released Wednesday afternoon. The officers were identified as follows:

Taylor has been charged with aggravated assault with a deadly weapon on a public servant and three counts of aggravated kidnapping.

TOUCHING MOMENT: @CedarParkPD Ofc. Nik Anderson has been released from the hospital after being shot Sunday afternoon during a hostage situation. The bullet hit his upper bicep and he underwent surgery.