Census data shows how much Colorado has grown, diversified over the last 10 years

The state also became more diverse, especially among those who identify with two or more races. 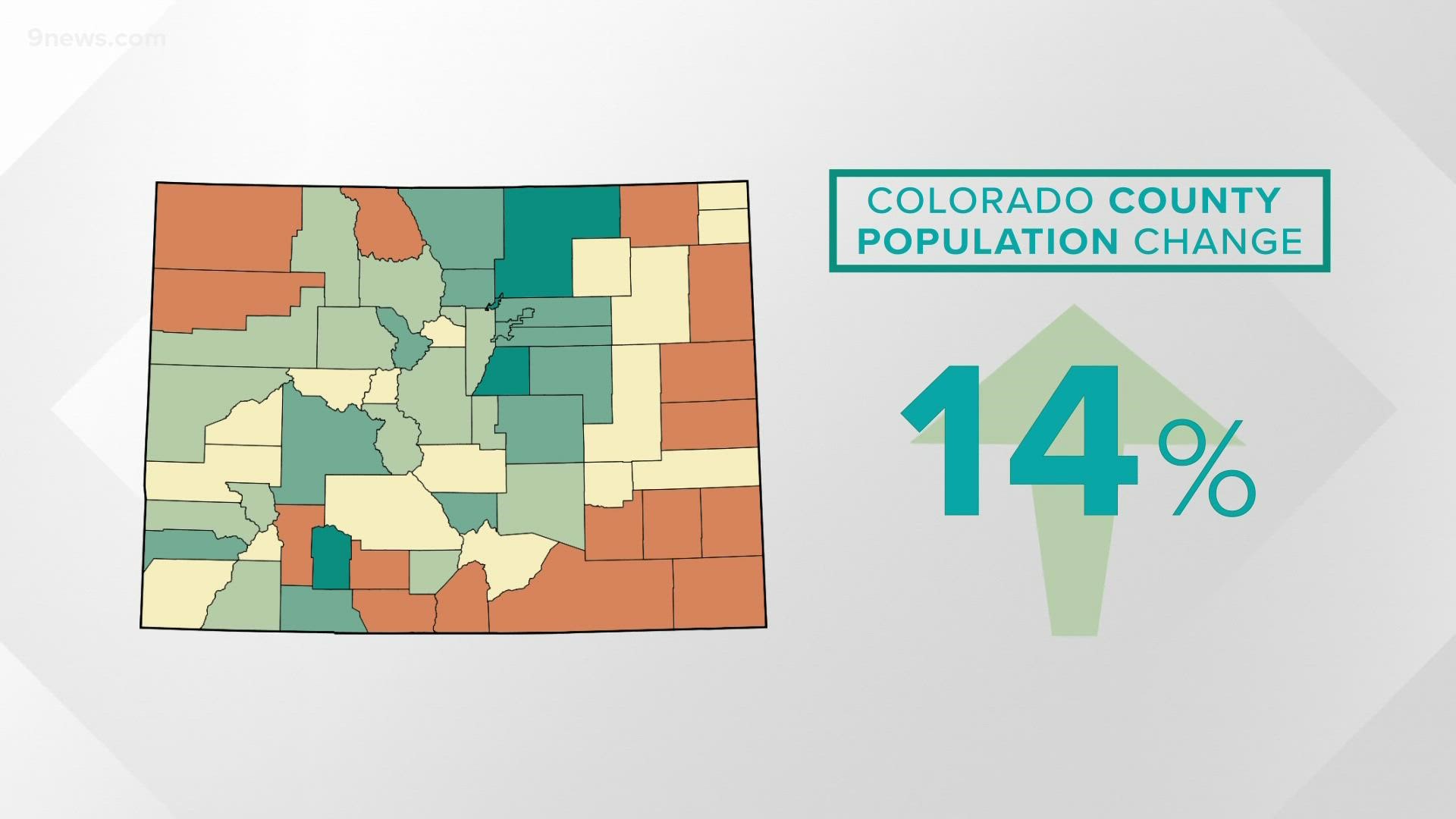 COLORADO, USA — The census bureau issued its most detailed picture yet, on Thursday of how the US population has changed over the past decade and shows how our country is increasingly diversifying.

RELATED: Yes, the 2020 census has been completed, but full redistricting data hasn’t been released

The state of Colorado has grown by more than 700,000 people over the last ten years, according to the new census data.

Broomfield county had the highest growth percentage in the state at 32% and Kit Carson the lowest at -14%, meaning their population dropped by 1,183 people over the last 10 years.

Denver and El Paso counties grew by more than 100,000 people.

Diversity in the state

While Colorado remains predominantly white, the state is seeing a slight increase in the proportion of the population that identifies as either racially or ethnically diverse.

About 65%, or 3.7 million, of Colorado residents, identify as white and not Hispanic or Latino. In 2010, 70% of residents identified as white.

Nearly 22% of Coloradans, or 1.2 million, identify as Hispanic or Latino.

NPR has reported that minority populations could be massively undercounted. Despite that, minority communities did demonstrate some growth in the Centennial state.

Leaders of the Census Bureau said they would publish data in a more user-friendly format by September 30. Until then, people can use this website to take a closer look at the data themselves.

This is a preliminary analysis of the new Census data. 9Wants to Know will continue to pursue stories with the information. If there’s anything we should look into, contact investigative data journalist Zack Newman at zack.newman@9news.com or 303-548-9044.