We’re about to tell you something you probably already could have guessed: Denver is the fastest-growing city in the country, according to census data. 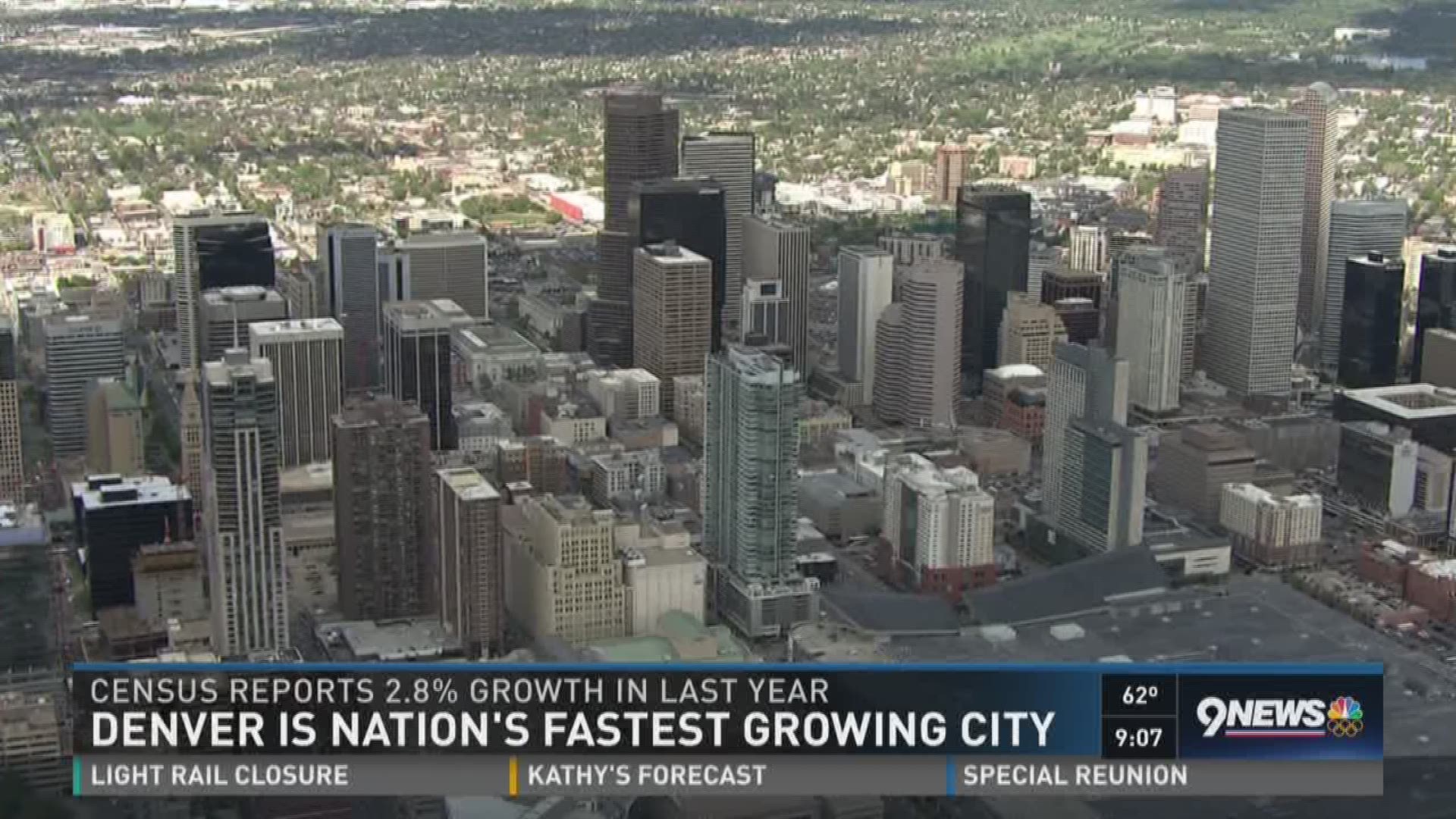 We’re about to tell you something you probably already could have guessed: Denver is the fastest-growing large city in the country, according to census data.

In fact, in just the last year, Denver’s population jumped by 2.8 percent. It was enough to move it up two spots, making it the 19th largest city in the country.

More than 18,000 more people are living in Denver than a year ago. In other words, about 50 people come to the city every day.

And even as the population grows, unemployment remains low, hovering at around 3.3 percent.

"It's like a gold rush in Colorado," said Kelly Brough, president and CEO of the Denver Metro Chamber of Commerce, told USA TODAY. "People want two things as they make a decision of where to live these days. They want a good job and they want a great quality of life. Back in my day, you would have been willing to sacrifice quality of life for a good job. Today, I think this generation is saying, 'No, I want both.'"