In order to make change, one must know how to make it. That's why the Center on Domestic Violence was created at the University of Colorado Denver. 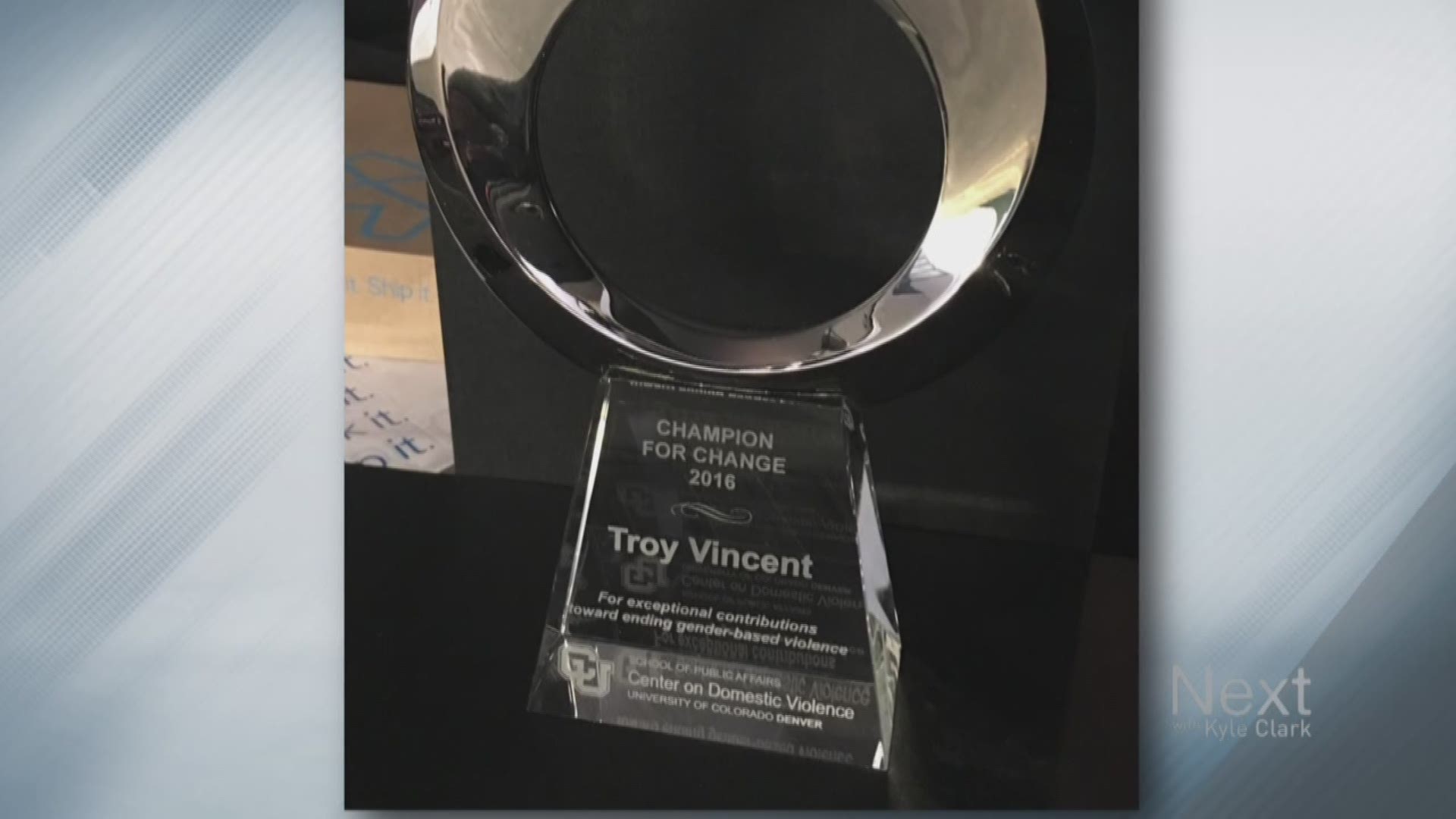 In order to make change, one must know how to make it. That's why the Center on Domestic Violence was created at the University of Colorado Denver.

"The center was actually created as a result of a nationally recognized need to create strong leaders for the future of domestic and sexual violence movements," Barb Paradiso, Center on Domestic Violence director, said. "We provide them with the knowledge and the support and the resources to do their job really, really well."

For the first time, the Center is giving out the Champion for Change Award, a national recognition for people who are pushing the fight against domestic and sexual violence. The inaugural recipient is former NFL player and current NFL executive director of football operations, Troy Vincent.

"Always humbling to be recognized for the work, but the real work, the real champions, the real heroes are the victims," Vincent said.

His passion to fight against abuse stems from his own personal experience growing up and as an adult.

"In witnessing violence against my mother," Vincent said. "My daughter experiencing sexual assault., my son. That has come full circle. So, I've seen it first hand."

Paradiso says Vincent exemplifies the values the Center stands for.

"He has done a remarkable job over the last 20 years or so engaging men and doing work around these issues which is something that is fairly new," Paradiso said.

The NFL has had problems with domestic violence. The video involving former running back Ray Rice abusing his wife caused a national uproar. Over the last few weeks, former New York Giants place kicker Josh Brown was accused of abuse and cut from the team.

Brown has been part of efforts to change the league and promote a public awareness campaign against domestic abuse.

"My colleagues are, we're listening," Vincent said. "We're learning about the complexities of these issues. We're adjusting and enhancing a policy and education and intervention. But, this is a problem we all face."

"They've stood up. They're agreeing to take a stand around this issue. They're changing policy. They're using their voice and their leverage to make change in our communities."

Making change is exactly what the Center is about as it tries to turn people's passion against abuse into a practical push towards making a difference.

"We've got to talk and amplify what the work is being done here. To come and learn the research that's been done, it makes people like myself a better advocate," Vincent said.