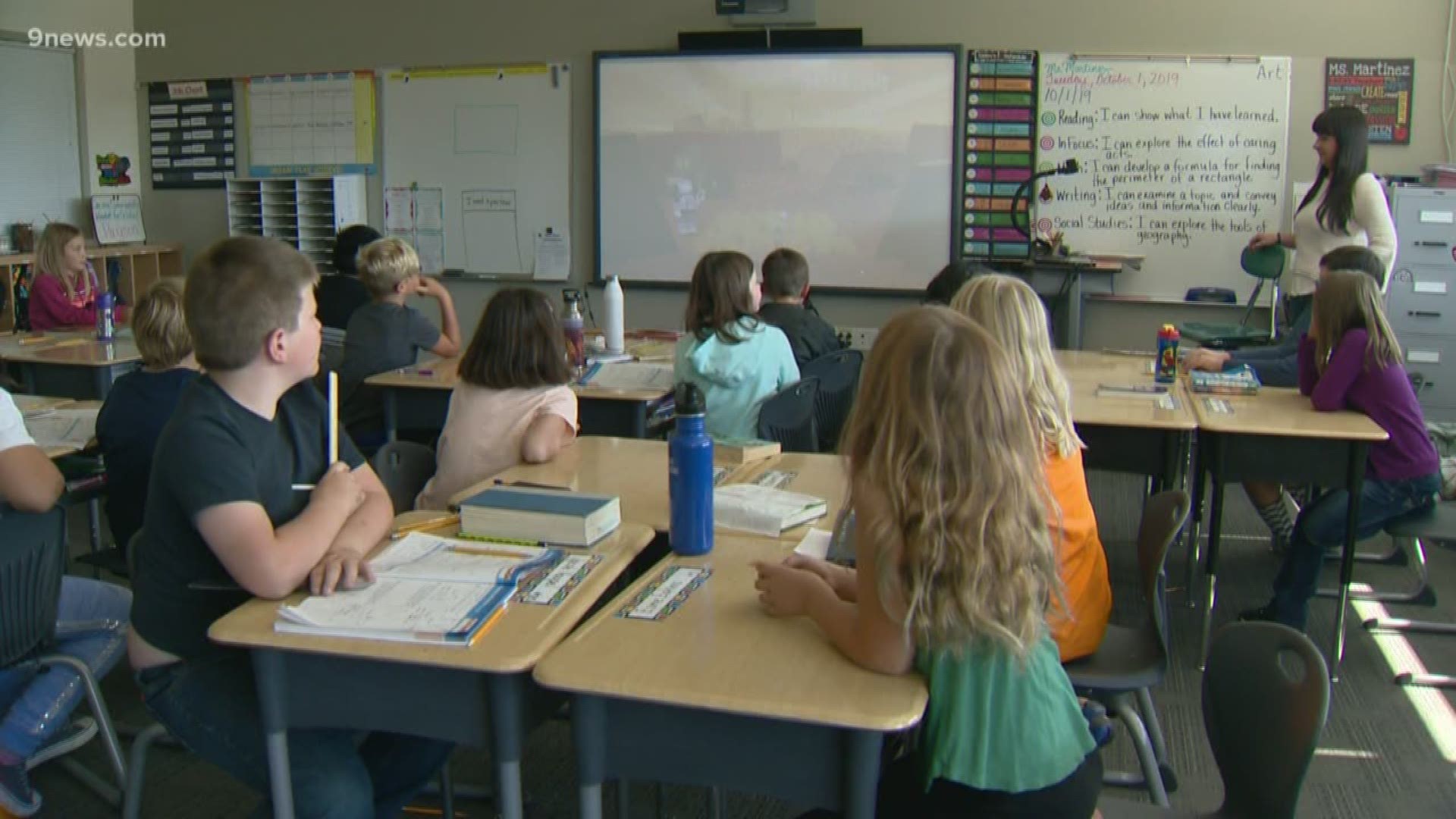 SALIDA, Calif. — Longfellow Elementary is trying to cultivate a nurturing environment for its students and staff through a mental exercise they all participate in every morning.

“We do mindfulness practice," said fourth grader Maci Pridemore. “Mr. McKenna will hit a little bell, and then he’ll make us take a few deep breaths, and then we’ll do some exercises with our fingers.”

“It’s a concentration exercise,” said Principal Chuck McKenna. "One of their favorites is they trace their hand, (and) as you move up a finger, you breathe in and then breathe out.”

Longfellow Elementary is a Kindergarten through 4th grade school with about 430 students in the Salida R-32 School District, located about 142 miles southwest of Denver.

According to the school, they focus on developing growth-mindsets and a social-emotional curriculum that helps students with a deeper self-awareness and the ability to create and have meaningful relationships with others.

“Everyone has bought into the idea that we have a strong social and emotional and thinking skills approach to education,” McKenna said. “There’s that kind of an approach to things (that) is let’s help them get into a mindset with an attitude that, 'I can learn, and I want to be here.'"

Last month, the town of about 6,000 residents was threatened by the Decker Fire that burned nearly 9,000 acres and is now 100% contained. McKenna said at times they have had heavy smoke blowing into the school and at times had to cancel recess. McKenna said he hopes exercises like the Mindful Practice makes them feel safe.

“They’re restless,” he said.  “And when they do (the exercises), they quit worrying about things because you’re just feeling and you’re just right there.”

“The reality is that if you are feeling emotional about something, no matter if you are a child or an adult, it’s very difficult to function,” said Exceptional Learning Specialist Felicia Hermosillo. “If you’re the type of person or child that’s had a lot of uncertainty in your life, when you see so much smoke outside of your building, that can be terrifying, and then it’s hard to focus on two-step number problems because that’s all you can think about.”

According the school, they promote a “caring community” where staff work to provide focused, appropriately paced learning for their students.

“The social/emotional aspect is actually the first area that needs to be worked on for students because if, 'I'm not feeling emotionally settled…I can’t learn,'" Hermosillo said.

“When things get hard, it really doesn’t matter,” said fourth grader Santos Evangelista. “It’s OK to ask friends to be there for you. It’s OK to ask for help.”

The Succeeds Prize is awarded to Colorado public schools and educators that show innovation in education.

“The teachers are affirmed, teachers don’t get that very often,” McKenna said.  “They pour their hearts into what they do and spend so much time and to have somebody say ‘wow, you guys are doing it’ and it’s helped the mood of the building.”

“I hope this raises some questions statewide about what are we doing statewide (and) why can’t we do this in other schools,” Hermosillo added.

A total of $150,000 was awarded with the hope the winners will share their best practices with other schools in Colorado.

A data-driven process was used to identify and recognize innovative public schools in Colorado.

“It makes me feel surprised because there were 3 schools that got voted and we won which surprised me," Pridemore said.

For more information about The Succeeds Prize, go to: TheSucceedsPrize.org.